My designing friend Zang Toi was honored by a local chapter of the Organization of Chinese Americans on Saturday. When he first found out he was going to receive OCA’s Dynamic Achiever award, he set about trying to organize his friends to attend the awards dinner in Tarrytown, N.Y.  But getting 30 or more Manhattanites to agree to go to Tarrytown turned out to be no easy task. I told Zang that his only hope was to rent a bus. So he did! 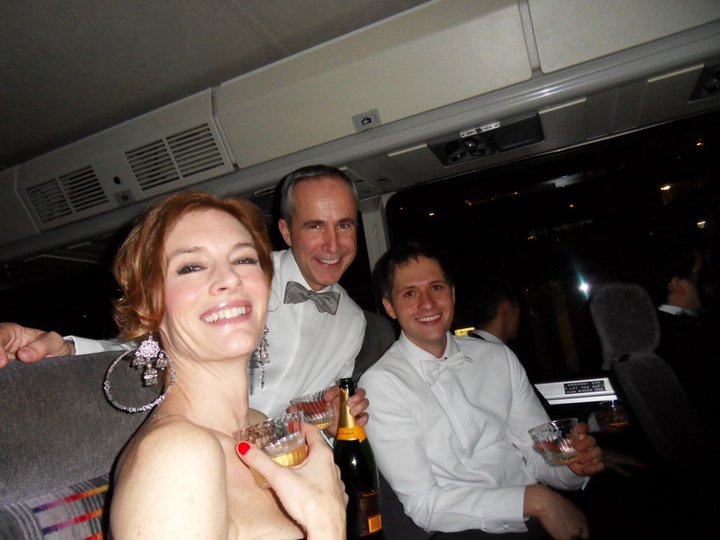 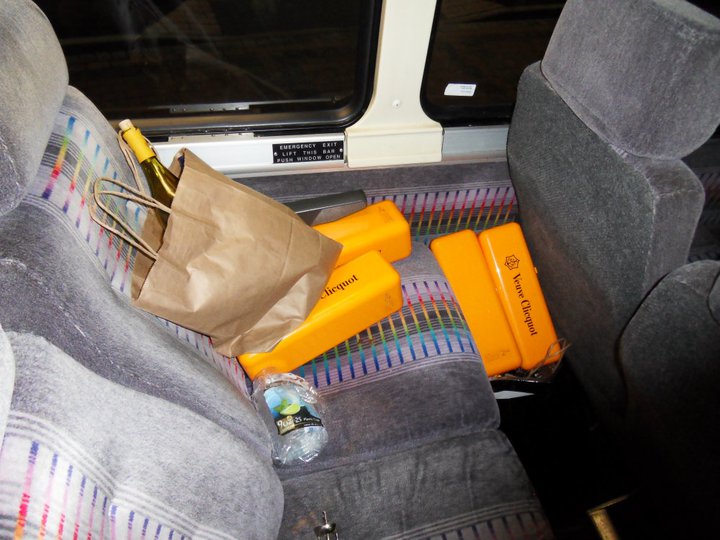 Every bus should be equipped with Champagne. Photo courtesy Kevin Christensen.

Zang’s mother and his only sister came from Malaysia for the event. (Zang is the youngest of seven siblings.) 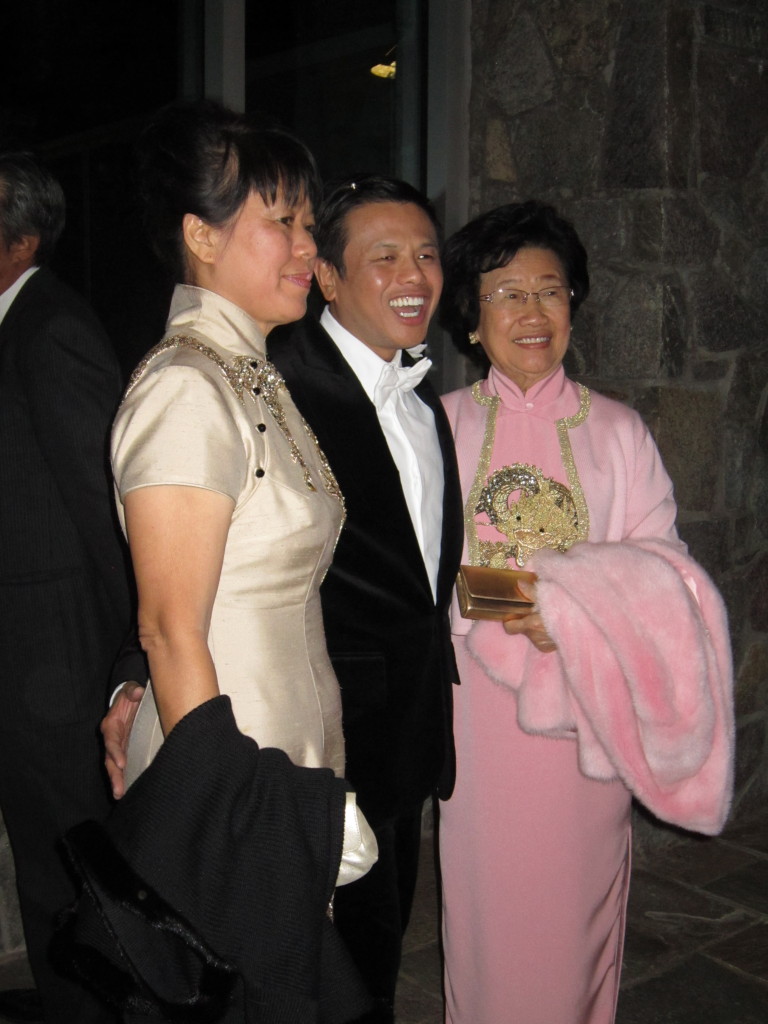 At Zang’s request, I wore my Zang Toi cityscape gown, which was photographed by the New York Times last November and by Food & Wine Magazine last month. You can see it in the photo below, along with my artist friend Natasha Zupan (second from right) and the famous peacock mini dress. 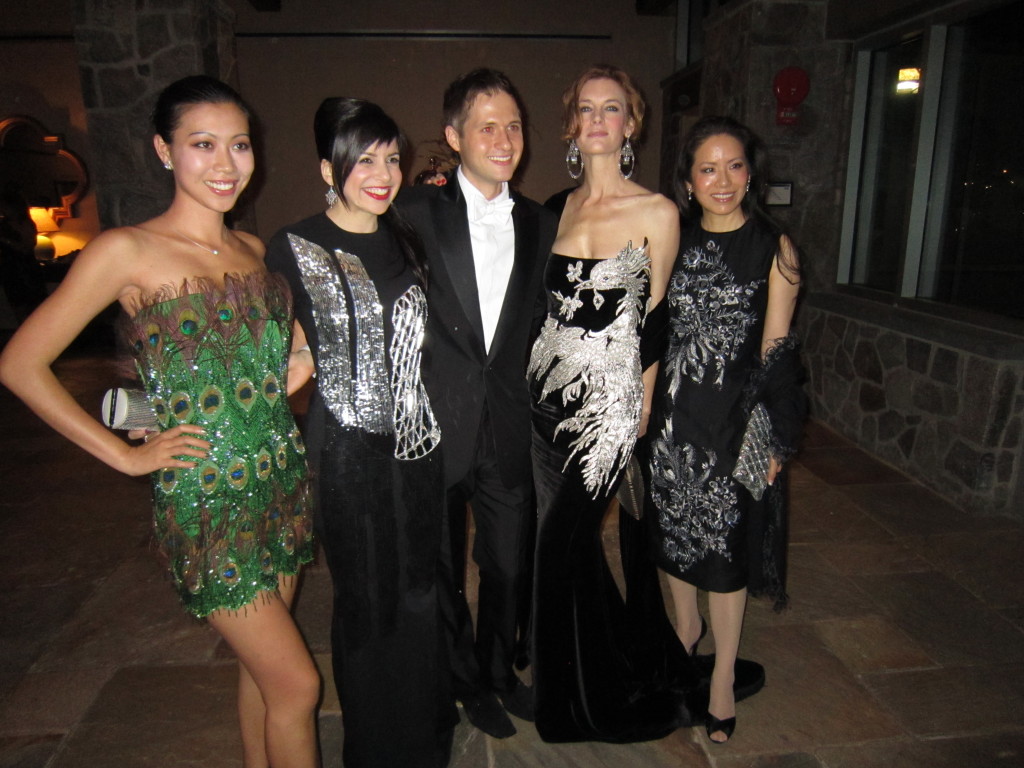 Just a few of Zang's guests.

All of the Zang-wearing ladies squeezed into a shot. 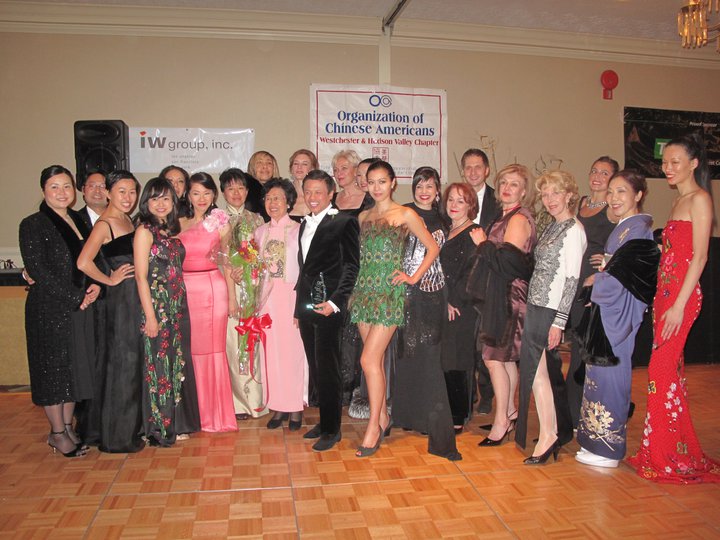 Zang was wearing something very special too: dragon cufflinks designed by me! He’s trying to show them off in this photo, but it looks like he’s feeling me up instead. 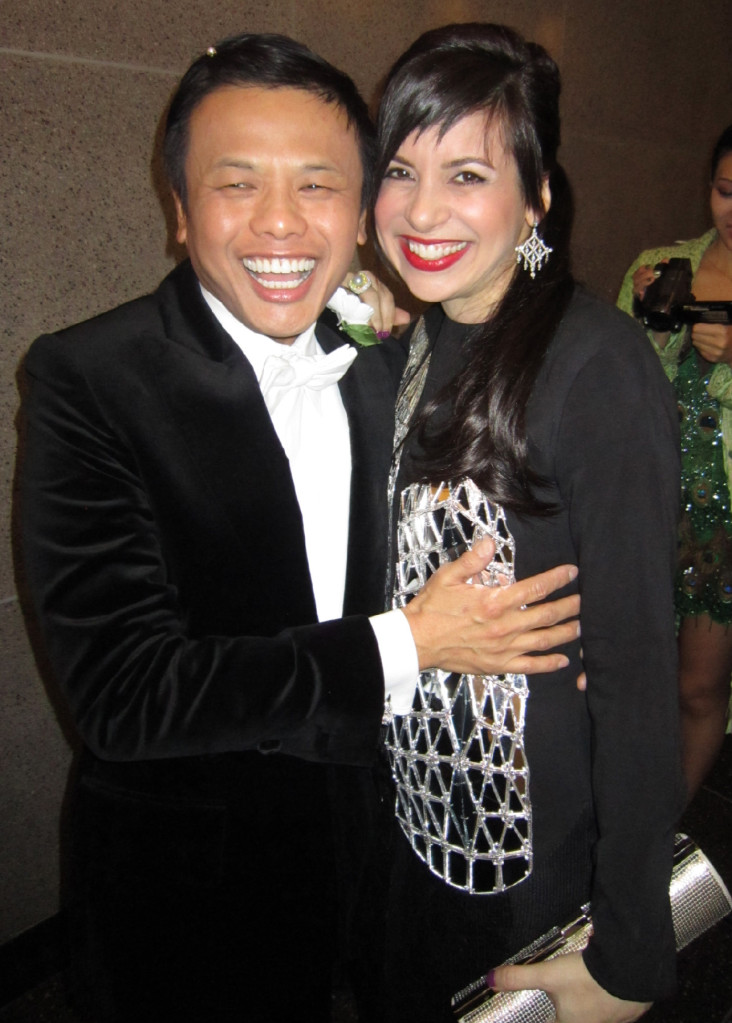 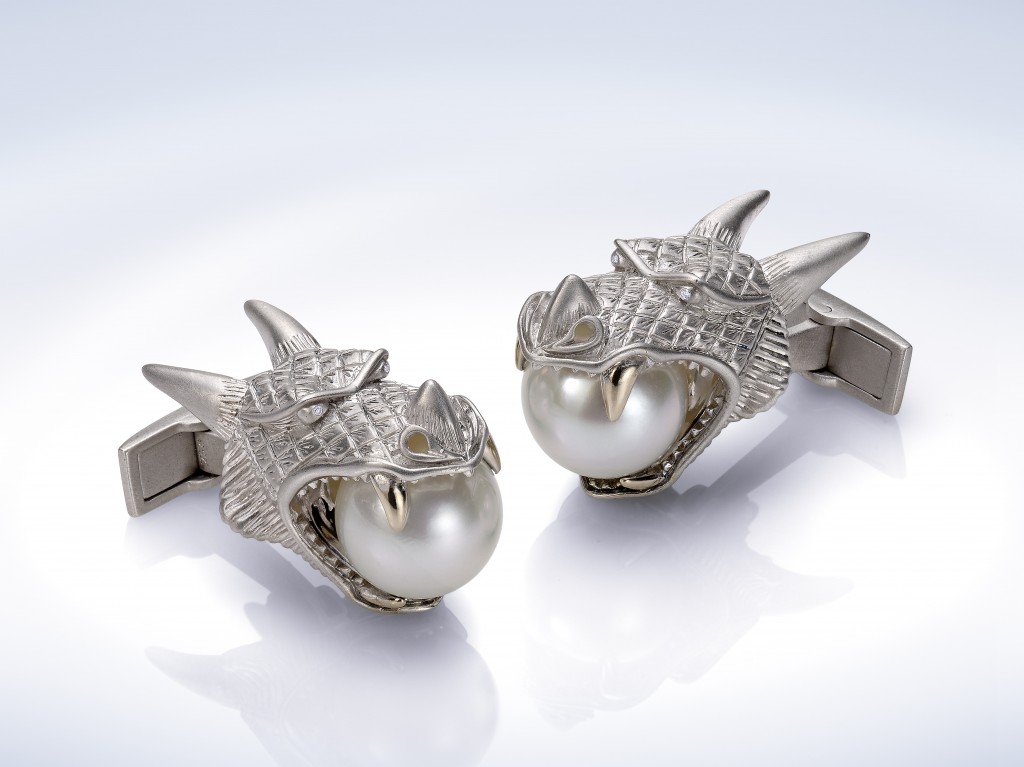 The dragons are 18K white gold with diamond eyes. The South Sea pearls in their mouths measure over 12mm each. That is may-jah for pearls. The design was created to Zang’s specifications: he chose the pearl size and the metal. I’ll be adding a yellow-gold version of these to my line. Zang will be the only guy with the white-gold version. He’s special … but you already knew that!

A ring is coming too. It will have its own unique look. Wait and see!

UPDATED TO ADD: A Quest for “It” wrote about the event too.