Because of my pre-jewelry life as a journalist, I’ve always been a sucker for newspaper-print clothes. 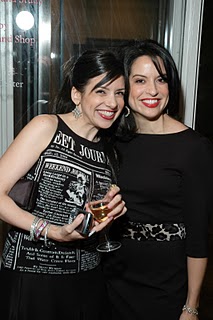 I got this newspaper-print jacket a couple of years ago on eBay. 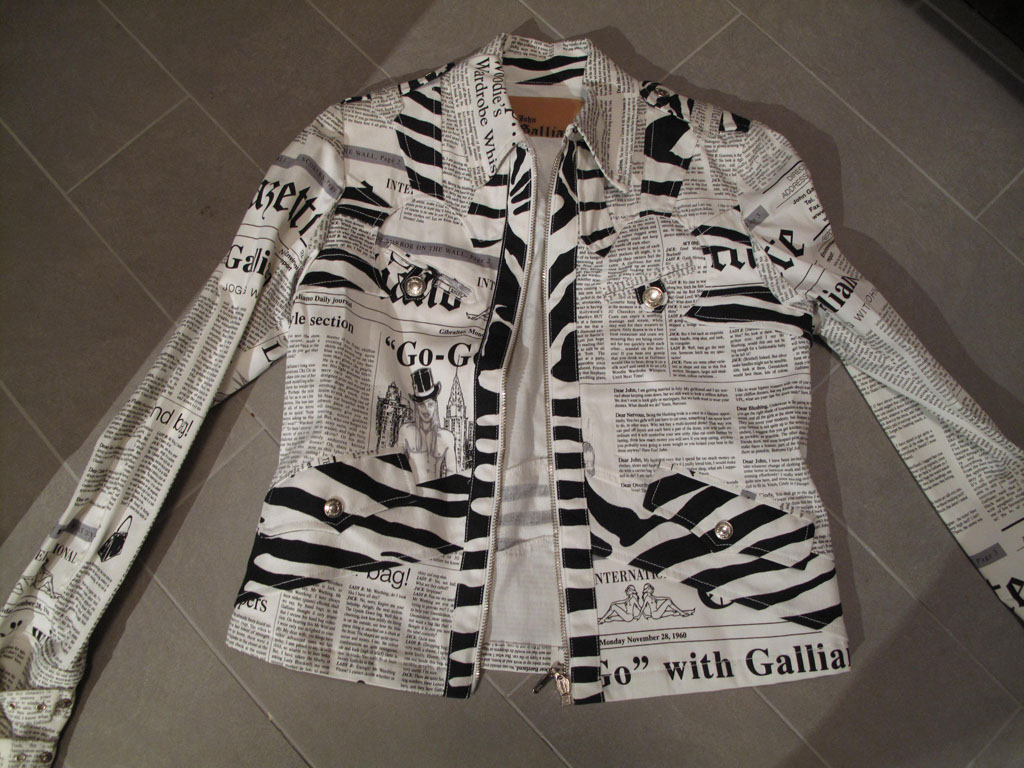 I won’t be wearing it again. Check out the back. 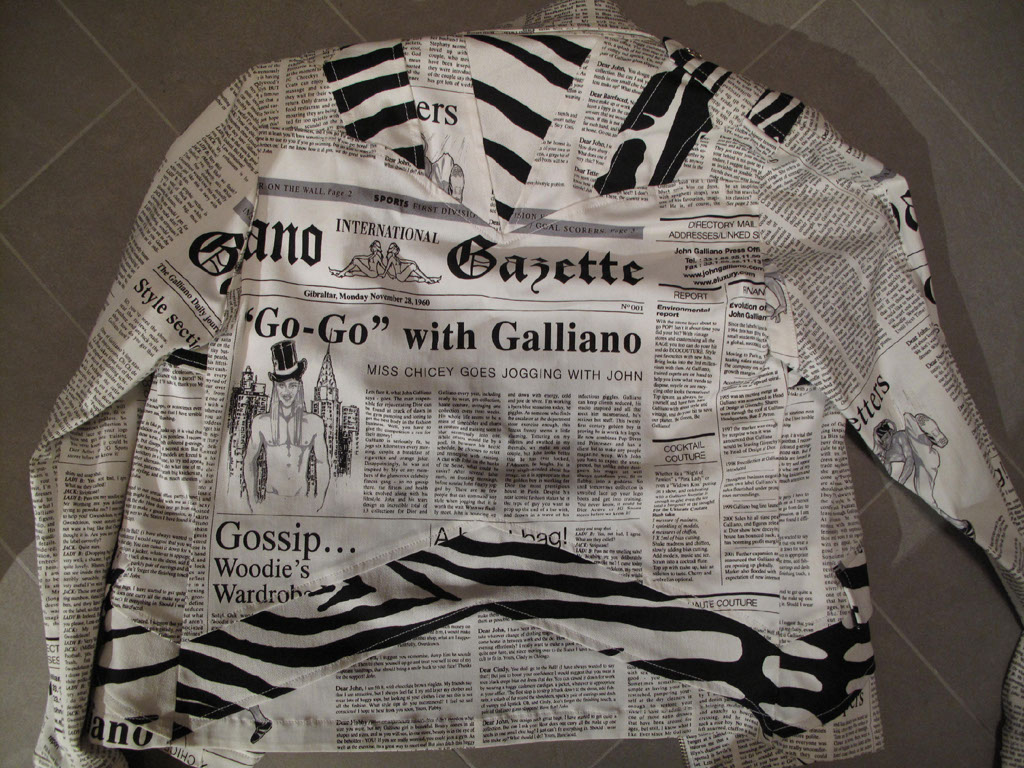 Yep, that’s Hitler-loving John Galliano‘s name in eye-catching black and white. If I owned any Christian Dior or John Galliano clothes that didn’t have his name in bold on them, I wouldn’t hold their origins against them. But this clearly labeled piece is way too weird to keep.

Maybe Galliano will start hanging out with movie director Lars Von Trier, who was declared persona non grata by the organizers of the Cannes film festival after he awkwardly joked about Hitler and Nazis. It might not be the beginning of a beautiful friendship, however, because Galliano blamed his Hitler talk on drunkenness while Von Trier blamed his comments on his sobriety. I love that excuse. It’s a refreshing change from blaming shizz on substance abuse. In fact, from here on out, I’m going to attribute all my bad behavior to being sober. Take that, society!

Here is the video of Von Trier putting his foot in his mouth. I’ve watched it about ten times with the sound off because of the priceless facial expressions of Kirsten Dunst, the star of Von Trier’s Cannes-submitted film “Melancholia.”

The Cannes jury didn’t hold Von Trier’s behavior against Kirsten and awarded her the best actress prize. As a bonus, she’s won my heart: I’d definitely pick Kirsten if someone asked me that “who are your girl and boy crushes?” question right now. For the boy part of the query, I’d answer “Stop Making Sense“-era David Byrne. Why? I don’t know. Maybe big suits turn me on.

You might also like
My Almost-Husband Paul McCartney to Wed Nancy Shevell
Jewelry From Suffragette City
We Were Both Flattered by This
Previous Post: « Steal My Cherry
Next Post: Musical Ramblings With Xtina, Kajagoogoo, Eminem and Afroman »