I went to Lincoln Center last night for FNO: The Show, the ginormous, star-studded outdoor fashion show (Gisele! Naomi!) intended to get people jazzed to shop on Fashion’s Night Out this Friday. At first I was sad that I was inside Alice Tully Hall viewing the livestream of the event (courtesy of American Express) rather than outside by the fountains. But I came to appreciate both the air conditioning and the unintentional hilarity of our livestream hosts, Vogue contributing editor and full-time fashion personality Andre Leon Talley and hapless model Hanneli Mustaparta. Poor Hanneli! She didn’t know what to say or where to look. ALT threw her the shank-eye before turning his back to her to focus on fashionistas including Donna Karan and Vera Wang. The camera eventually abandoned Hanneli too, zooming in on ALT and his guests. Occasionally, an unseen Hanneli would chirp something like, “This is so exciting!” from beyond ALT’s broad back and the audience would burst into laughter. (Donna Karan’s spectacular hair flip also brought the LOLZ.)

Here are my tweets from the event:

Dresses? What dresses? There were dresses there? Who cares! I like to report the fun stuff.

My gorgeous friend Melissa took this picture of me outside.  It makes me think of the song I Am What I Am from La Cage aux Folles: “And so what if I love each sparkle and each bangle?/Why not try to see things from a different angle?” 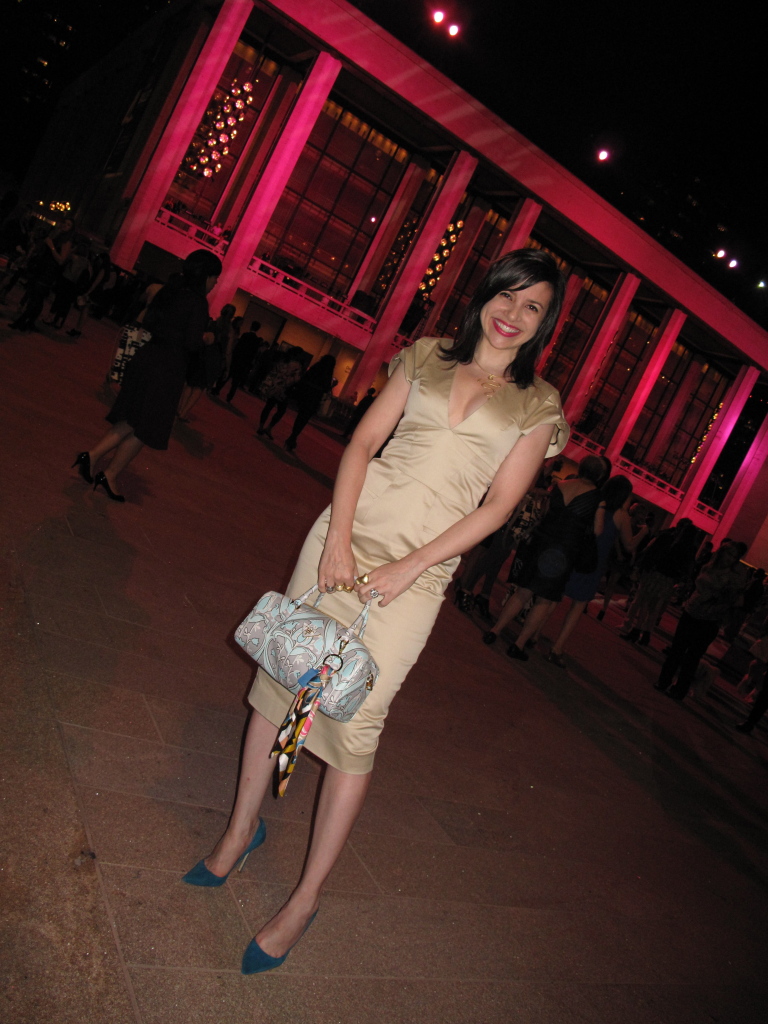 I was less creative with my photography. 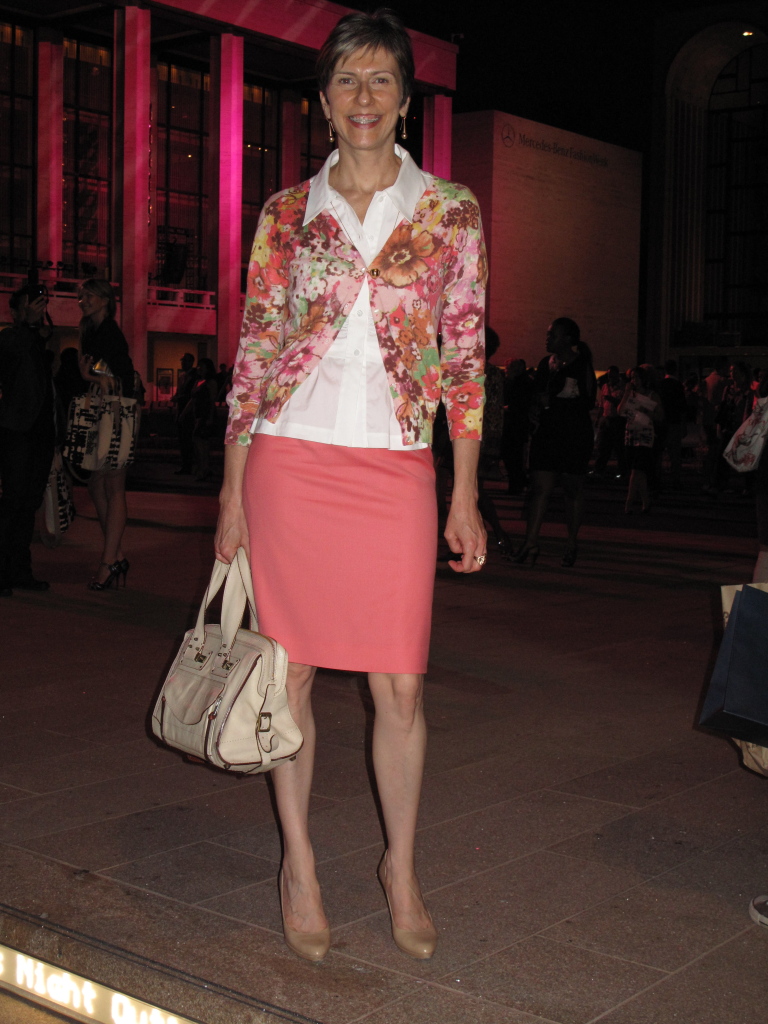 I’m looking forward to seeing some of you fashion bloggers at Independent Fashion Bloggers’ sold-out Evolving Influence conference tomorrow. Don’t fret if you can’t make it, because I’ll be tweeting in my own inimitable way from IFB and other fashion events over the next week. Follow me here on Twitter.

*Marc was notorious for starting his shows two hours late, leaving his audience to freeze or sweat, depending on the season. His show in September 2007 was the last straw for a lot of attendees. They got angry at him, and, instead of apologizing, Marc got pissy and threatened to move his show to Paris. Then he thought better of hitting the proverbial evacuation slide and grabbing two beers on his way out of New York. Instead, in February 2008, he pushed his show back to a later date, which gave him more time to prepare. As a result, he managed to start a mere 17 minutes after the scheduled time. (In my world, that’s right on time.) He’s been on time or early ever since. I haven’t had the pleasure of attending any of the post-September 2007 shows, so the two-hour wait is seared into my brain as the classic Fashion Week experience. If Marc wants to invite me to any coming shows, I’ll be happy to report on how prompt he is!