Yesterday was our second Bastille Day in Paris. Of course, I shouldn’t say “Bastille Day,” as an asshat called “Carlux” ranted on a Fodor’s forum last year:

“Once again, THERE IS NO BASTILLE DAY IN FRANCE. When you are here no one will recognise the phrase Bastille Day. It’s an Anglo Saxon invention. In France it is known as the Fete Nationale, or more usually, the quatorze juillet – 14th July. So perhaps it’s better to start thinking of it that way before you arrive in Paris.”

I like the “or else” tone of that last sentence: “…or else we’ll send you to the guillotine!” Perhaps it’s better for “Carlux” to start thinking, “I’m an asshat. I shouldn’t be allowed to address people,” before he or she decides to answer an innocuous question about what’s open in Paris on Bastille Day … non?

Anyway, the military jets flying over the city surprised me because we were on our way back from Amiens when it took place last year. The last time I heard jets that close was on September 11, 2001, so you can imagine how much I enjoyed this. 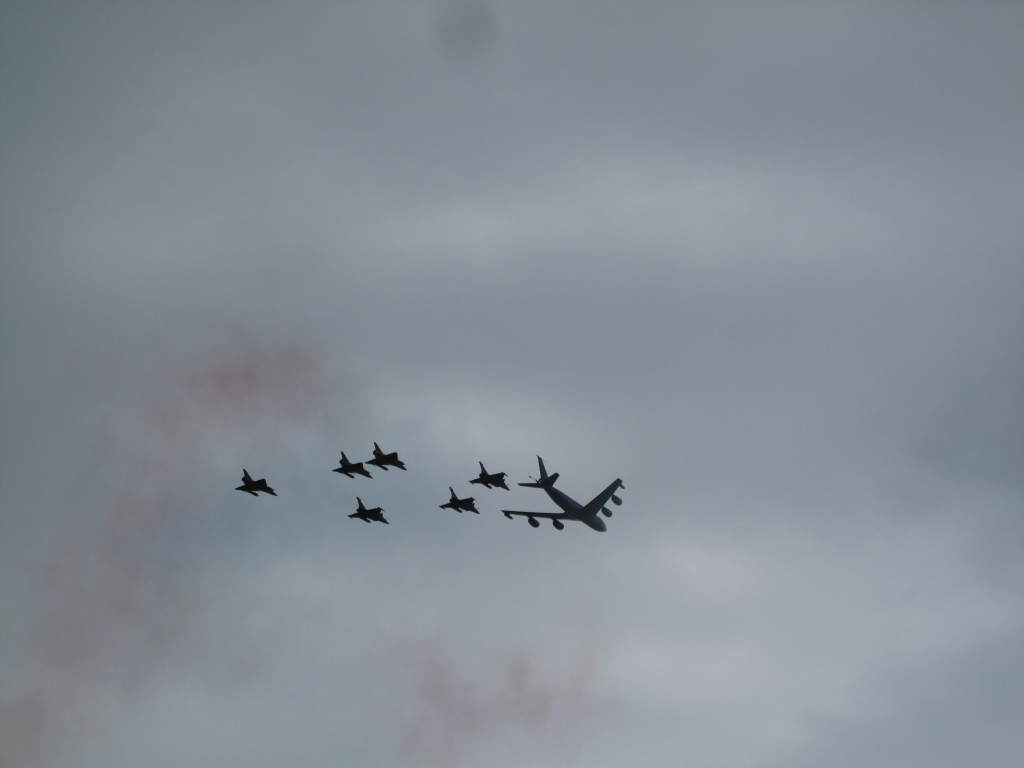 Puffs of red, white and blue smoke semi-convinced me we weren't under attack.

Lots of important people were in town for the festivities. Sadly, I missed seeing first lady of Cameroon Chantal Biya and her awesome tower of hair. I did see this unusual robin’s-egg-blue Ferrari. 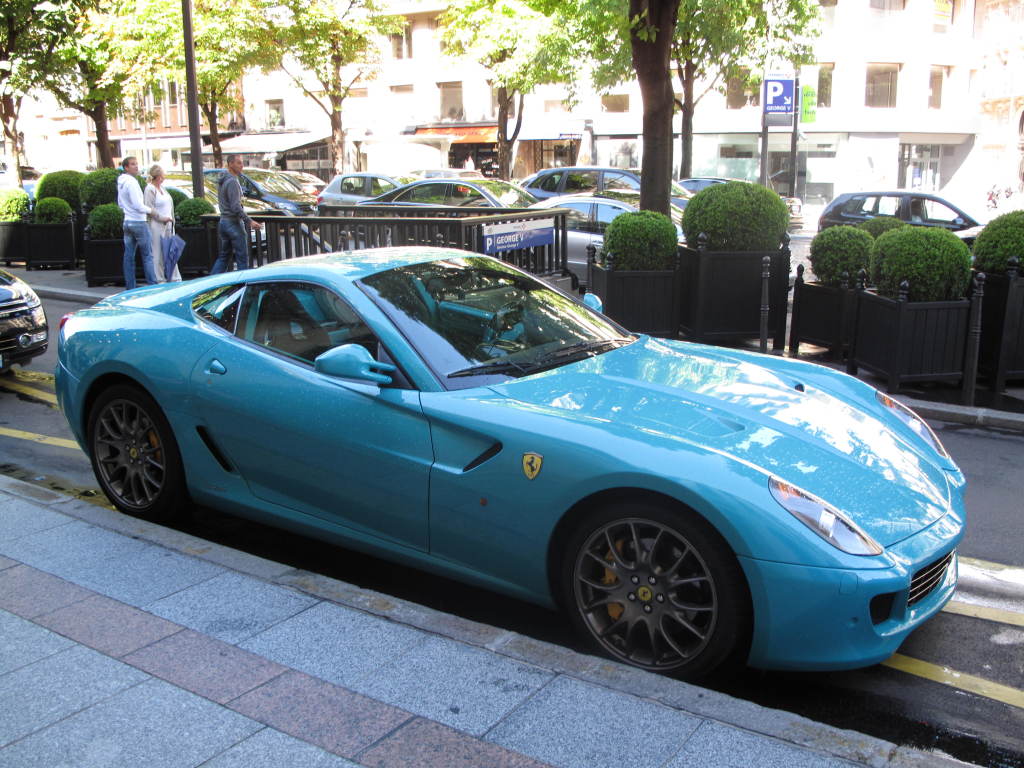 Just like last year, we went to dinner with our handsome friend Tom, who brought along his friend Cindy. Our hotel gave us two tricolor rosettes, so I pinned them on MrB and Tom. I thought this made them look more like my two prize-winning hogs at the county fair than revolutionaries, but in a cute way. Cindy took this photo. 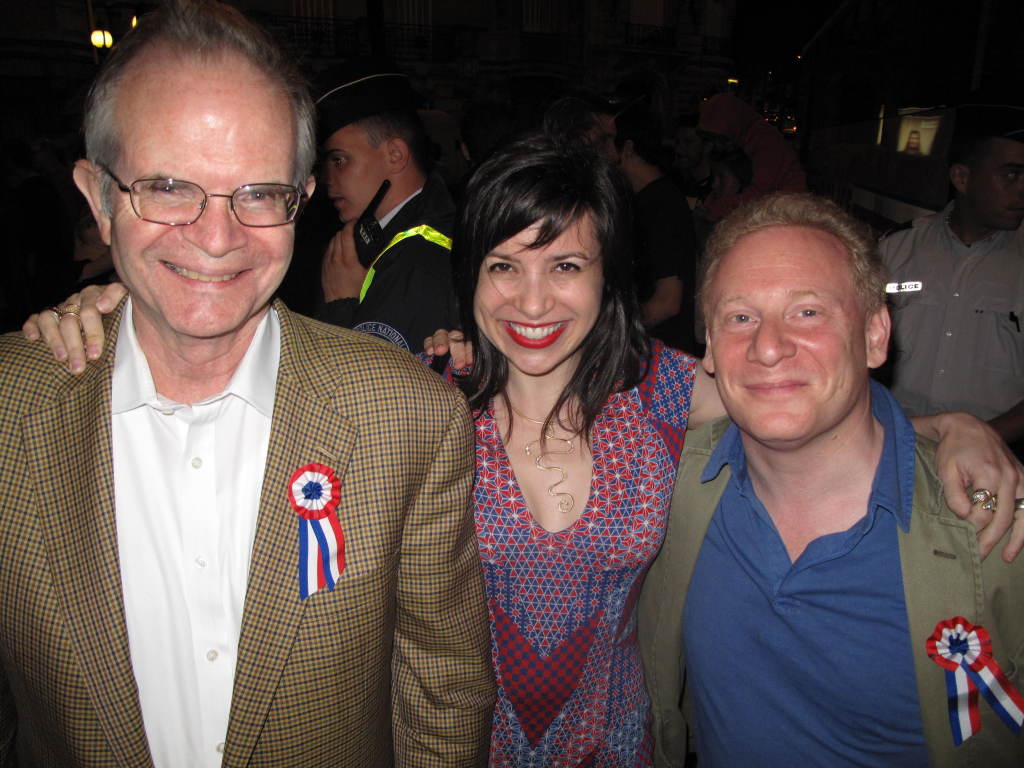 The fireworks didn’t surround the Eiffel Tower like they did last year, but they were still spectacular. Even if I didn’t think so, I’d say so, because I don’t want to risk the wrath of “Carlux.” What am I saying? I do want to make “Carlux” angry. 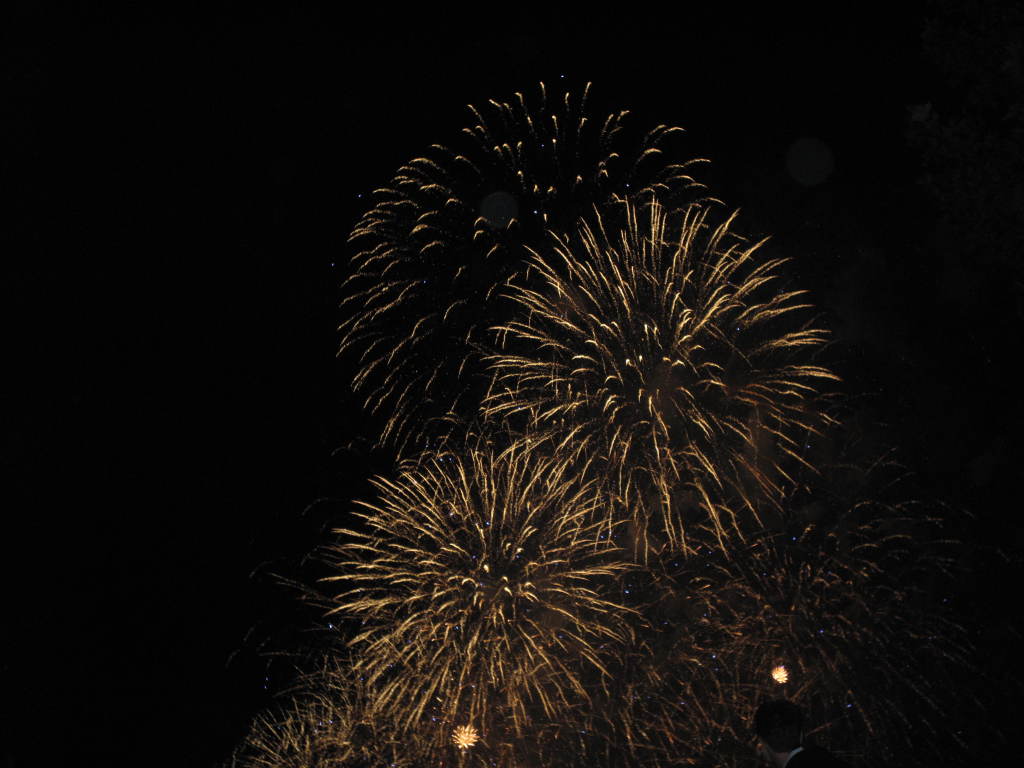 You might also like
What Wendy Wore: Casual for Thanksgiving in Florida
Nu Shooz
Who Wore It Best: WendyB or a Kardashian?
Previous Post: « July 12 Activities and Outfit — in Verse
Next Post: Still Life With Studs »