I’m thrilled to tell you that ProPublica, the independent, non-profit newsroom run by my gorgeous husband, MrB (Paul Steiger), has won its first Pulitzer Prize!

The prize-winning story, a collaboration with the New York Times, was a report by ProPublica’s Sheri Fink about a hospital in New Orleans where a doctor and two nurses were accused of hastening patients’ deaths with lethal doses of medication in the wake of Hurricane Katrina.

The story was originally published in the New York Times Magazine last August. Read it here. ProPublica continues to follow the story on its website.

This is the 17th Pulitzer Prize won by a news organization under MrB’s leadership. The previous 16 prizes were won by the Wall Street Journal, when MrB was managing editor.

ProPublica was also a finalist for the Pulitzer Prize for Public Service for the reporting Tracy Weber and Charles Ornstein published in the Los Angeles Times on nursing in California. 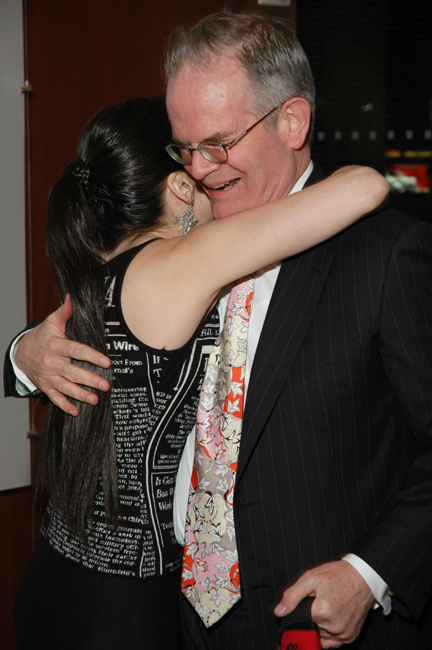 You might also like
A Basic Wardrobe, Part I
The Weeks in Review, Plus Two Tributes
In the News/On the Blogs
Previous Post: « Where to Buy the SATC2 Earrings
Next Post: “As Usual, I Have Lots of Crazy Crap in My Hair” »