It’s my gorgeous sister Terri Berry’s birthday today! I was recently going through some photos from my wedding in July 2001 and would like to share this one of the Berry clowning around in front of me, our parents and the about-to-be-MrB. She had that navy gown already and had only worn it once before, so I did my whole wedding color scheme around her dress. Doesn’t she look beautiful? 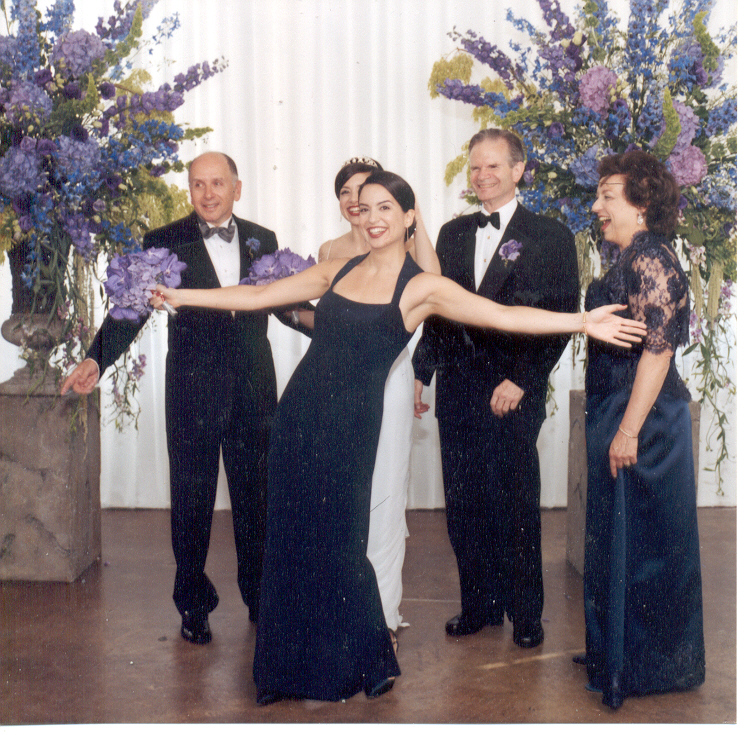 Tomorrow is MrB’s birthday. I missed a great MrB photo op at the belated-anniversary dinner that our designing friend Zang Toi threw at his apartment for us last night. As MrB and I left for the dinner, I realized I had forgotten my camera. I decided not to go back up and get it, since we were running a few minutes late. Also, what could possibly happen the one time I go out without a camera? The hottest party I’ve ever been to, that’s what! Literally: Zang’s garlic bread caught on fire in the oven. While one of the party called 911, MrB heroically doused the flames with the hallway fire extinguisher. Moments later, three physically impressive New York City firefighters in full regalia stormed in to find MrB, eight ladies and one mini-kilt-wearing designer fanning smoke out the windows.  “Are youse okay?” they asked, making Zang repeat his name a couple of times before departing through the flock of ladies, who had left the windows to admire the firemen up close.

Seeing as I don’t have pictures of the fiery garlic bread, MrB saving the day or  Zang and his three unexpected but very attractive dates, I’ll just post the cover of the 2010 New York City Firefighters Calendar. 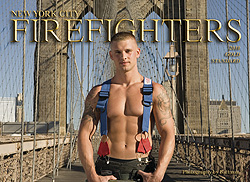 A portion of the proceeds from the sale of each calendar benefits the Staten Island Burn Center. It’s a great cause, so get your sex-ay firefighter calendar today!

I swear I will never go out to dinner without my camera again.  I will definitely have it with me on August 19, when I’ll be in Los Angeles taking a bunch of bloggers out to eat. If you’re in or near L.A., you’re invited! If you haven’t already spoken with me about this, holla at me now at wbjewelry at hotmail dot com and I’ll send you the details. Heh heh heh. I said HOTmail!

UPDATED TO ADD: What timing! A post on pretty fire extinguishers.

UPDATED AGAIN TO ADD: One of Zang’s peeps did take a few pictures late in the evening. Unfortunately, there are no firemen in this one, but you can see Zang, his guests and part of his lovely apartment. I’m peeking out over Zang’s head. Behind me is the kitchen where all the excitement happened. 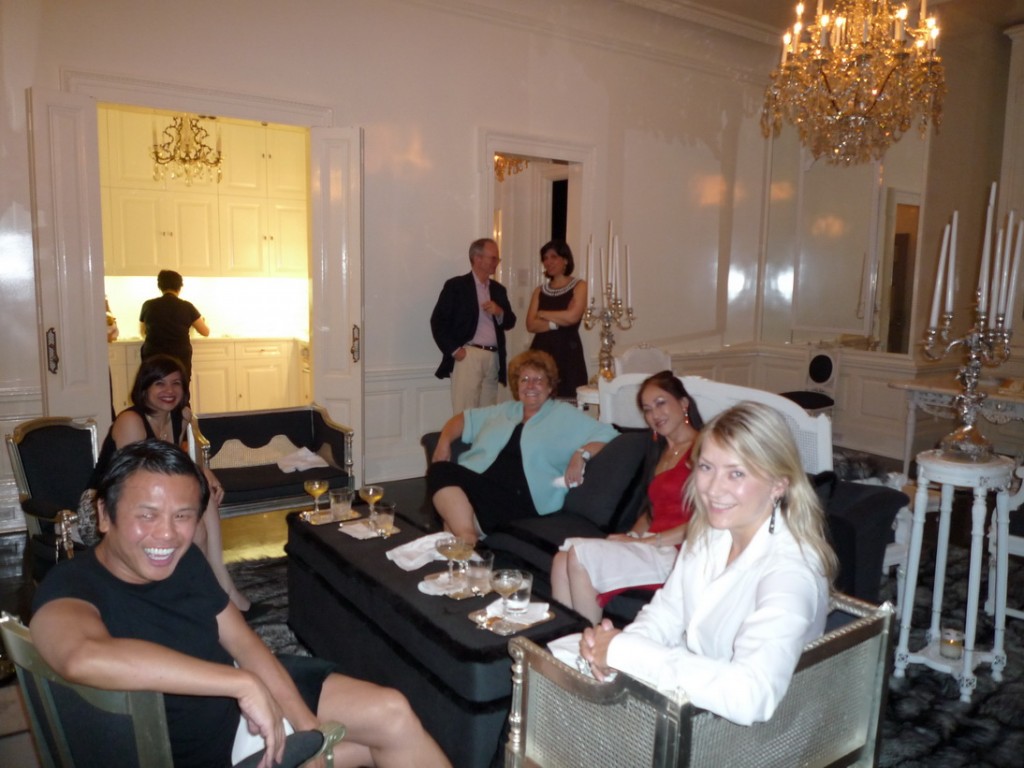