I just noticed that in her 2004 Play video, Jennifer Lopez wore both fingerless gloves and finger-only gloves — a couple of years before those looks became more widespread. 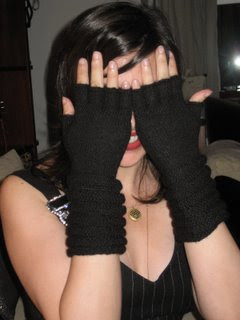 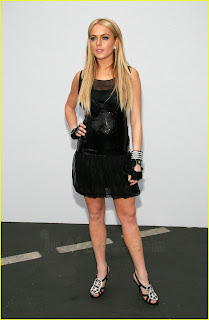 Lindsay Lohan in Chanel fingerless gloves in 2007
Photo from JustJared 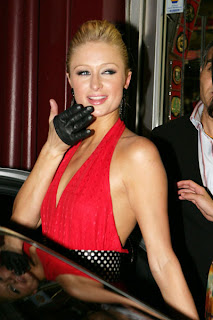 A five-finger half glove is currently sold out at Patricia Field. 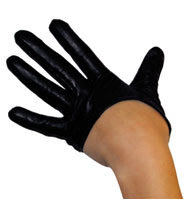 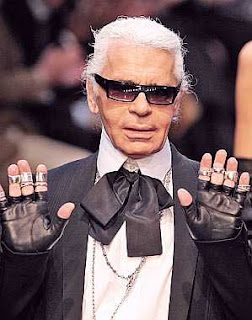 Karl Lagerfeld photo from Manolo for the Men

I can’t find any confirmation, but as I recall, at least one outfit in the Play video was by Chanel, which might explain JLo’s fashion-forward glove love. Admittedly, my memory could be playing tricks on me. I’m not even sure what I did yesterday. But it would be typical of me to correctly remember something worn by a celebrity in 2004 while totally forgetting the details of my own life.

If you’re the type who would rather wear a whole glove than a half glove, Vintage Textile has two stunning pairs from the 1940s. 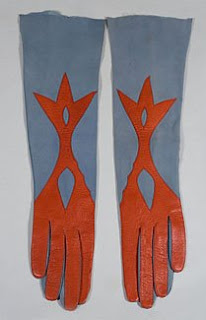 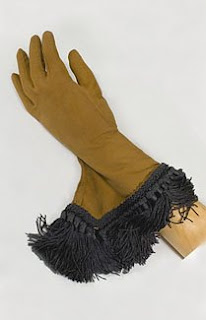 The fringed pair is by Hermes, meaning $250 is a steal! You should consider getting them before I break down and buy them for myself.

Speaking of accessories, little round sunglasses like mine seem to be gaining momentum! I’m looking forward to seeing them on all the people who said they would never wear them.

You might also like
My Take on Kim and Kanye's Engagement Ring
My Best Dressed at the SAG Awards Is ...
A Tip of the Top Hat
Previous Post: « Things to Do in NYC: Theater
Next Post: Mr. Berry Has Landed »