Now that I think about it, it makes sense that Henry VIII (also known to Googlers as “Henry teh 8) was addicted to love. It was in his genes! The corpulent lady-killer was a descendant of notorious 14th-century lovers: John of Gaunt and Katherine Swynford.

John of Gaunt wasn’t called that because he was rexi.
He was born in Ghent, which the English called Gaunt.
Picture source: Click here

John of Gaunt,the first Duke of Lancaster, was the third surviving son of King Edward III. I’ve mentioned Edward III before. He was placed on the throne by his mother, Queen Isabella, the “she-wolf” who threw fabulous going-away parties. Here’s a link in case you need to refresh your memory.

And here’s a picture of my Isabella Wolf-Fang Earrings in case you need to do some shopping. 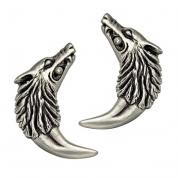 Isabella’s son Edward III had a total of 14 legitimate children with Philippa of Hainult. Not all of them lived to adulthood and not all of them are essential to this post. Besides John of Gaunt, the most relevant ones are the eldest, Edward, Prince of Wales (aka the Black Prince); and the second-oldest surviving son, Lionel, the Duke of Clarence.

As a third son, John of Gaunt had no hope of becoming king. Both the Black Prince and Lionel were ahead of him to succeed, and after they died, the Black Prince’s son Richard became the heir. However, John did become rich and powerful through his marriage to a great heiress, Blanche of Lancaster. She bore him six children, three of whom survived to adulthood, before she died — possibly of the plague — at the age of 34 in 1369. The poet Geoffrey Chaucer wrote The Book of the Duchess in Blanche’s honor. 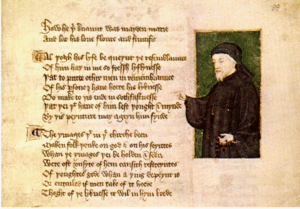 Marriage was primarily a financial arrangement in medieval times, as it sometimes is now. Back then, if you happened to fall in love with your spouse, that was an unexpected bonus. John had already made his fortune, so after Blanche died he didn’t need to remarry for money. He married for love. I kid! That’s crazy talk. He married for a crown. In 1371, he wed Constance, the heir to the throne of Castile via her daddy, the probably-not-too-pleasant Pedro the Cruel. If you can’t be a king in England, you might as well be a king in Spain. In the midst of laying out this career path … zing! went the strings of John’s heart. He fell in love. The lucky lady was Constance. I kid! That’s crazy talk. The lucky lady was Chaucer’s sister-in-law, a young widow named Katherine Swynford.

Like her sister, Philippa de Roet, and Philippa’s husband, Chaucer, Katherine was “attached” to John of Gaunt’s large household. That’s how nobility made a living those days. You lived off someone of a higher rank. At some point, Katherine was named governess to John’s two daughters by Blanche. Whether she got that job before or after she and John became involved is unknown. (Katherine herself had a couple of kids by her late husband, Sir Hugh Swynford.) 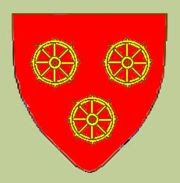 John and Katherine went on to have four children, who were given the last name of Beaufort, after a castle John owned in Anjou. Royal dudes then were the equivalent of star athletes now — it was practically mandatory for them to have a baby mama. The nicer royals would take care of the mom financially and arrange appropriate careers and marriages for the love children down the road. What makes the story of John and Katherine extraordinary is that the two remained in touch — if not always together — from approximately 1373 till John’s death in 1399. The real scandal came in 1396, two years after Constance died, when John and Katherine had a lovely church wedding, Katherine became Duchess of Lancaster and, most importantly, the pope declared the four Beaufort children to be legitimate. People were appalled. It was one thing for Katherine, the daughter and widow of mere knights, to pop out some kids for the king’s son. It was another thing for her to marry him. But so it came to pass; these lovers were like Heloise and Abelard with a happy ending and no unexpected surgery.

Apparently, John was totally smitten. According to Alison Weir’s biography, Katherine Swynford: The Story of John of Gaunt and His Scandalous Duchess, John’s will showered his “very dear wife and companion, Katherine” with jewels, fancy beds and clothes, as well as the largest cash bequest he made to anyone. He also confirmed her ownership of lands, castles and manors that he’d acquired before their marriage. 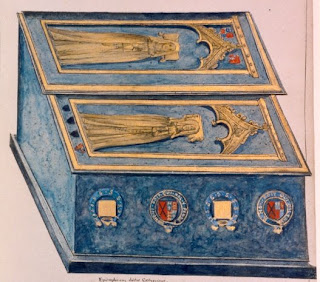 Katherine biographers such as Weir face a challenge, since there isn’t a lot of original material dealing directly with Katherine. Medieval chroniclers didn’t deign to write about women except for occasional snarky asides about evil and witchcraft. Katherine’s will has been lost and there are no letters to or from her that survive. Authors have had to rely on property and other civic records, as well as John of Gaunt’s very detailed financial records. Therefore, the best book on Katherine is, by necessity, historical fiction: Anya Seton’s 1954 novel, Katherine, which single-handedly created the modern age’s interest in the lady in question. In my opinion, Seton’s combination of believable characters and thorough research make this book one of the greatest historical novels of the last century, ranking with Gone With the Wind and I, Claudius. (If you liked The Other Boleyn Girl, you will love Katherine. Remember: happy ending!) Of course, because this is a novel, not every detail is true, but the book is so persuasive — and the dearth of original source material on Katherine Swynford so profound — that non-fiction writers have occasionally relied too heavily on it as a factual record of Katherine’s life. 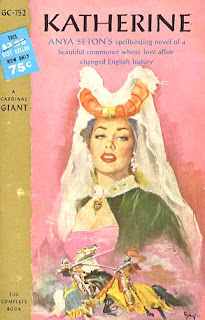 Meanwhile, poor Alison Weir! She did her best with the material she had to work with but she had neither the freedom that Seton had to imagine Katherine’s world, nor did she have enough facts for a traditional biography. I wouldn’t be so disappointed in Weir’s book if I hadn’t just read Barbara Tuchman’s A Distant Mirror: The Calamitous 14 Century. A Distant Mirror is, as the title indicates, a history, not a biography, but Tuchman skillfully weaves in the limited known facts about a real-life French nobleman to give the book structure and personality. In a few pages, she paints a more vivid picture of John of Gaunt, by placing him in the larger context of his time, than Weir does in her entire book. (I will do a separate post on the Tuchman book in the near future.) I think Weir would have been better off following Tuchman’s lead and using the little documentation on Katherine Swynford to write about 14th century society, rather than using facts about 14th century society in an attempt to create a biography. 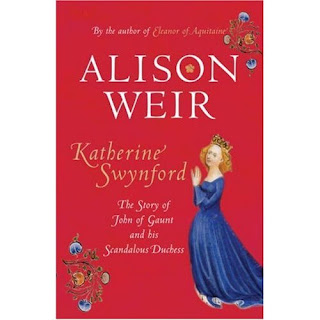 Because Weir chose the biography route, the book starts out with a long “would have/might have” section that reminded me of Nigel Cawthorne’s unintentionally hilarious biography of Empress Wu. Weir briefly describes 14th century England and speculates that Katherine, being a person of the era, would have done this and might have done that. I always find such conjecture to be distracting and better suited to an academic paper that can be mulled over by a few scholars rather than a book for the general public. (I’m not a fan of Will in the World, a critically praised but very “would have/might have”-heavy book on William Shakespeare.) 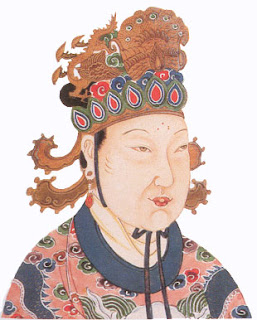 Weir annoyed me right from the introduction, where the author wrote, “Time and again, I have been surprised at what I have been able to infer from my research.” I think that means, “I am so impressed with myself for making wild guesses that I want to have sex with me right now.” What?! That’s what I INFER from that line. My interpretation makes as much sense as Weir’s inferring that John of Gaunt died of venereal disease based, in part, on a reference to Psalm 38 that appears in a stained glass window created at least 30 years after John’s death. She can’t even believe this theory herself. After describing a potential “whitish discharge from the penis” and “reddening of its opening,” Weir goes on to say, “None of this is conclusive … ” Um, I know! (By the way, interesting but unconvincing theories seem to be a habit of Weir’s. I wasn’t persuaded by her Queen Isabella conclusions, as I said here.) 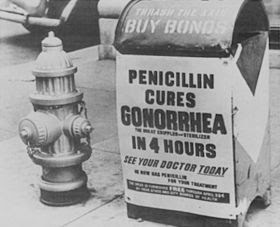 I do give Weir credit for gathering the known facts about Katherine in one place, which makes this book a decent factual supplement to the Seton novel. Another good supplement to Seton is Jeannette Lucraft’s Katherine Swynford: The History of a Medieval Mistress. Like Weir, Lucraft credits Seton’s novel with creating her interest in Swynford. Unlike Weir, Lucraft doesn’t attempt a chronological biography, but breaks her book into thoughtful chapters on topics such as Katherine’s portrayal in history, contemporary accounts of her life, and medieval women’s connections to saints. It’s all a little “college thesis,” which isn’t surprising, since Lucraft won an award in 2001 for an undergraduate thesis on Katherine Swynford. 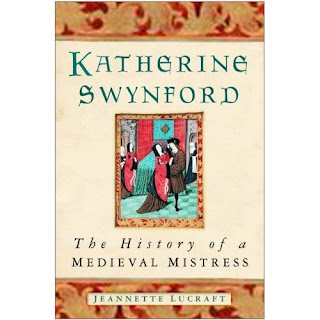 I haven’t read A Pride of Bastards, Geoffrey Richardson’s book about the Beaufort descendants of Katherine and John. But getting back to my reference to Henry teh 8 at the start of this post, the key thing to know is that Margaret Beaufort, a great-granddaughter of John of Gaunt and Katherine Swynford, married a fellow named Edmund Tudor when she was only 12. By 13, she was widowed and the mother of a son who became King Henry VII. That Henry, in turn, was the father of the Henry VIII whom we all know and kind of love. The Beaufort family tree extends to today’s English queen, Elizabeth II, and includes U.S. presidents such as George Washington. Knowing this kind of thing amuses me. I like to think of the women who got so much abuse back in medieval times being triumphant in the end through their descendants. Speaking of which, ALL these people are descended from my close friend Empress Matilda. Remember? The lady whose throne was stolen way back in the 1100s? Well, no one important is descended from the usurper Stephen and EVERYONE is descended from Matilda. Put that in your medieval pipe and smoke it, Stephen! Ha!

Oh, and if you’re too lazy to read books, Katherine is on teh Internets too:

You might also like
NYC Vice: Rings and Rap
Miley Cyrus, Earrings and the Week in Review
Hanging Out With Platinum Guild International
« Happy Birthday to My Two Favorite Guys
Jets and Sharks Will Fear Us »