The short answer: sexism, my friends!

If you have very little patience or time, you can stop here. Otherwise, you may continue.

The long, meandering answer starts momentarily. If you would like to use the restroom, you might want to do it now. I’ll wait. 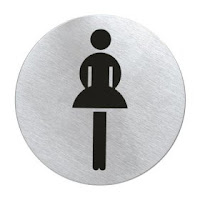 Okay! Welcome back! As I’ve read more fashion blogs, I notice some bloggers agonizing about their buying habits. I think there is some legitimacy to this due to the trend for disposable fashion from chains like H&M, Zara and Topshop. 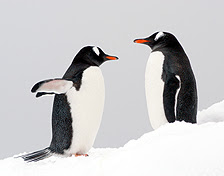 I admit that I walked into an H&M exactly once and walked out, because if I wanted to visit a zoo, I’d go to the one in Central Park. They have penguins there and a bored polar bear named Gus. I went into Topshop twice and wondered where all the good stuff was. I assumed all the smart Conde Nast editors had gotten there first and taken everything worth having. But the chains seemed like a great idea and I was impressed that so many stylish people (Agathe should be the house H&M model) put together amazing looks from these stores for very little money. I never realized that the clothes can literally fall apart. I thought it was more figurative: “This stuff is so cheap that if I get tired of it, I can throw it out! Ha ha!” But lately, I am learning that even if you want to wear these clothes forever, that may not be an option. 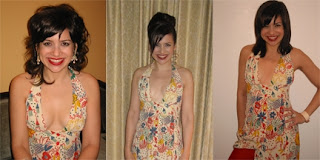 Maybe I’m a throwback to another century and or just uniquely crazy, but I spend a lot of time analyzing how long things are going to last. Ask my husband, who has waited in many, many stores while I work myself into a tearful, semi-hysterical state trying to figure out if the very nice dress he is willing to buy me is going to last one year, two years, five years or 10 years. I once worried aloud whether a skirt might be too short to wear when I was 45. At the time, 45 was 10 years away. As you can tell, my husband is a man of incredible, nay, supernatural patience. 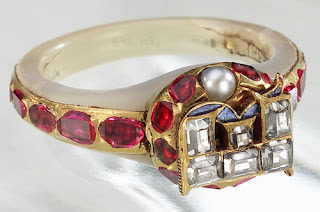 The 16th century locket ring of Elizabeth I, shown closed.

When I design jewelry, my hope is that in 50 years, girls might come across something in their grandmothers’ jewelry boxes that they are desperate to have. Then a mysterious spate of granny deaths arises. Kidding! Do not hurt your grandmother! I’m sure she will let you borrow her skull locket. And why shouldn’t she have a skull locket or snake earrings? Memento mori pieces have been around for centuries (read more about memento mori on In Your Fashion), while snakes have been a jewelry theme since antiquity. I am inspired by ancient designs precisely because of their longevity. If Queen Elizabeth I’s locket ring still looks fantastic after 500 years, why shouldn’t something that references that ring look good in another 500 years? 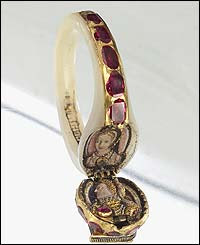 Elizabeth’s ring opens to show her portrait alongside that of her mother, Anne Boleyn

So maybe you SHOULD reconsider your purchasing habits if you’re buying tons of clothes in strange-feeling fabrics with itchy seams that self-destruct at the end of the season. I’m not saying you have to! If you’re happy with your wardrobe, good for you. But if you’re worried about consumption, start buying for quality instead of quantity. For instance, this $50 Temperley dress for Target looks gorgeous, but after reading all of its bad reviews, I wouldn’t pay even $1 for it. (You also might want to check out the negative reviews of the Mizrahi for Target cashmere sweaters before you spend $50 on one of those.) Also, check out Wardrobe Oxygen’s thoughts on this issue. 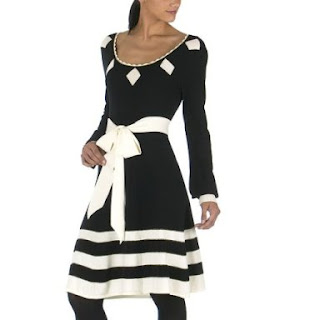 This Temperley dress for Target is like a Monet — best seen from afar.
Go to LibertyLondonGirlfor more on Temperley at Target.
I know a lot of people have ecological and ethical concerns as well. Use your heads here, my smart peeps! If you’re buying something new (not thrifted) for an insanely low price … how much do you think the people who are making it get paid? The retail price of an item is probably, at minimum, 2.25x the wholesale price. The wholesale price should be at least 2x the cost. Do the math. And it doesn’t make sense to try to save the environment by using a fluorescent light bulb if you’re pinching pennies so hard that everything you buy is made in China, the great polluter.

Now for an inspiring tale of what can happen when you invest in quality items. In 1994 or 1995, I nervously spent $300 on a pair of Prada shoes. That was really expensive back then! If I found a pair of Prada heels for $300 now, I’d think I had died and gone to heaven. But then I was in agony over it. Well, guess what? I wore those shoes twice last week. TWELVE YEARS, people! Those are 12-year-old shoes. Think about what you might spend at H&M in 12 years. For that matter, what are you spending there in one year? If you cut back there, maybe you can invest in something that lasts. After all, if you like to buy vintage clothes, why not grow your own once in a while? Here’s a purchased vintage/homegrown vintage combo: 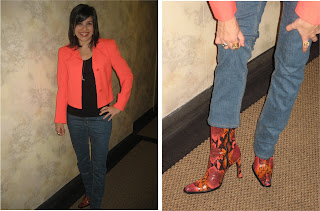 The neon Stephen Sprouse jacket on the left is from the ’80s. I bought it on eBay and wore it with crazy boots I bought (new) nine years ago.

Speaking of shoes, ones that “don’t go with anything” and aren’t “practical” or “everyday” can be a smart purchase. Maybe you’ll only wear them a few times a year, but they’ll make a big impact every time and they’ll last forever. My mother got these studly boots back in the day. They’re probably older than the typical fashion blogger. She gave them to me a few years ago, and I knew I’d wear them eventually. Click on the photo to see the details. 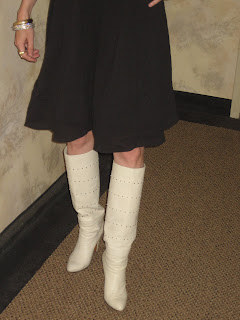 Left boot: “Let’s go to Studio 54!”
Right boot: “You embarrass me. I’m going to pretend we’re not related.”
Bracelets: “Quiet down there!”

I’m always annoyed at how a fashion is incorrectly perceived as a woman’s topic, and therefore trivialized and criticized. We’re told we should feel bad about it even though men can pour their money into technology and sports-related consumerism guilt-free. Yet, food, clothing and shelter are the most basic of human needs. Do you see the iPhone on that list of basic needs? No. You could survive without an iPhone. Steve Jobs would find that impossible to believe, but between you and me, he’s a little nuts. On the other hand, unless you live in the Brazilian rain forest, you can’t do without clothes. And even the rain forest tribes like to have a stylish bowl hairdo and maybe some body paint, as I noticed while reading an issue of National Geographic recently. 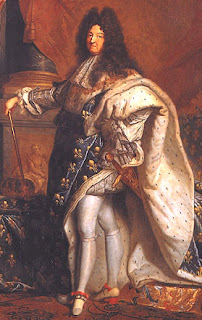 Gold cloth was reserved for Louis XIV and his favorites.

In addition to being a basic human need for both genders, clothes are also one of the few ways you can make a statement about who you are without even speaking. Your job, your politics, your taste in music — all of that can be communicated through your clothes. But fashion has always had social, political and economic meanings beyond “I’m a Williamsburg hipster!” In the past, male rulers were extremely aware of this. Henry VIII always dressed to kill. Literally. If you aggravated him, he’d kill you (but not personally, because that would mess up his outfit). Henry VIII and France’s Louis XIV were just two of many rulers who regulated what clothes their subjects could wear. And, don’t think for a second that the monarchy had a monopoly on strict fashion etiquette. During China’s Cultural Revolution you could be arrested for wearing jeans or having long hair (the hair rule applied to women too), while during French Revolution, you could be guillotined for not wearing red, white and blue with the mandated enthusiasm. In fact, I’ve noticed that revolutionaries are often more severe thought police and fashion police than the governments they overthrow.

This book on Marie Antoinette explores the politics of fashion.

Next time you’re fussing with your hair, you might consider the political statement that can be made by grooming. The anti-royalists of the English Civil War of the 1600s were known as the Roundheads due to the close-cropped hairstyle worn by some of the Puritans, while the king’s supporters wore their hair in long ringlets. Interestingly, in the 1960s, long hair became the anti-establishment choice while close-cropped hair was — well, it was still the preferred style for Puritans. Some things don’t change! Of course, appearances can be deceiving. According to this 1994 photo, I am a Puritan. 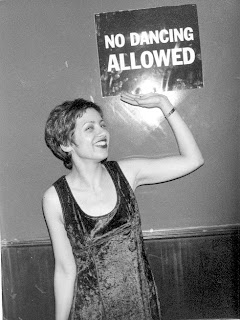 I can assure you, I am not now nor have I ever been a Puritan. (Also, I did not have sexual relations with that woman and I am not a crook.)

I could go on forever with examples of the major role fashion has played in society, but I think I’ve given you enough ammunition. Next time people criticize your love of fashion, lecture them on the English Civil War, the French Revolution and Mao until they beg for mercy. And if it’s a man who is doing the criticizing, agree that consumerism is out of control and you see one good way of cutting down on unnecessary spending: ban football.

UPDATED TO ADD: It’s always nice to see people agreeing on this.