Tonight my husband and I saw Zang Toi‘s spring line at a fundraiser Zang held for the Lance Armstrong Foundation. We saw both singer Patti LaBelle and DJ drag queen Lady Bunny there. Who is the greater diva? I would have liked to see them wrestle for the title. Maybe next season! The theme for the collection was “Chinoiserie Garden.” I must apologize, because the photo below has no Chinoiserie in it at all and doesn’t particularly illustrate anything beyond what I wore to the party. 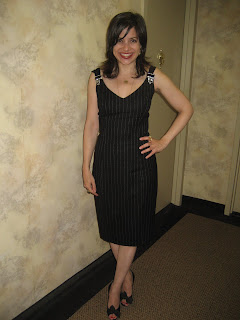 I wish I could borrow Kristoffer from Style Bytes and Trashion to do my photography! I need an upgrade.

I got that relatively subdued, pinstriped Zang a little while ago. It looks much more fabulous in person than in this lying photograph … I swear! Most of Zang’s clothes are more dramatic than this dress. He’s all into the glamour. We like that! I wore this light blue Zang last December. Too bad you can’t see the kicky hemline in this picture: 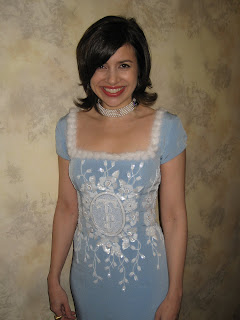 I wore this pinkish-lavender Zang (below) last New Year’s Eve: 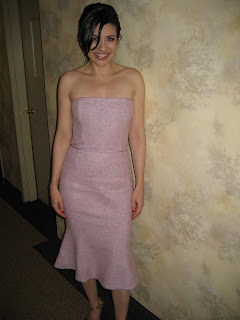 Here’s another picture from New Year’s just to prove that I do occasionally leave the dingy hallway that serves as my photo studio: 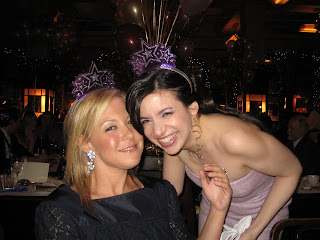 That’s me with my gorgeous client Brooke

But my all-time favorite Zang was this green gown with matching fan: 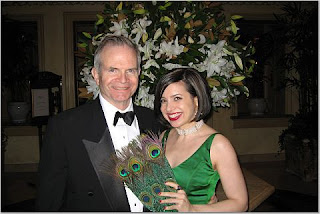 That’s my husband on the left. People often ask if I’m his daughter. He loves that.

Last season, I did some gold-plated sterling silver jewelry for Zang’s runway show. (All runway photos are courtesy of Zang Toi.) A cuff: 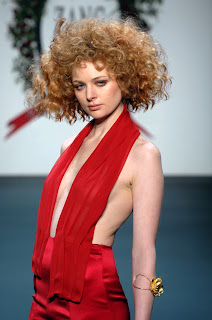 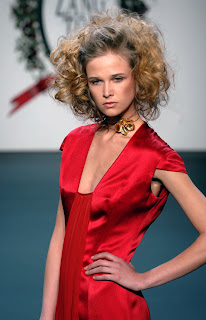 Some big rings and a giant belt buckle: 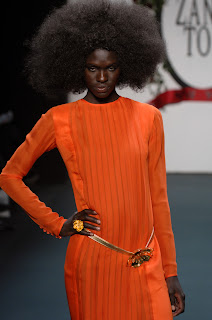 
You might also like
What Wendy Wore: The Committee to Protect Journalists Dinner
Designers Speaking Their Minds, and Me at Melina Bee
Zang Toi Lunches With Housewives
Previous Post: « Great Minds Think Alike … About Foldover Bags
Next Post: A Hairy Situation »