New York’s iconic Four Seasons restaurant — which opened in 1959 and for which the term “power lunch” was invented — is being booted from the Seagram Building next year.  I’ve had many birthday dinners there (as well as one dinner with Norman Mailer).  Tonight was the final Four Seasons birthday dinner.

We sat in the Pool Room, where quite a few people have gone for a swim.

I wanted to take a dip myself in honor of the momentous occasion, but you know what they say about swimming right after eating. I definitely overdid it with the chocolate cake.

I also didn’t want to get my outfit wet. Speaking the end of an era, these pieces are from Donna Karan’s last collection. 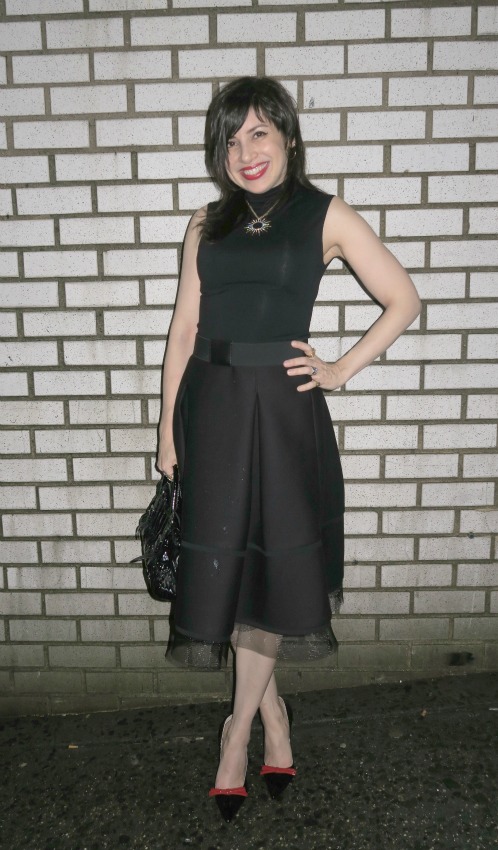 Whenever my birthday rolls around, I contemplate whether I need to start acting my age. This year, I realized that even if I wanted to act my age, I wouldn’t know where to begin. This Johnny Depp meme sums it up nicely. 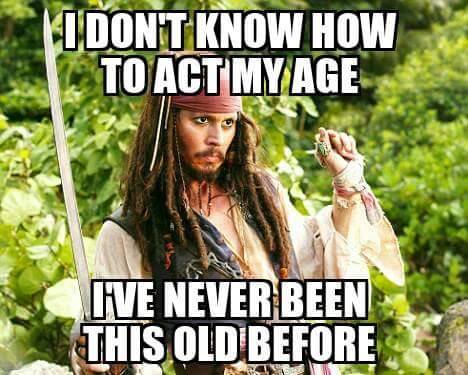 Then I found something helpful. Normally, I loathe lists of what not to wear after 30 … or 40 … or 50. However, I finally found one list that I almost entirely agree with. I only take exception to No. 18. I think if a woman wants to wear dead seagulls as loafers after age 30, she should go for it.

Top 20 Things NO WOMAN Should Wear after 30 pic.twitter.com/HMewYZ8a6c

Thanks for the stellar advice, Twitter user Molly Manglewood!