So sweet! The name of Britain’s new royal princess has been revealed: Charlotte Elizabeth Diana. I’m all choked up about it. I vividly remember getting up early to watch young Diana Spencer get married to Prince Charles in 1981 and now I’ve seen Princess Di’s first granddaughter arrive.

Speaking of arrivals, did you see little Prince George arriving with his father, William, to visit Kate and the new baby at the hospital? Cutest thing ever. Look at the wave!

Most of the jewelry designs in my signature line have been inspired by female royalty, from China’s 7th-century Empress Wu through Britain’s 19th-century Queen Victoria. I’ve only done one tribute to a modern-era royal and that was, of course, for Diana, the late Princess of Wales. I find a lot of ancient royal ladies intriguing due to their wicked ways, but for Diana it was the opposite. What impressed me most about her was the moment in 1987 — at a time when many people still believed that AIDS was spread by casual contact — when an ungloved Diana shook hands with patients at the opening of the U.K.’s first AIDS ward.

That act dramatically changed the public’s understanding of the disease and, because of it, I created my Diana heart design. 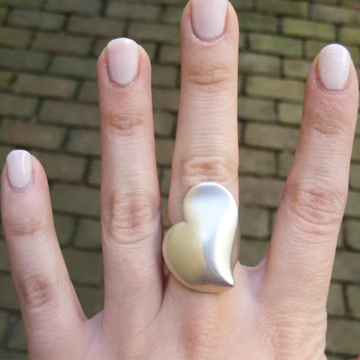 The silver Diana heart ring on my customer Susanna.

Mother’s Day in the U.S. is this Sunday (in the U.K., it’s in March — sorry Kate!), and I already had my last Diana ring in 18K yellow gold marked half off for the holiday. 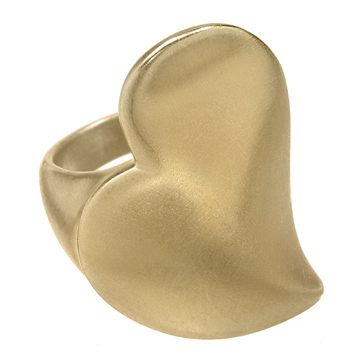 I never put any of my silver stud earrings on sale, but I’m so excited about the royal baby that I’m making an exception and offering a 10% discount on the heart studs that were based on my original Diana design. For this week only, you can get a single heart stud for $31.50 … 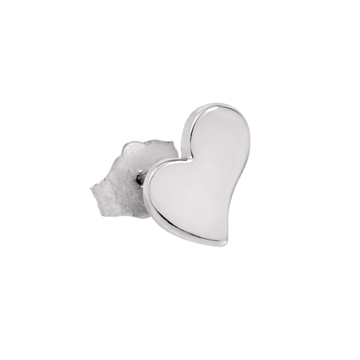 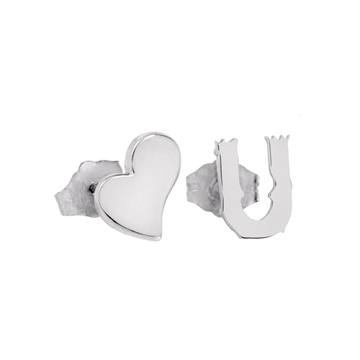 Order priority-mail delivery by this Thursday and I guarantee domestic delivery in time for the holiday this weekend. Every mom should be the queen of someone’s heart! Celebrate royally!

You might also like
Recent Paris Memories for Bastille Day
The Royal Baby Boy
Valentine’s Day/Anti-Valentine’s Day Countdown: #14 of 14
« The Week in Review
Gorgeous Gong Li at the Met Gala »