OG 1990s rapper Lil’ Kim is angry — and not for the first time — because she feels newer girl Nicki Minaj is biting her style. Kim, also known as the “Queen Bee,” has been a busy bee this week, putting out two diss tracks, and the week ain’t over!  Today’s track makes the cause of Kim’s angst crystal-clear. The song is called “Identity Theft,” and includes the line, “Anything you tryna do, I done did it.”

Admittedly, it’s not as in-depth as the similarly themed, 15-minute-long, anti-Nicki video called “Carbon Copy” that Kim put out in 2011, but it gets the message across. One of the things freshly annoying to Kim is Nicki’s provocative squatting pose for her single, “Anaconda,” which, even though it is shot from the rear, puts Kim too much in mind of her own iconic squat for the art for her 1996 debut album, Hard Core. 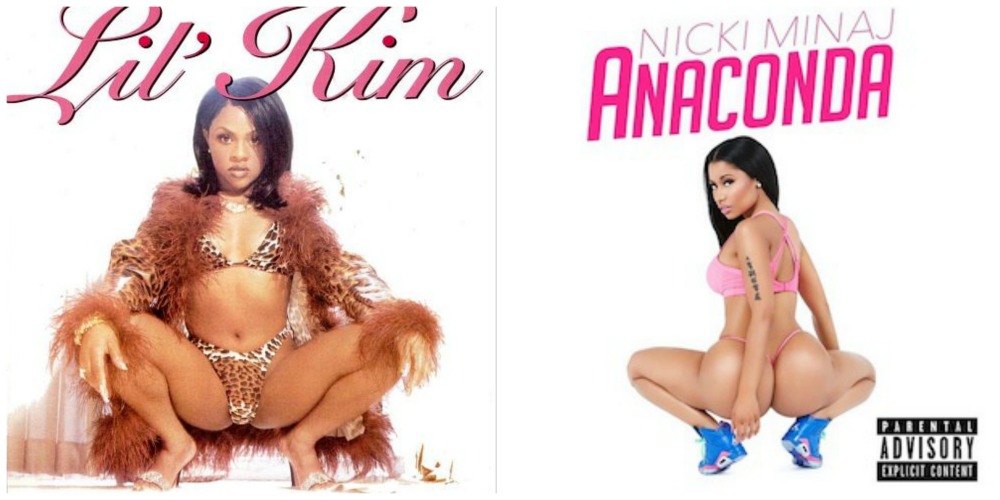 But earlier this summer, I was watching some old music videos and found another major Nicki inspiration. C’mon, tell me Nicki isn’t swagger jacking RuPaul from Ru’s 1993 “Supermodel” video! 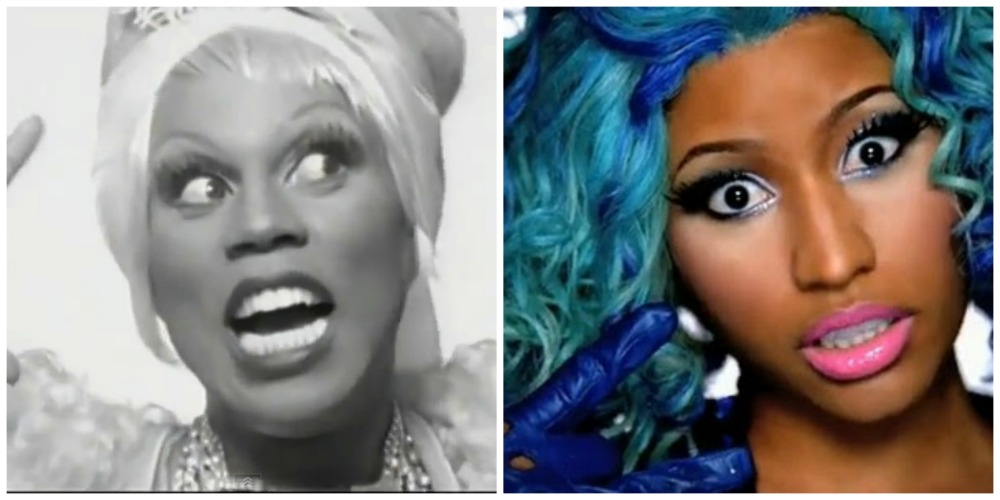 Ru on the left. Nicki on the right. Click to enlarge.

It’s all in the eyes and the snarl! Nicki’s Charisma, Uniqueness, Nerve & Talent (or, for short, C.U.N.T.) clearly owes something to the queen bee of drag queens. 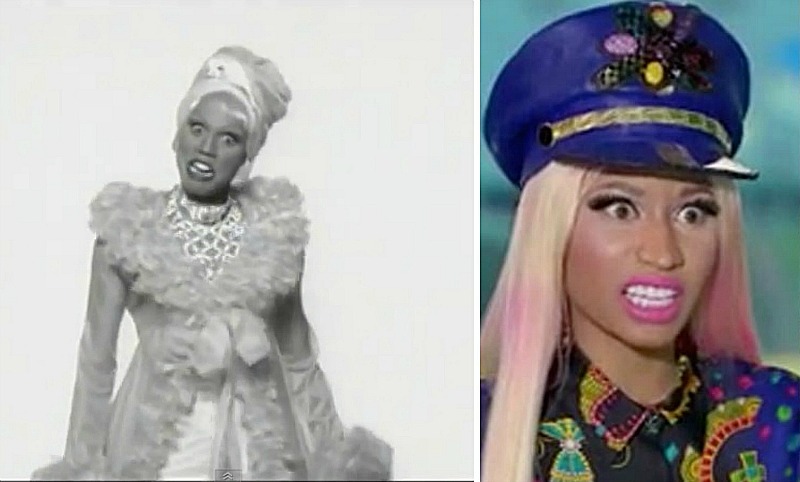 It doesn’t end there, though, because, as the Bible says, there’s nothing new under the sun. RuPaul’s expression, in turn, put me in mind of Faye Dunaway’s crazy-ass portrayal as actress Joan Crawford in my sister’s favorite movie, Mommie Dearest. 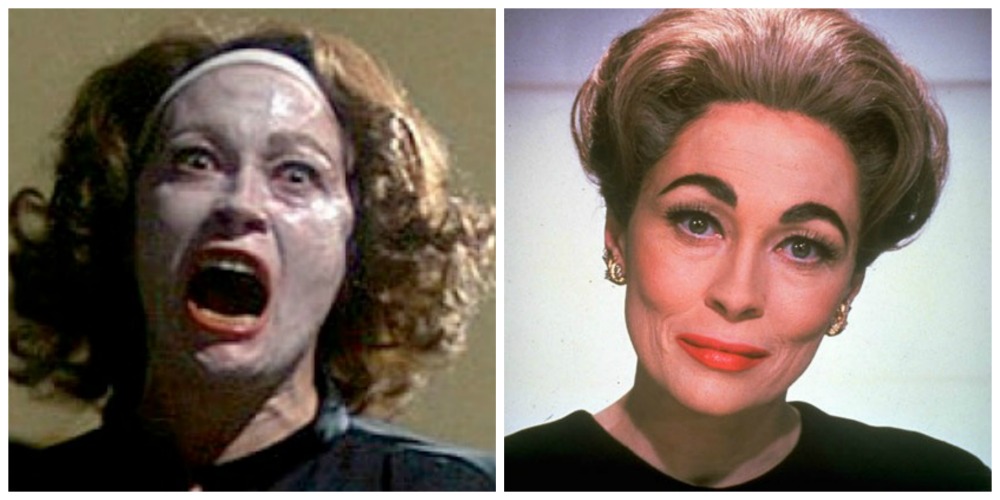 Faye as Joan. On the left is screen shot from the famous “no wire hangers!” scene.

Faye’s career was pretty much destroyed by the criticism of her performance as Crawford. It was derided as too camp. Of course, it was totally camp, which is why it’s such an awesome movie! But we can’t blame all the campiness on Faye. Look what she had to work with. This was the real Joan Crawford. 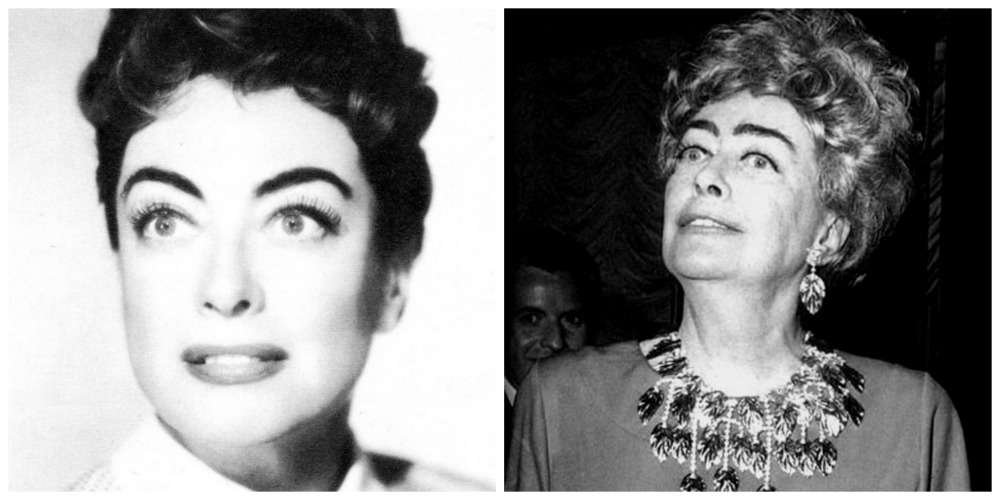 If the real Joan and Faye’s Joan had had a camp-off, I think the real Joan might have won.  (By the way, RuPaul deliberately “did” Joan for the RuPaul’s Drag Race show a few years ago — and in still shots, the portrayal DOES look less camp than Faye’s version.)

My question now is: Will RuPaul, Faye Dunaway, and Joan Crawford’s estate band together to do a Nicki Minaj diss track?  And whose side will Crazy Eyes — the character portrayed by Uzo Aduba in the television show Orange Is the New Black — take? 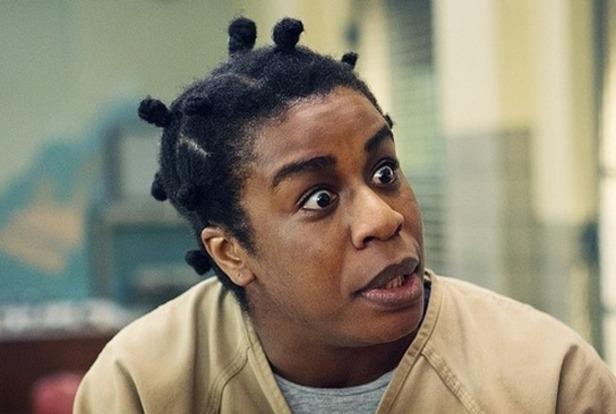 I’m going to grab some popcorn and wait for all of this to go down.

You might also like
Musings on John Lennon's Birthday
Year in Review: Concert Adventures in 2015
My Best Dressed at the Golden Globes: Lucy Liu
Previous Post: « What Wendy Wore: Vintage at Ouest
Next Post: Throwback Thursday: Marie France Dress in 2014 and 2006 »