As I’ve mentioned many times, I’ve seen Madonna on every tour she’s done since 1985, when I skipped my high-school prom to see her at Radio City. For quite a while, I’ve seen her twice on each tour. She usually plays a string of dates in New York and I realized that whenever I went to a single show, I would say, “Oh, I wish I were seeing her again!” Now I get tickets to two shows straight off the bat. I already saw her latest tour at Yankee Stadium in September, and I was excited to see her again at Madison Square Garden tonight. I was so excited that I started to get organized last night. At 6 p.m. I decided to print out the concert tickets. Good thing I did because the concert was LAST night. I’m not sure I would have ever recovered if I had printed out the tickets today and realized I missed the concert.

Luckily, gorgeous designer Stacy Lomman responded to my urgent email, rescheduling her dinner plans to come to yet another concert with me. At least this time we didn’t have to fight a nor’easter to get there. Because I have fond 1980s memories of Madonna, I like to get some ’80s fashion into my concert outfits. After an earring tragedy at Yankee Stadium, I wasn’t going to risk any of my old jewelry, so I decided on a neon skirt from Stephen Sprouse’s “Hardcore 1988” collection. I think I got this skirt on eBay. I’ve had it since at least 2006 and I’ve worn it with various black tops, but never felt that any of them were perfect for the skirt. 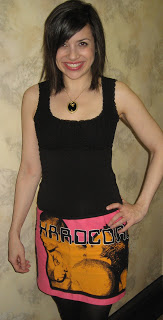 The skirt in 2007 with a black tank top. Sorry about the tiny photo! 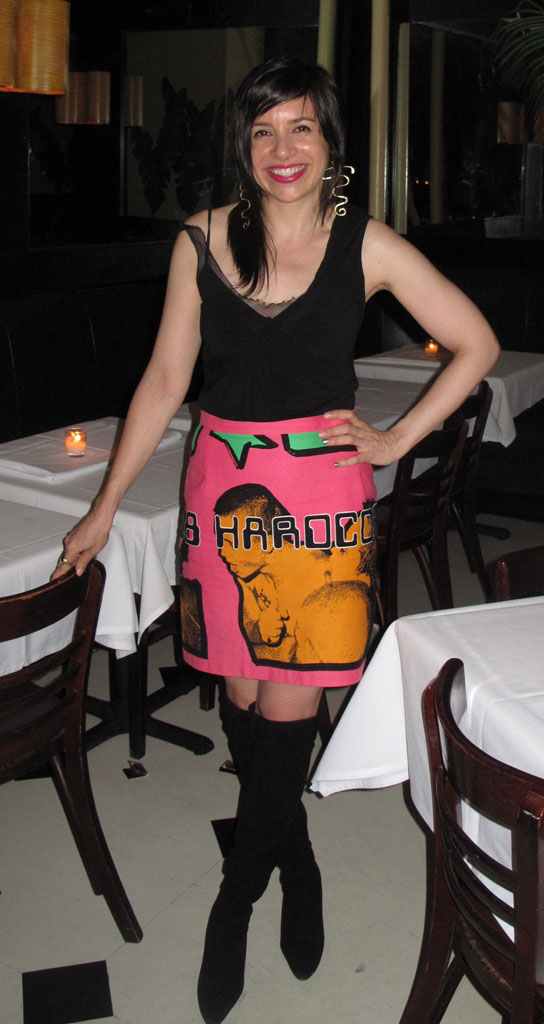 Last year. I hate everything about this look/photo.

I pointed out the skirt to Stacy during one of my recent Stacy Lomman wardrobe therapy sessions. She decided the problem was that the skirt is such a heavy denim that it needed a more substantial top. Earlier this fall, I purchased a tight, chunky, short-sleeved, black, angora turtleneck by Dsquared at a boutique called Chalk, in Evanston, Ill. Stacy and I met the owners of Chalk at the Gold Coast Fashion Award Show in Chicago in September. When they heard I was visiting Evanston after Chicago, they encouraged me to drop by. I was glad I did. They have such a well-edited selection and the owners — Carrie and Sharon — are charming. If you’re in the area, I definitely recommend checking it out, especially because you can now buy two Stacy Lomman styles there. Both her faux ostrich-feather jacket and her Union Jack-back dress are exclusively available at Chalk. 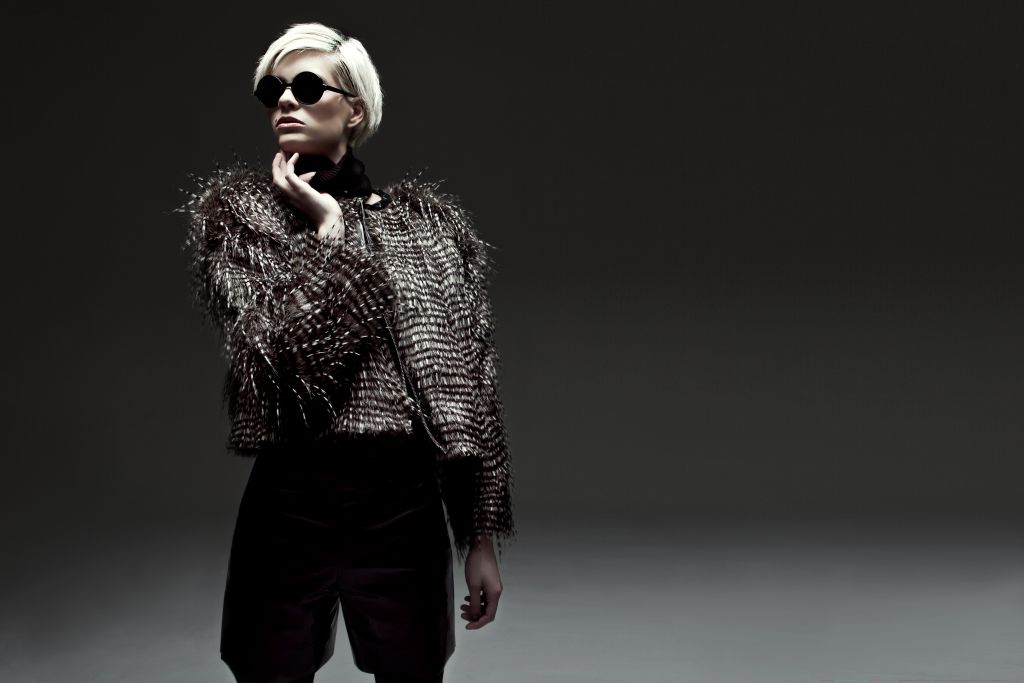 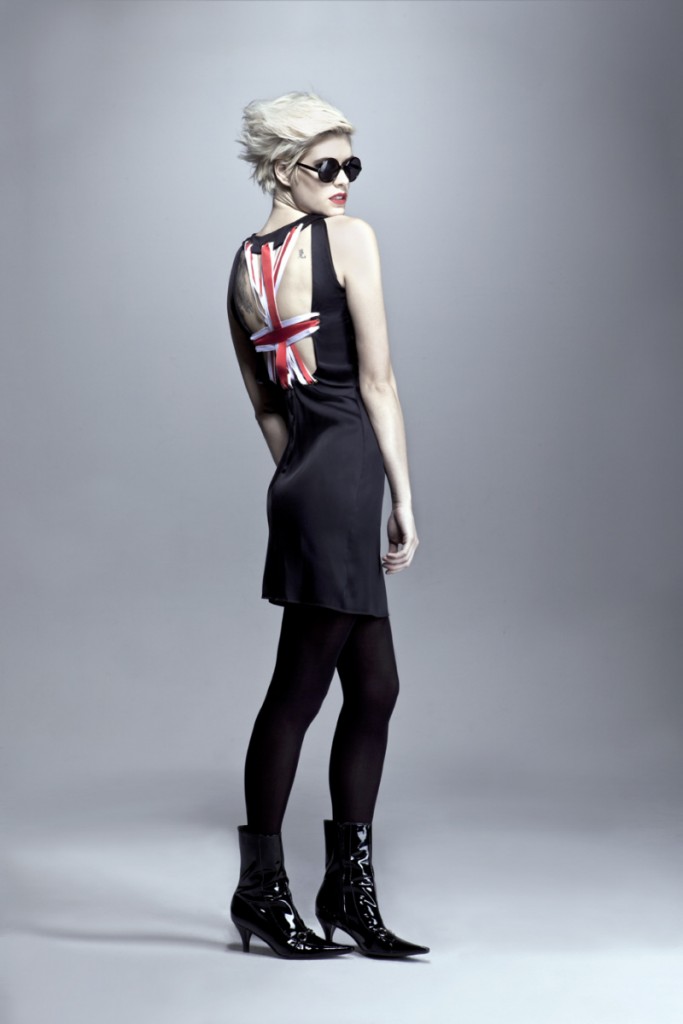 Although I’ve never forgotten a former colleague’s disdain for sleeveless/long-sleeved turtlenecks (“You’re hot AND you’re cold,” she said), I’m enthused about the style lately. I’ve realized that, like short-sleeved jackets and arm warmers, they keep me not TOO hot and not TOO cold. Like Goldilocks, I feel “just right” in some fashions I used to think were kinda crazy. There was one problem with the sweater though. The turtleneck was too high and chunky for me. It looked like a travel pillow around my neck. That was practical, because I do like to take naps, but it was overwhelming aesthetically. I figured Jean from Ghost Tailor could do some surgery so I bought the sweater anyway. Jean turned the turtleneck into a mockneck. I could still take a nap on it, but it’s not as obvious. 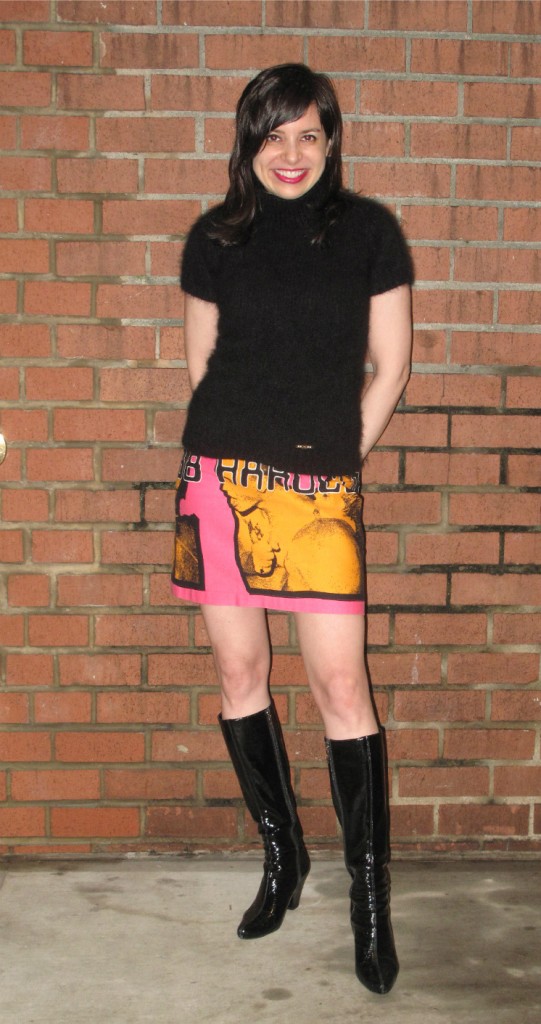 I felt very good in this. The weight of the top went with the skirt. The turtleneck and boots balanced out the mini. It was fairly warm last night, but I brought along a jacket in case I got chilly. I never needed to put it on because the chunky short-sleeved sweater was “just right!” That was a good thing, too, because my jacket sleeve got caught in someone’s beer spill and soaked up so much liquid that I was able to wring it out like a sponge. I was briefly annoyed, thinking, “Great, now I have to dry clean this thing.” Then I remembered I’ve had that jacket for years and have only had it cleaned once, so it is probably due. What?! I think the dirt gets bored and walks off eventually. That’s my story and I’m sticking to it.

As for Madonna, her show was epic, as always. 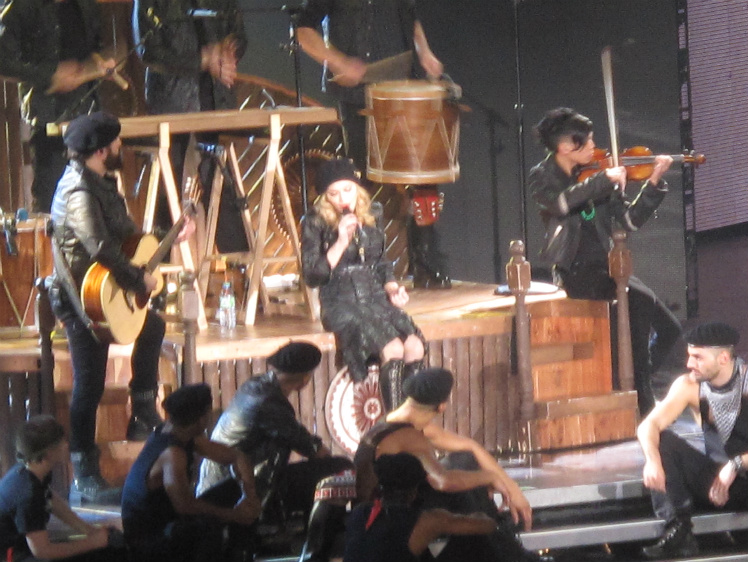 Stacy, who had never seen Madonna before, was impressed by her athleticism and showmanship. 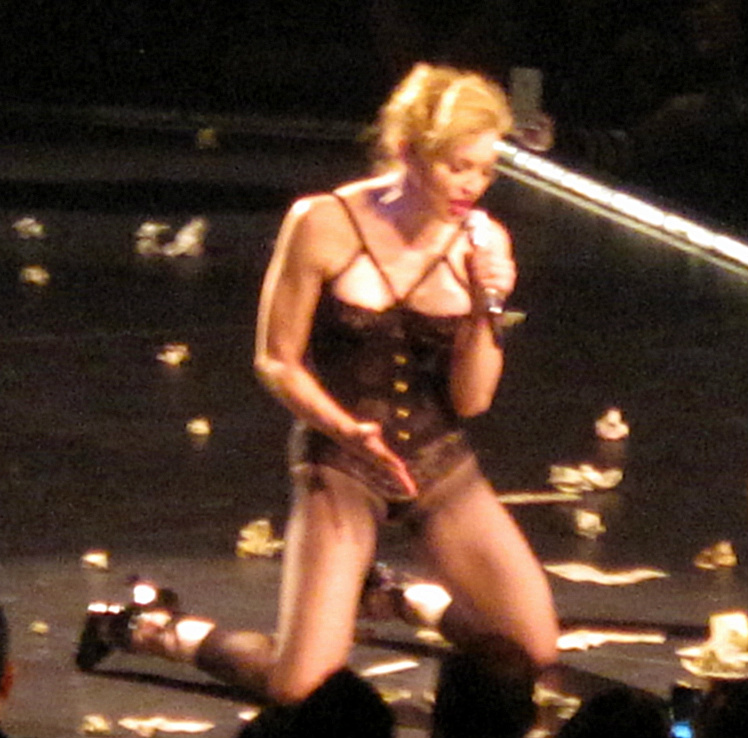 If there’s a contortionist in your life that you haven’t heard from lately, you can stop looking for him under your bed and in your refrigerator. I’m pretty sure that Madonna has scooped up every severely double-jointed guy in the country. She had a lot of shockingly bendy, Cirque du Soleil-type performers in her show (along with shirtless men dancing in high heels). 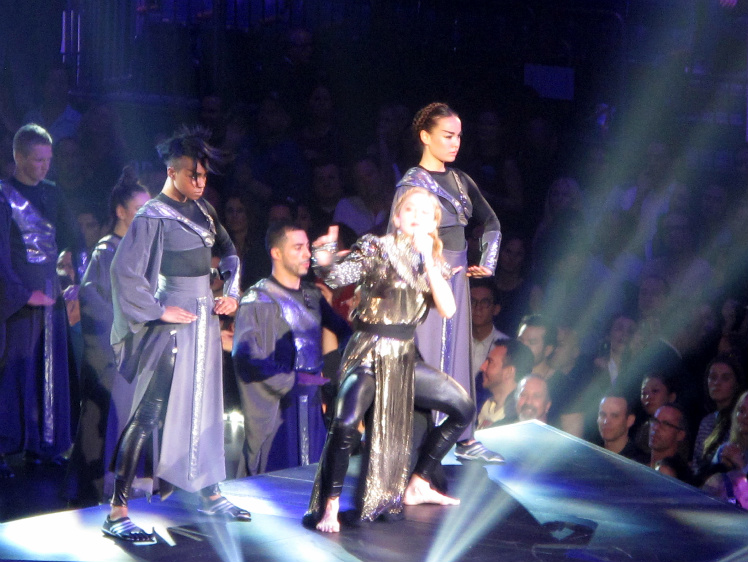 Don’t worry! I’m sure she’ll return all of the contortionists when her tour is done. Then you can go back to using yours as a coffee table or lawn flamingo, or whatever it is that you do. I don’t judge!