MrB and I went to dinner for our 11th wedding anniversary on Sunday. I like theme dressing, so I considered wearing my Gemma Kahng leather vest with the big heart on the back. I’ve worn that for anniversary and Valentine’s Day dinners before. But I opted for a dress with a red-lip print instead. 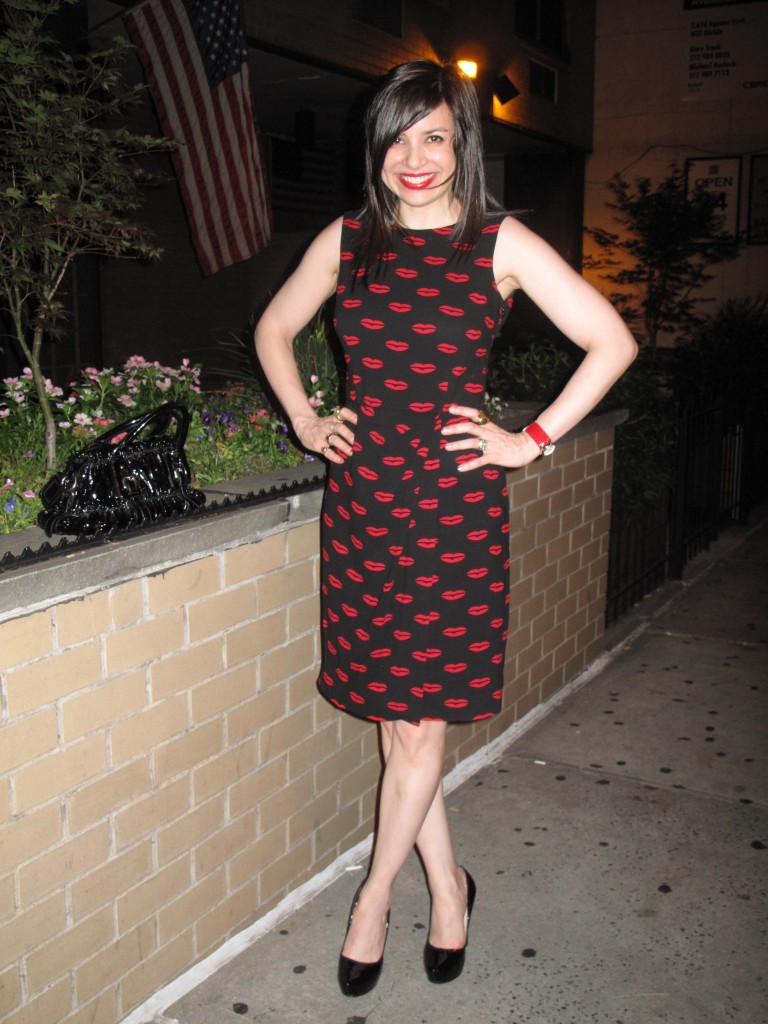 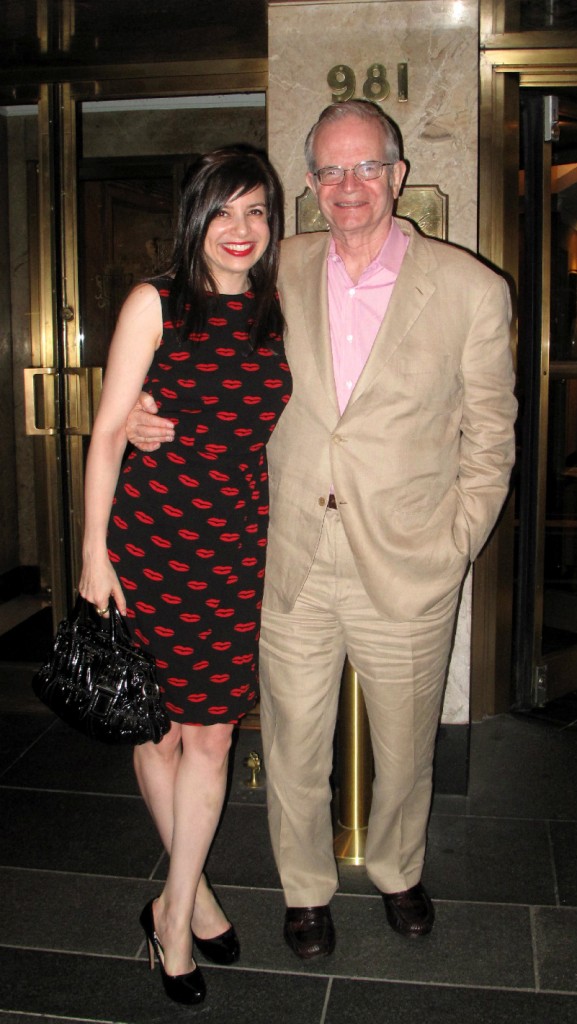 After dinner, we had drinks with our gorgeous designing friends Zang Toi and Stacy Lomman. 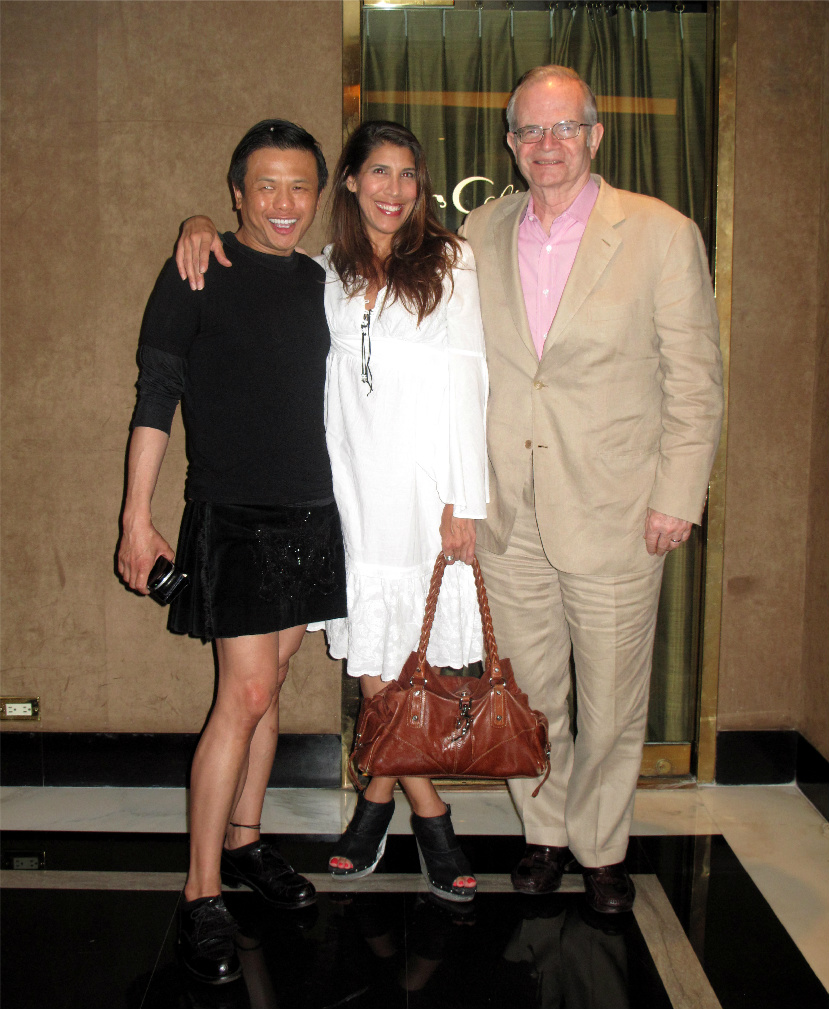 Isn’t it great that Zang’s skirt is shorter than Stacy’s dress? Gotta love a man who wears a mini!