My designing friend Zang Toi‘s lucky number is 13, so he schedules his runway shows for the thirteenth of the month whenever he can. Sure enough, he showed his black, white and red Gstaad-inspired collection at Lincoln Center on February 13 in the early afternoon. When this gown — which reminded me of a hanbok — came out, the audience audibly gasped. That happens a lot at Zang’s shows! 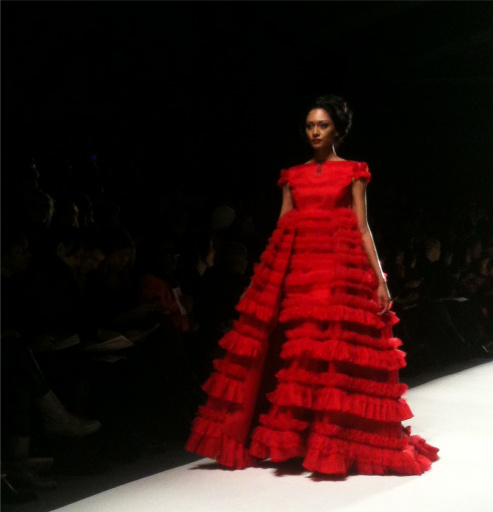 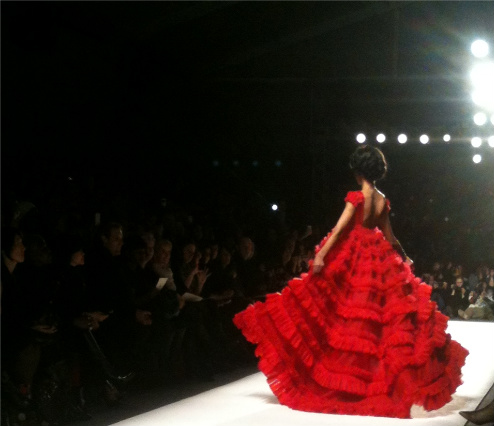 This gown with a cape was a big hit too. 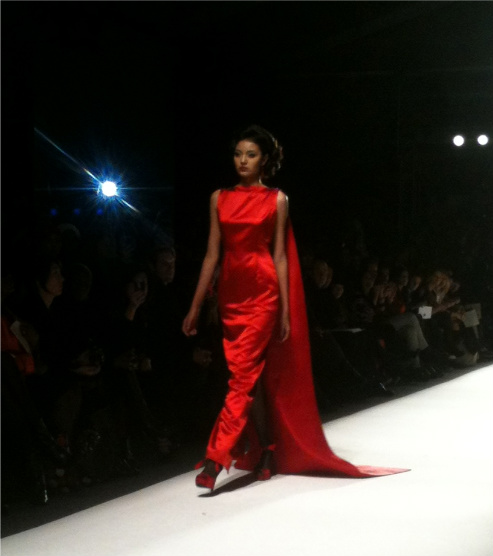 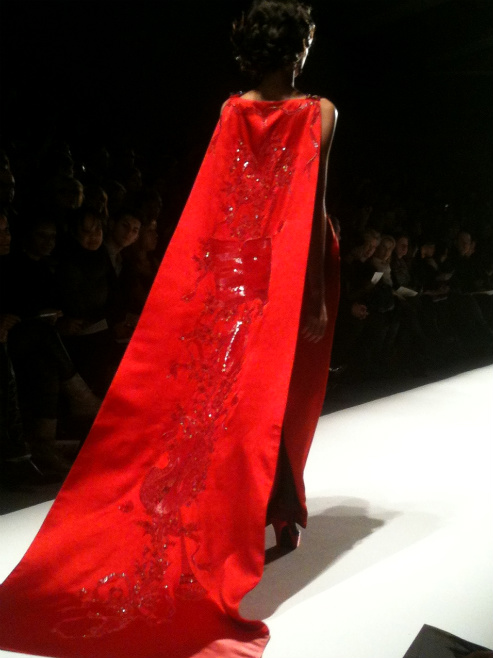 A large ribbon trailing from the shoulder of this gown was dramatic. 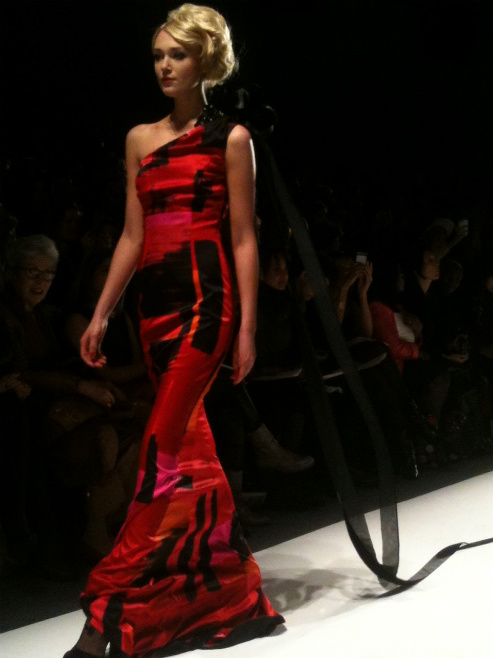 It's hard to see where the ribbon attaches, but you can see the end on the runway. 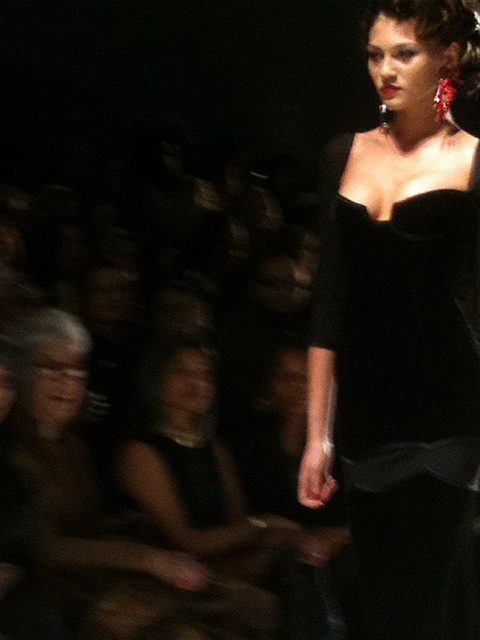 I'd wear this but not in black.

I’m pretty sure I’m going to wind up with this zebra jacket with a capelet effect in the back. 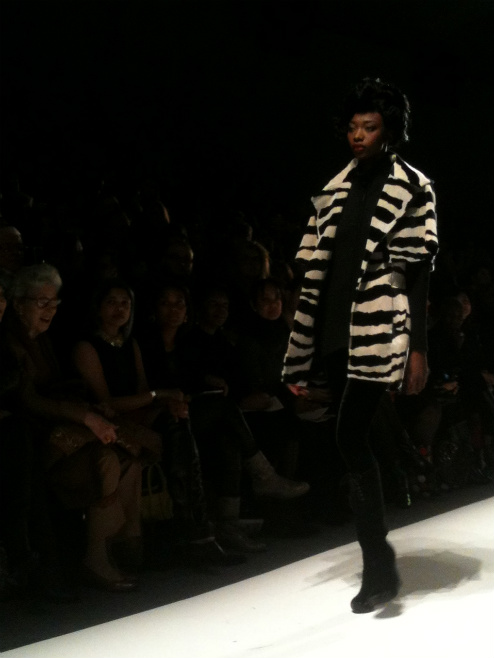 I do love animal prints.

Here is the final runway walk.

Zang got a standing ovation, as usual.

I wore a years-old Zang Toi sweater-and-skirt set to the show. I’ve worn that outfit three times in the past few weeks, desperately trying to get a better picture of it than the one I took for the blog in 2009. Somehow, I still haven’t gotten a good full-length shot, but you can see the sweater in this picture of me with gorgeous blogger Vyque at the show. 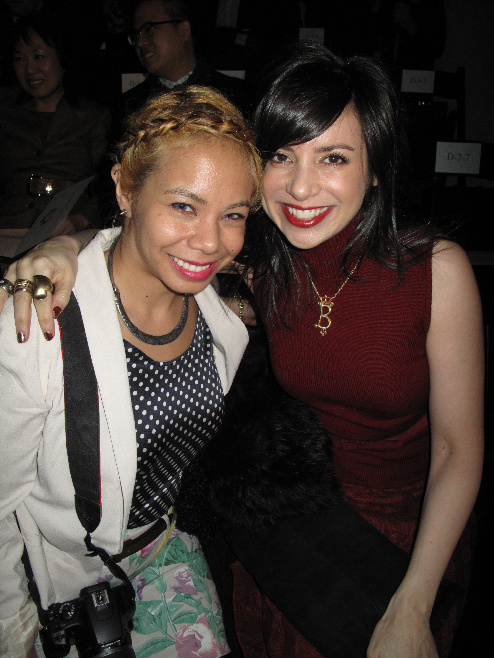 For Zang’s late-night, post-show party at the James Hotel, I changed into the Spring 2010 Zang Toi dress that I wore for New Year’s Eve 2011(are you keeping up with all the dates?). I grabbed Zang for a quick photo. 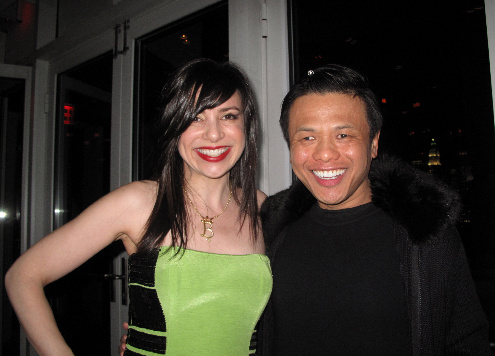 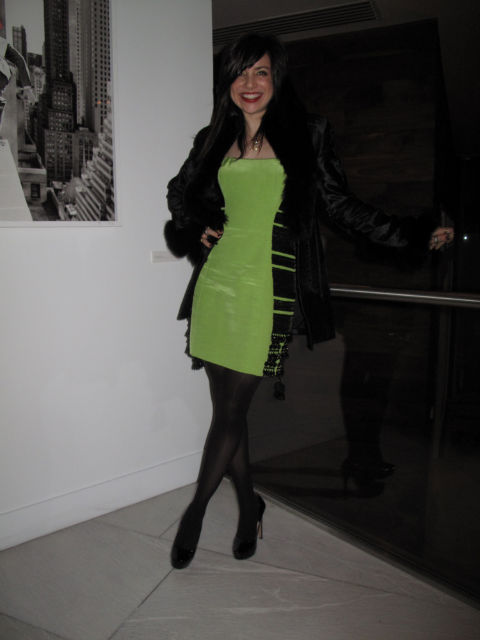 Lately, I keep reading that women shouldn’t wear strapless or short dresses after … ahem … after a certain age that I have already passed. Well, I’m doing it anyway, so put that in your pipe and smoke it! While you’re smoking, you can take a second look at the vein-licious picture of the rings I wore that night here.