My personal motto is Wear What You Want, but there are exceptions to every rule.  Hillary Clinton’s hair clip was one exception. Here’s another, courtesy of Courtney Love, who nipped out to a party in a dress that was apparently designed by the same guys who made the emperor’s new clothes. 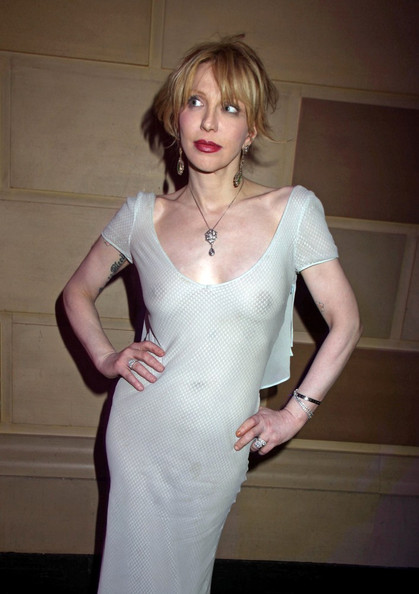 At first, I thought Courtney had fallen victim to one of those evil dresses that seem opaque to the naked eye, only to become transparent in a camera’s flash. Then I realized that the pictures were posted on her own outfit blog, so they presumably have her stamp of approval, though she doesn’t do her own posting. Here are more photos. Is that a stain I see near her thigh? What color is this dress, anyway? It looks like “formerly white gym sock.”  More importantly, why didn’t she order a fabulous custom-made nipple ring from me? That would have saved this look, don’t you think?