I was online all morning yesterday and didn’t get to open the paper version of the New York Times till early afternoon. I was flipping past the obituary pages because I’d already seen the story about the death of Playboy-Bunny-turned-cop-turned-murderer-turned-fugitive Laurie “Bambi” Bembenek all over the web, but then I glimpsed another story made me say, “OH NO!” out loud. Author Norman Mailer’s sixth and last wife, Norris Church Mailer, had died at 61 from the gastrointestinal cancer that she’d suffered from for 11 years. 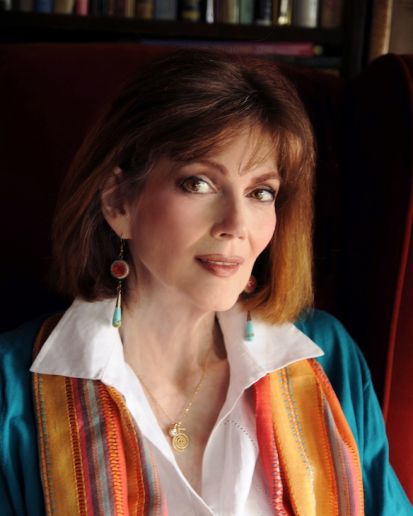 Norris was a model and painter who eventually became an author herself. Her memoir about life with Norman, A Ticket to the Circus, was published this year.

I only met Norris once, in the late ’90s, when MrB and I won dinner with Norman in a charity auction benefiting the American Italian Cancer Foundation. I previously blogged about the dinner, during which we discussed pugs and wife-stabbing, after Norman Mailer’s death in 2007. Norman wasn’t scary that evening, despite his reputation as a tough, brawling, sexist wife stabber. (Norris, in a television interview, once said of him, “…”one day Norman is a lion, the next day he’s a monkey. Occasionally he’s a lamb, and a large part of the time he’s a jackass.” But any jackassery was under control that night.) 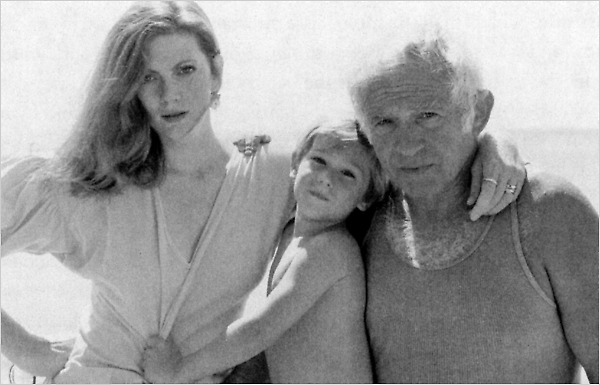 The sad news about Norris inspired me to re-read the short 1998 New York Times story about that Mailer dinner.  I forgot that it described me as MrB’s “friend.” We’d only been seeing each other for nine months at that point. Here’s the story in its entirety:

A ‘Bargain’ Meal With Mailer

That was how much PAUL STEIGER, the managing editor of The Wall Street Journal, bid for a dinner with NORMAN MAILER at an auction benefiting the American-Italian Cancer Foundation on Monday night.

The dinner, whose ”donor value” had been listed in the foundation’s glossy auction catalogue as ”priceless,” is for six at the Four Seasons restaurant. The date has yet to be set — the catalogue said that it had to take place between Dec. 5 and 20, but not on the 15th. The only other guest so far is Mr. Steiger’s friend WENDY BRANDES, who runs the markets desk at CNN.

”I thought this was a bargain,” said Mr. Steiger, noting that he himself had been a prize at charity auctions in the past — for almost as much as he is paying for the priceless Mailer meal. ”Once people paid $2,500 to have sandwiches in my office,” he said.

I deeply regret that I have no photos of that dinner. I didn’t get my first digital camera until 2001 and didn’t get a camera phone for years after that.  I suspect that not only did I not want to drag around a “film” camera that night, but that I also thought it would be rude or undignified to ask for a picture. I have much less shame about such things now. If MrB was paying for a dinner like that today, I wouldn’t hesitate to request a photo for my blog as part of the deal. But I’m still too shy to pounce on random Law & Order stars with whom I’m not dining.

The way I found out about Norris’s death reminded me that I’ve been meaning to discuss how beneficial it is to read newspapers on actual newsprint. I enthusiastically use teh Interwebs to stay informed, but I’m highly aware of how easy it is to select only what you want to read. That’s why I read on paper too. The mere act of turning the pages means I come across articles that I wouldn’t necessarily hunt down or might plain miss online. That’s exactly what happened today. Other days, I find myself reading the occasional intriguing sports story. I would never read any of those articles online, because I never choose to click on “Sports.” It reminds me of my bookstore experiences. While I do most of my book-shopping online, whenever I walk into a store, I think, “I MUST do this more often.” There are always so many great books that I either haven’t heard of or might not have been inspired to buy online.

Self-selecting your news can have more serious repercussions than missing out on an interesting story about bad-ass female athletes. One thing I can’t stand is people doing illogical things out of good intentions, so I was distressed last January by hordes of well-meaning folks collecting canned food and clothing to help the victims of the earthquake in Haiti at a time when planes attempting to fly in with aid were being turned away because the Port-au-Prince airport was too damaged to accommodate landings. They would have known about that if they’d flipped through a newspaper instead of focusing on Twitter and Facebook clothing-drive pleas.  The New York Times also ran a very informative story quoting experienced aid workers who advised giving money rather than, say, sending TV dinners that require a microwave oven to places where there aren’t any microwaves or even electricity.  Meanwhile, online, a blog called Good Intentions Are Not Enough offered excellent advice on how to help Haiti most effectively … but I only discovered the blog through the New York Times. I particularly recommend these posts from Good Intentions Are Not Enough:

In case you’re still not persuaded to read non-virtual news, I’m going to start doing videos so I share with you whatever grabs my attention in the papers. Stay tuned.