My brother-in-law ,Tim Berry, posted this 2009 photo of me with my sister, Terri Berry, and my nephew, Sebastian Berry, on Facebook. I had to share it here because I think Terri and I look even more matchy-matchy than usual. 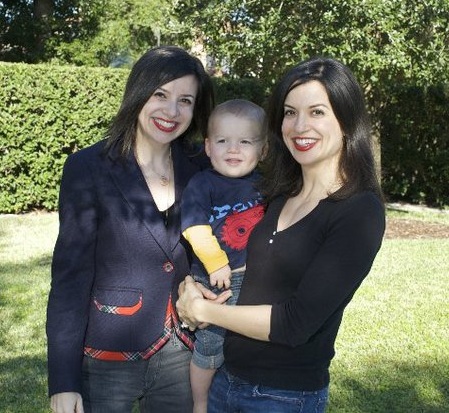 You might also like
America's Next Top Model?
Fashion Moments in France
Home for the Holidays
Previous Post: « What Wendy Wore: Going Gaga From the Heat
Next Post: Pimm’s, Peekaboo and an eBay Pick »