The title of the 1992 thriller Single White Female always bothered me due to its lack of realism.

In the movie, an attractive New York chick played by Bridget Fonda needs a roommate, so she places this ad. 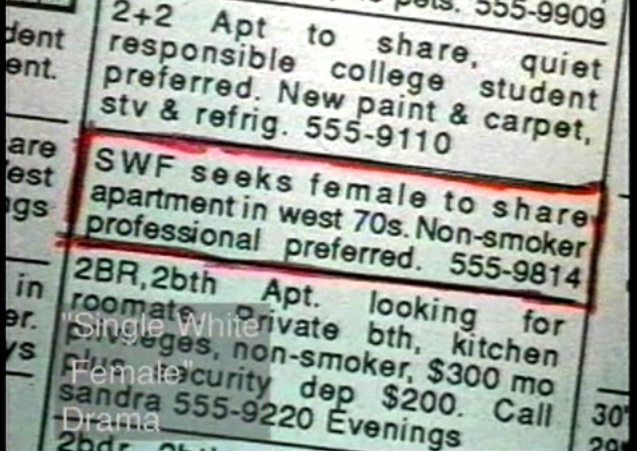 I wonder what cracktastic neighborhood that $300 2 BR, 2 bth was in. 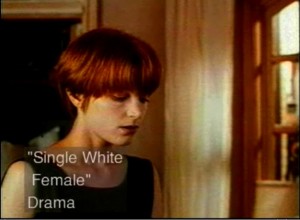 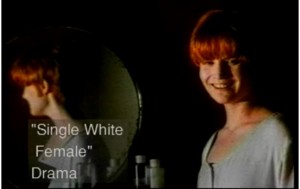 I lived in New York with roommates in the early ’90s. Back then, people would place ads for roommates in a paper version of the Village Voice. Capacity wasn’t infinite like it is now on the Internet, so there would be relatively few ads. We’d have to run out the day the paper was published, scoop it up, run back home to our non-wireless phones and start calling like crazy. I think I cleverly called from pay phones a couple of times.

People also used to run sex ads in the newspaper. (In these Craigslist days, it’s difficult to imagine waiting a whole week to find the perv of your dreams.) The sex ads, not the roommate ads, were the place where you’d identify yourself as a “single white female.” As I recall, race couldn’t be mentioned in the equal-opportunity real-estate section (gender could be specified). Relationship status was irrelevant. Plus, you were charged by the letter. It would be stupid to waste money on “single,” “amicably separated” or “I don’t understand why he didn’t call me because I thought we had a good time after I answered his sex ad in the Village Voice” when you were desperately seeking anyone with $500 for a security deposit and a tolerance for cockroach-infested kitchens.

Of course, the fact that “single white female” is completely unrealistic for a roommate ad didn’t stop the expression from becoming a well-known synonym for “psycho bitch who bites your style and possibly tries to kill you with a shoe.” Even I can’t stop myself from using it, and it was on my mind this week when I went SWF on two gals in one day.

In December, my gorgeous designer friend Stacy of Taffeta Darlings wore a sex-ay menswear vest she made herself, and I declared I had to have one just like it. She finished it this week, so on Wednesday we dressed like twins for a jaunt down to my handsome friend Evan’s vintage store Frock. Evan is selling Linda Derector‘s collection of vintage sunglasses and I wanted to check them out before their official debut. I put on a pair that made me look like a lady from The Far Side, Stacy put on a cupid-adorned pair by Moschino and we posed in our matching vests. 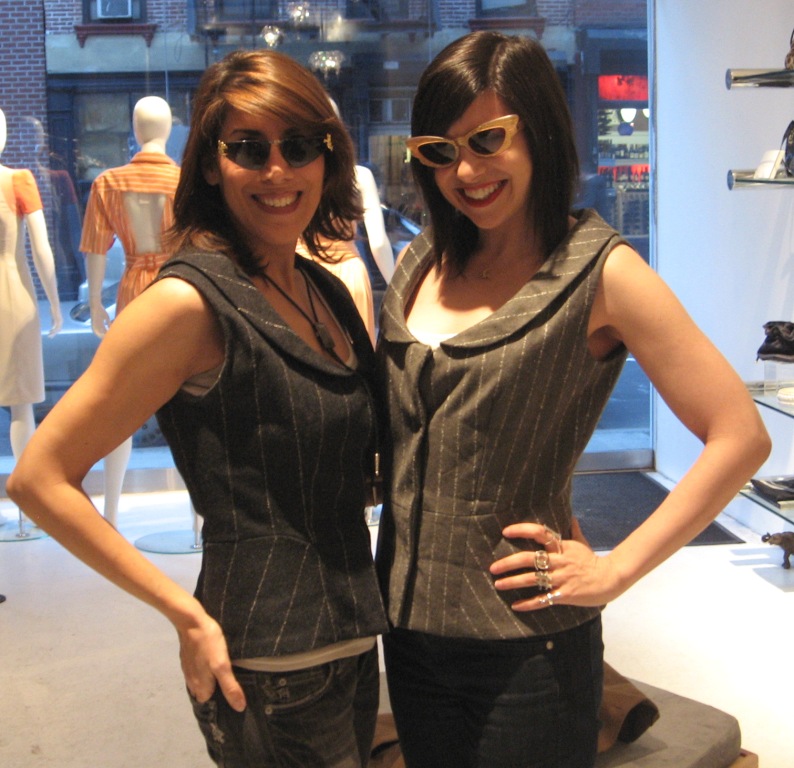 When you care enough to send the very vest. 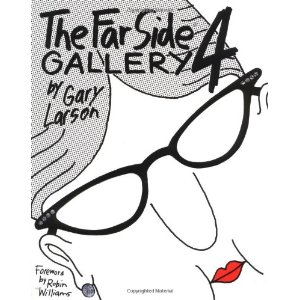 See the resemblance? She even has red lips!

I decided the Far Side look was a good one for me and tried on more cat’s-eye shades. 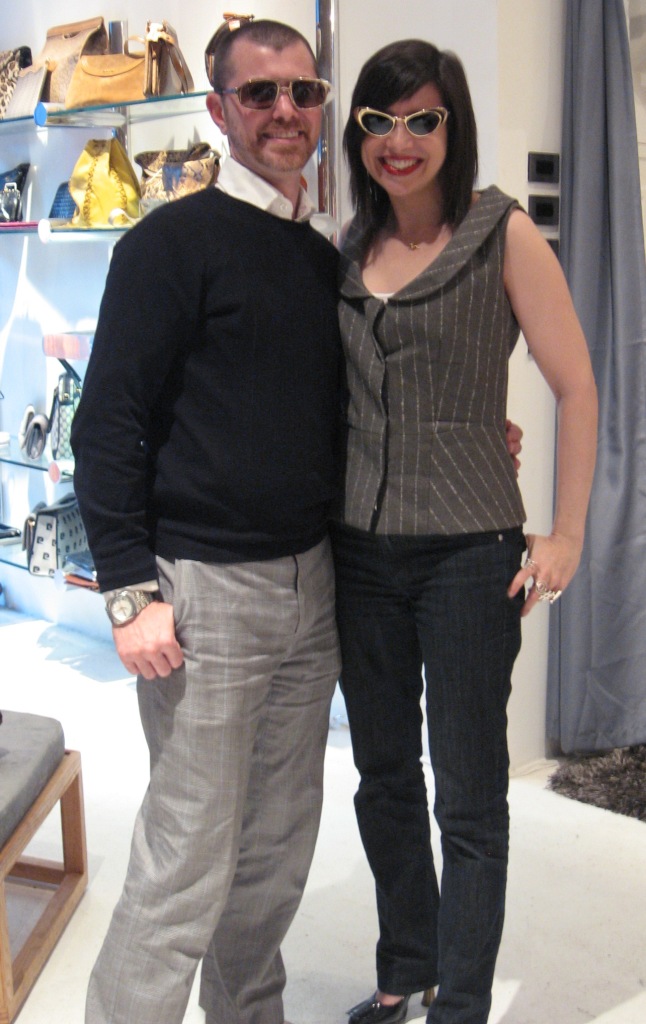 Evan in another pair of vintage sunglasses.

Evan and Stacy convinced me that a purple pair with rhinestone corners was the most flattering and the least crazy-looking. 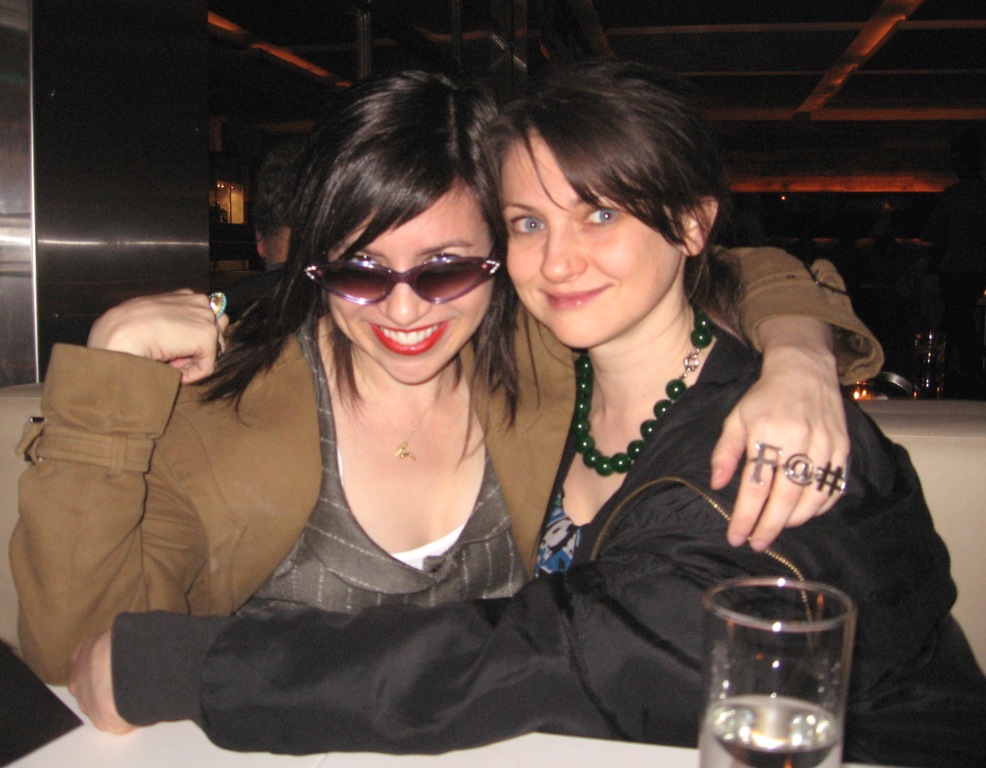 We met Tatyana for drinks after shopping. Note that I'm wearing my swear rings!

After I got them, I realized I had SWF’d the colored cat’s-eye sunglasses recently purchased by gorgeous blogger Jennine of The Coveted and Independent Fashion Bloggers. 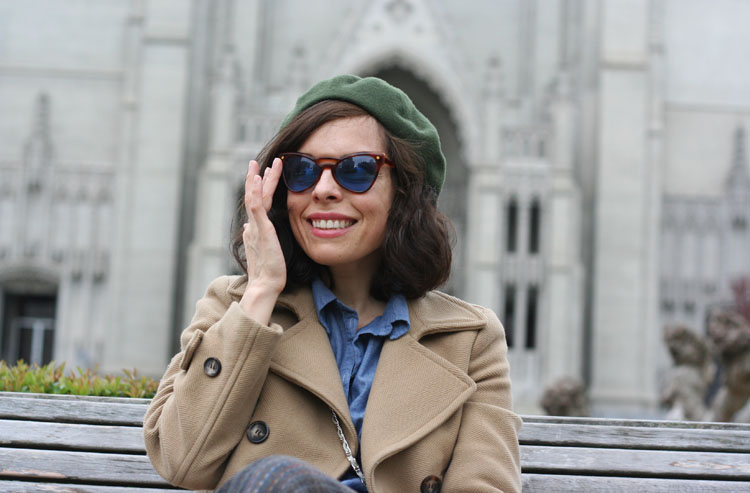 In fact, I double-SWF’d Jennine, because I’ve already been wearing round sunglasses that Jennine herself gave me. I’m like her eyewear stalker. Shady! Literally. 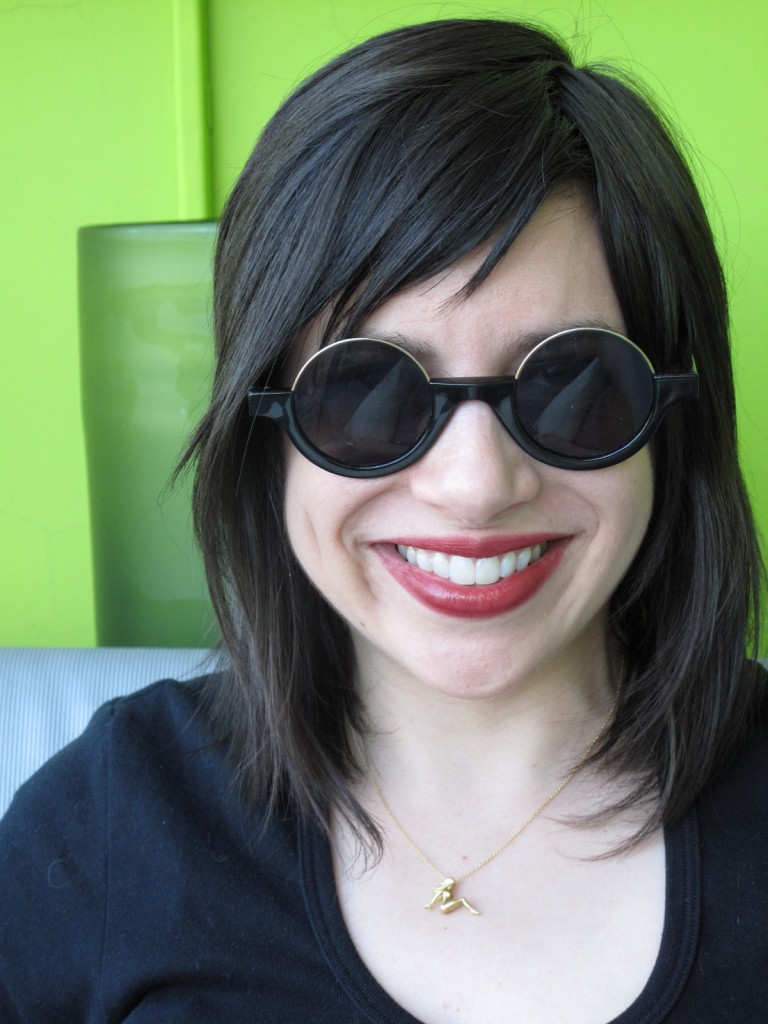 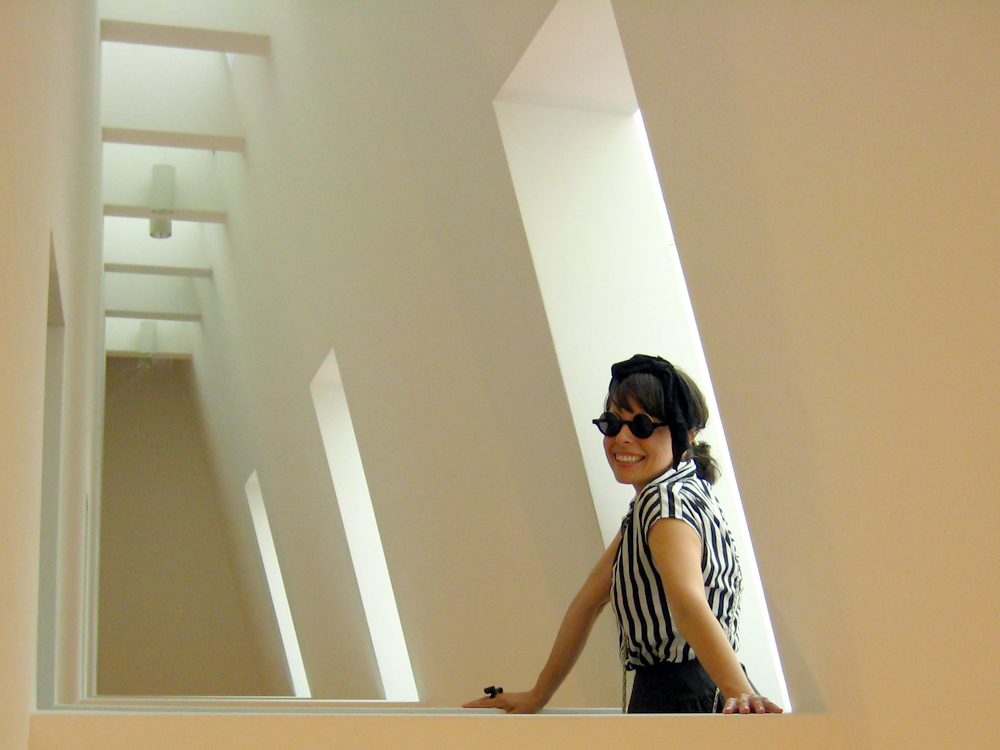 Even though Stacy and Evan thought the first pair of sunglasses made me look like I should be hanging out with talking livestock, I am seriously considering going back to get them. What do you think?

Vintage sunglasses: If you’re in New York and want a pair (many styles available in addition to cat’s-eye), you should get to Frock fast. A very, very big designer’s team is already looking at the collection. Frock is always very popular with designers looking for inspiration, so this is your chance to get an original. And don’t leave a comment saying you don’t like those glasses on me so that you can snag them. I’m on to your little tricks. 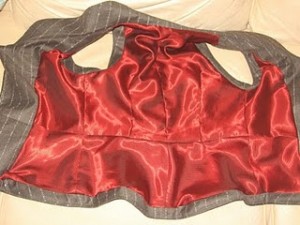 Even the lining of my vest is beautiful.

Swear rings: At wendybrandes.com, of course!

Jennine’s cast-off stuff: You can ask her or snoop through her garbage, but I don’t know how thrilled she’s going to be about either of those. If you’re rummaging through her trash and she runs out brandishing a shotgun, don’t come crying to me.

You might also like
What Wendy Wore: Elevator Talk With Anna Wintour
What Wendy Wore: Ossie Clark at Rosewater Screening
Three Lovely Ladies in Thongs (Thong Sandals, That Is)
Previous Post: « Listening to Me
Next Post: Book Club: A Distant Mirror, Part II »