Today is a day for celebration: it is the one-year-and-one-day procrastination-versary of my introduction to my favorite history book, A Distant Mirror: The Calamitous 14th Century by Barbara Tuchman. 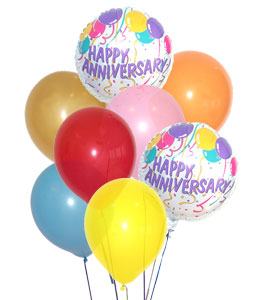 Feel free to send me some celebratory balloons.

On March 26, 2009, I posted about A Distant Mirror and told you to come back the next week for more. I wrote a long and passionate follow-up post but decided that it wasn’t good enough. Then I fell victim to a combination of conditions that I’ve self-diagnosed as the book-review yips, “the perfect is the enemy of the good” flu and “Maybe if I ignore it, it will just go away”-itis. I frequently thought about the missing post and my desire for closure. I even took a special trip, thinking I could get back on track with an easy, all-photo post. I could barely enjoy reading other books, knowing I had unfinished business with A Distant Mirror.

With the horror of the procrastination-versary upon me, I finally got motivated to show this book who is boss. 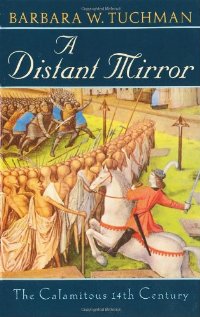 Of course, I could have given up and moved on. It’s not like any of you pre-purchased Wendy Brandes’s  “A Distant Mirror, Part II” post and were going to demand a refund. But I think well-written history is a good way to counteract Chicken Little-style societal despair, which is more easily spread than ever thanks to teh Internets.

When I read the book, I was excited that something published in 1978 could shed some light on an economic slump that, while terrible, was hardly humanity’s all-time low. The relentless self-flagellation and finger-pointing, the drone of “we are being punished and will be forever changed” in the media had gotten on my last fucking nerve. Just because overwhelming pessimism is the pendulum swing that follows irrational exuberance doesn’t make it more real.  It reminds me in a way of when people say the opposite of love isn’t hate, but indifference. I have to quibble with semantics there because I think the two extremes are indeed each others’ opposites. But the point people are trying to make — to one’s great irritation if one is in the midst of some good hate — is that indifference is the place that’s more clear-headed and less biased. It’s the place where you get some perspective. 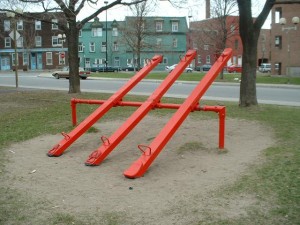 I envision perspective as the fulcrum on a seesaw.

Perspective often requires hindsight, and any book about the 1300s is bursting with opportunities for hindsight. In the 14th century there were, among other woes: a Little Ice Age; the plague known as Black Death, which could kill victims in one day; the Hundred Years’ War, which was actually a series of wars; soldiers-for-hire who rampaged around the countryside, stealing everything that wasn’t nailed down and burning anything that was nailed down; a split in the Catholic Church that resulted in two popes at one time; Crusades; literal self-flagellants who marched from city to city whipping themselves, stoning priests and killing Jews; and — my personal favorite — dancing maniacs. Dancing maniacs did not wear sex-ay polyester suits like in Saturday Night Fever. They wore garlands in their hair and thought they were possessed. Tuchman describes them as:

“Forming circles in streets and churches, they danced for hours with leaps and screams, calling on demons by name to cease tormenting them or crying that they saw visions of Christ or the Virgin or the heavens opening. When exhausted they fell to the ground rolling and groaning as if in the grip of agonies.”

She notes, “Sexual revels often followed the dancing, but the dominant preoccupation was exorcism of devils,” so you squares who are still mad about the ’60s can stop comparing the maniacs to hippies.

Oh, and people had to pay a lot of taxes. Forget the disease that killed you in your tracks, dancing maniacs and double popes: it’s the economy, stupid!

As you might imagine, a lot of people interpreted all of this as evidence that the end was nigh, though now we know it wasn’t. People are always looking for signs of the apocalypse. Whenever you find yourself convinced that natural disasters, wars and the fact that my almost-husband Paul McCartney annoys me by giving the thumbs-up sign mean the world is going to stop turning — remember that you’re not having an original thought. (By the way, the apocalypse has been re-scheduled for 2012. Put it on your calendar and tell Nostradamus the news.) 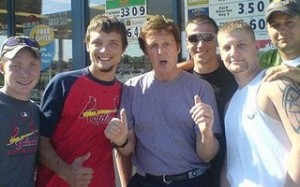 The thumb thing really does bother me. Click for my original post using this picture and its source.

Europeans believed they were living in the worst of times in the 1300s as fervently as New Yorkers did in the 1970s, which was just as passionately as people in many different locations do today.  And I doubt there was or will be an era without enough disasters — courtesy of both Mother Nature and human nature — to make everyone on earth feel safe and secure. Remember the late Tip O’Neill, formerly Speaker of the House, said, “All politics is local.” Everyone is most concerned with his or her immediate environment, so when you believe that things are good, people on the other side of the world are equally sure life is hell. And, always more shocking, when you think life is hell, there are people thinking you’re living in heaven compared to what they’ve got. And no matter what you’re thinking, there will be people who are sure they exist on a higher plane than you can even imagine. They’re called “French.” (If you ever need to defend yourself from taunting French people, say, “You were involved in that second pope nonsense!” They will crumble like macarons and surrender.)

Seeing as there will always be earthquakes and diseases and criminals and wars, no matter how hard you agitate for change and imagine peace, why not despair for humanity? That’s where hundreds of years of perspective are more helpful than reviews of months, years or decades. If you read A Distant Mirror, you’ll see that while many aspects of the human character remain depressingly the same, society is capable of improving. Of course, that improvement happens in fits and starts, and often positive change comes from terrible times and isn’t discernible for generations. So, yeah, maybe you should despair. No, I’m kidding. Keep busy like French nobleman Enguerrand de Coucy (1340-1397), the star of A Distant Mirror. I’ll tell you all about him in my Part III post on March 29, 2011. No, I’m kidding! I will publish it on Thursday. I mean it this time. I’m writing it now. No, really, I am! Does anyone want to pre-purchase a post? Money talks.