I usually avoid commenting on politics — unless they are are pre-19th century politics — but I can’t resist this.

New York Governor Eliot Spitzer has been linked to a prostitution ring (which he has confirmed). I encountered Spitzer in his attorney general days at various events and he was campaigning for governor from day 1. I was once at a large dinner where Spitzer speechified for so long that I threatened a New York Times reporter who was sitting next to me with physical violence if he tried to ask a follow-up question. (Afterwards, a host of the dinner came up and asked the poor reporter why he didn’t ask more questions. I don’t know whether it was chivalry or shame that kept him from confessing that I was pinching him every time he tried to speak. What? You would have wanted to leave too!)

Back then, Spitzer’s love for the high-profile case reminded me of Rudy Giuliani’s U.S. Attorney days. Very showy. Spitzer was nicknamed the “Sheriff of Wall Street,” while Rudy had a flair for bringing out the handcuffs to make insider-trading arrests that he didn’t have enough evidence to prosecute. (I’m sure only my husband and the Wall Street Journal lurkers will read this and remember the “Your Bunny has a good nose” story.) 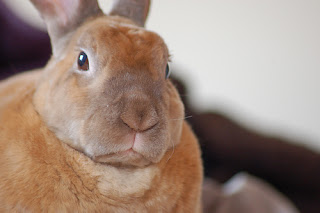 Anyway, Law & Order’s Dick Wolf is going to be all over these developments. I can’t wait to hear what Sam Waterston‘s eyebrows have to say.