Superman II was the best of the Christopher Reeve Superman movies because it had three hot villains. 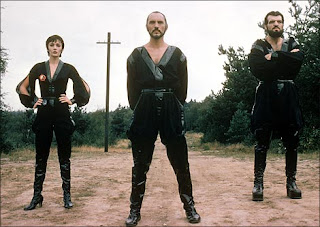 Okay, it had two hot villains. The dude on the right was just some kind of Wookiee with slightly reduced body hair. But on the far left, we have Ursa. Behold the beauteousness of Ursa! 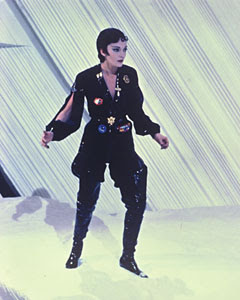 Behold her fabulous tall boots, sex-ay open sleeves, pixie hairdo and clever way of accessorizing basic black with doodads taken off people she killed. Wait! It gets better! Behold the leg of Ursa! 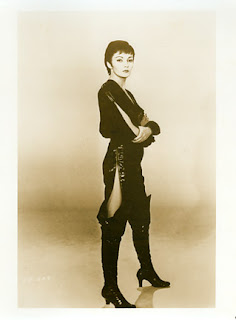 In the original Superman movie, Superman’s dad called her “the woman Ursa, whose perversions and unreasoning hatred of all mankind has threatened even the children of the planet Krypton.” I think we all know was really going on. Mr. Superman wanted to sample some of Ursa’s hot, freshly baked perversions and Ursa said, “I’m busy being perverted with a semi-hairless Wookiee and the guy that WendyB hasn’t mentioned yet. Talk to my secretary and maybe she can get you on my calendar for the first of never.” So the vengeful Mr. Superman sent Ursa and her man-bitches to the “Phantom Zone,” which is like Guantanamo Bay in space because you’re supposed to be locked in there for all eternity. 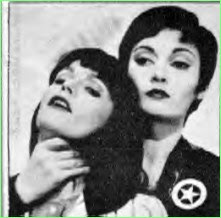 Ursa breaks a bitch’s neck while wondering if she needs to pick up milk for her Wookiee. 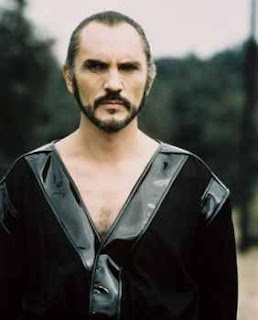 General Zod has an amazing bosom.

Because Zod is running for president, the position of ruler of planet Houston opened up and I easily won it. I can tell because the tributes have been pouring in from my faithful servants. They call these tributes “tags” and “memes,” which I believe are similar to precious metals. Just yesterday, Diana and This Lady knelt before me to pay tribute to my powerful intellect and excellent question-answering skills. Today, Queen Michelle knelt, respectfully offering me a Thinking Blogger Award, as The Clothes Horse wisely did before her. (A queen!!! Zod only ever got a president to kneel. In!Your!Face!Zod!) 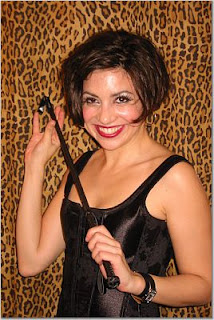 Kneel!
I have a riding crop and false eyelashes and I’m not afraid to use them!

Let it be known that Wendy Brandes is a generous and loving planetary ruler! I have personally selected five subjects to kneel before me and share in this Thinking Blogger award. After, I must feed them to the Wookiee or he gets low blood sugar. But I know their families will relish this honor as long as I let them live.

These are my victims:

Be sure to click here, victims, to find out what your responsibilities and privileges are. Do it while kneeling. The rest of you are dismissed until the next feeding time.

You might also like
The Week in Review
Please, Mr. Postmaster!
How to Get Out of Jury Duty
Previous Post: « We Tag the World. We Tag the Children.
Next Post: Lucy Liu’s Clothes in Cashmere Mafia »