It looks like Rihanna and I are on the same page! The musician and fashion/beauty mogul introduced Fenty, her new luxury clothing line under the LVMH corporate umbrella, with hand-picked models including 68-year-old JoAni Johnson. What better time to reveal the fourth image in my “Immortal Style” campaign featuring 76-year-old Judith Boyd, aka the Style Crone? In this photo, Judith is wearing my onyx-and-tsavorite skull ring with hidden diamonds, and my Memento Mori skull-and-bones earrings in blackened 18K yellow gold. 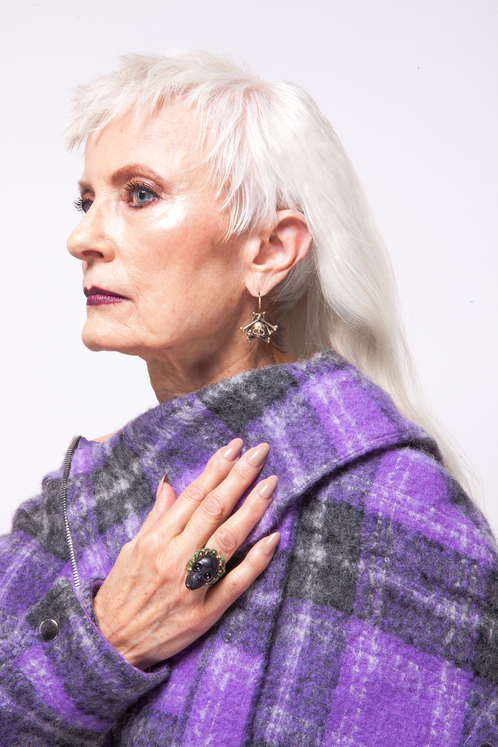 This video offers a closer look at the one-of-a-kind skull ring.

And here are the four images from my campaign so far. Click the collage to see all my posts about the campaign. 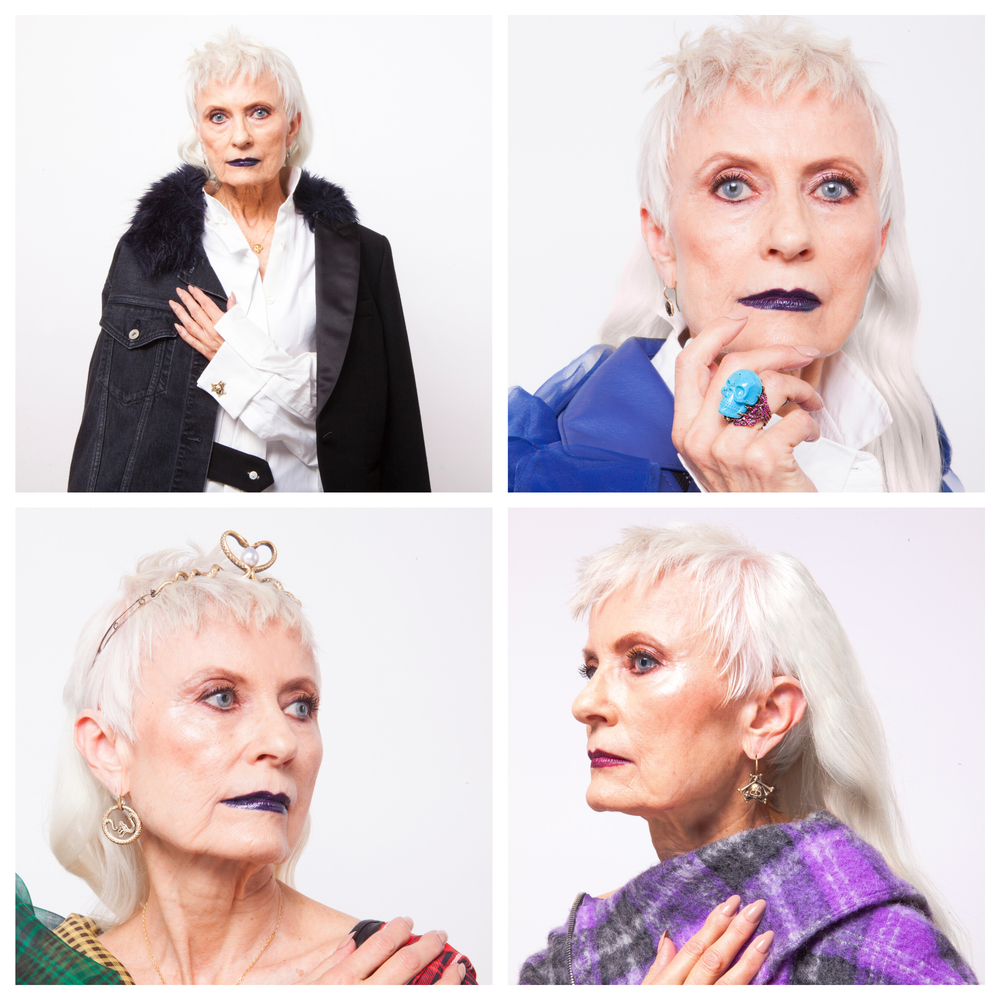 Click for more posts about my “Immortal Style” brand campaign.

With the tartan fabrics, mullet, and Queen of Scots serpent tiara in this campaign, I think we have a pretty good “angry queen” vibe going on, don’t you agree?

I’m excited to see Rihanna saying “fuck you” to tradition when it comes to models at the luxury level. I see women like Judith and JoAni as aspirational — I think everyone should open their eyes to expanded concepts about beauty. I believed that back in 2013, when rich and powerful Miuccia Prada, of all people, claimed she wasn’t “brave enough” to put older women on her runway. Maybe you have to come from outside an industry — like Rihanna in fashion and me in jewelry — to challenge its norms. Anyway, if you haven’t already watched my video about working with diverse models, check it out now.

By the way, the vintage Donald Brooks dress I’m wearing in that video first appeared on this blog in 2008, so I’m combining the slow fashion movement with the groundbreaking-models movement.

UPDATED TO ADD: I read The Root’s interview with JoAni Johnson, and as soon as I saw that her late husband’s name was Peter, I just knew it was the Peter Johnson I remembered from Columbia University in the 1980s! I was right. I love the story about him taking photos of her as she walked the runway.