I almost got through all of October without doing a single outfit post! The upcoming election has taken up all my bandwidth. Luckily, I took a single photo early in the month that featured some silvery homegrown vintage. 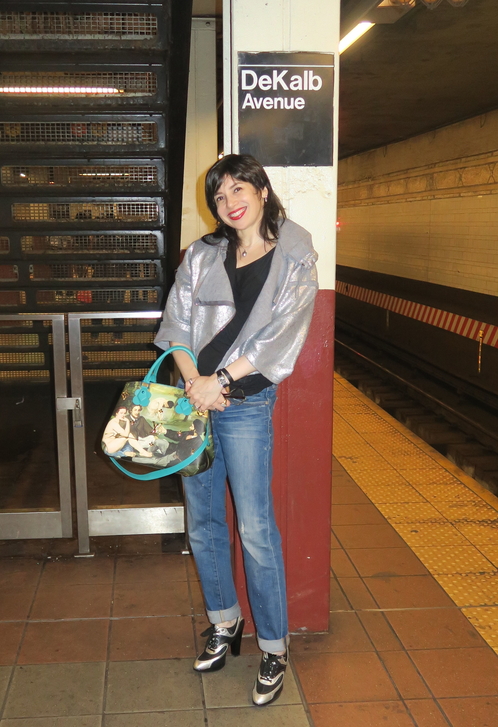 I have such a clear memory of buying those shoes in L.A. I can’t believe that was nine years ago! Separately, isn’t the subway platform looking extra-filthy in this photo? Ah, New York.