I already posted the dress I wore to the International Press Freedom Awards dinner held by the Committee to Protect Journalists on November 15. In case you missed that “meh” fashion moment, here it is again. 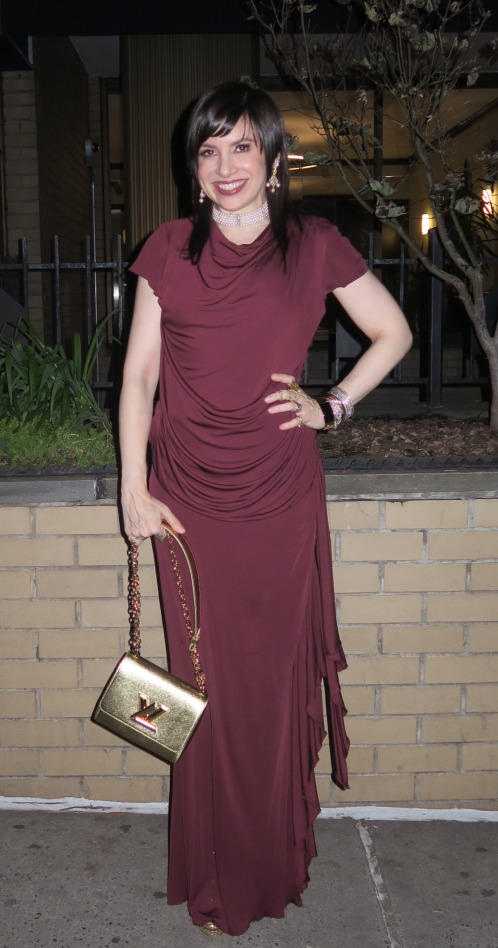 I’ve been wondering if getting rid of those cap sleeves will make the dress look less like a sad, raisin-colored dishrag. I will have to have a consultation with Jean of Ghost Tailor — my alterations expert — in the new year.

The annual fundraising dinner honors courageous journalists from around the world and, as you can imagine, it’s always an emotional event. This year was even more affecting that usual, as tribute was paid to past honorees who were murdered. By CPJ’s count, there have been 34 killings of journalists this year for which the motive has been confirmed. There are more cases in which a motive hasn’t been confirmed. Still more journalists are missing, while hundreds are in prison. 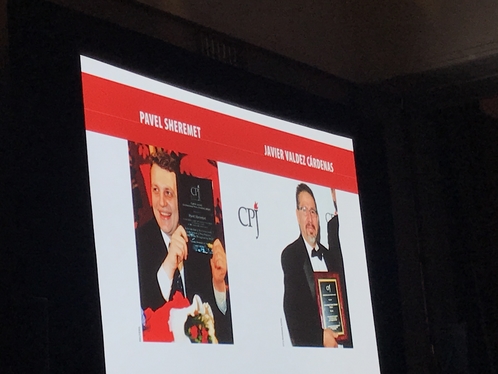 Pavel Sheremet of Ukraine received an International Freedom Award in 1998. Last year, he was killed by a car bomb in Kiev. A year later, no one has been arrested. Javier Valdez Cárdenas of Mexico received his award from CPJ in 2011. On May 15 of this year, he was dragged out of his car by unknown assailants in the northern Mexican city of Culiacán and shot to death.

And just a month before the dinner, investigative journalist Daphne Caruana Galizia of Malta was also killed by a car bomb. She had reported on government corruption, including the Panama Papers, and had reported death threats to the police.

I encourage you to learn more about these journalists, and CPJ’s work in general, by watching this video.

Three of the recipients of this year’s awards were there to accept in person:

Honored in absentia was Ahmed Abba of Cameroon, who has been in prison since 2015 on phony terrorism-related charges.

One surprise attendee was Meryl Streep, who called for support for CPJ in a speech she gave at the Golden Globe Awards in January and caused a major surge in donations. She presented Patricia Mayorga’s award and delivered her own remarks. I was intrigued to see that my video of a portion of her speech got a few hostile comments on YouTube. I mean, what kind of person gets angry at Meryl Streep? You can check out all her remarks via CPJ’s better-quality video.

I’m proud to say that CPJ was given four stars by Charity Navigator, which rates nonprofits for financial health, accountability, and transparency. If you’d like to support this great cause, you can donate here.