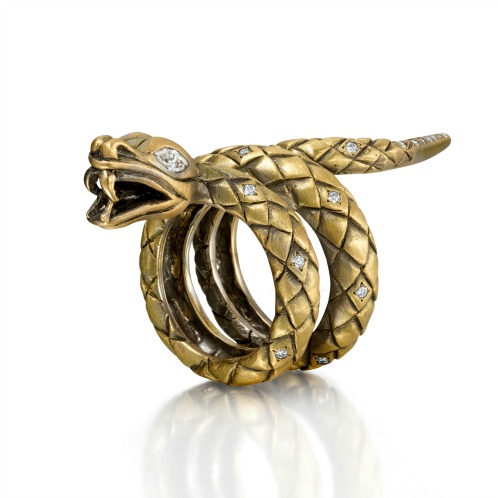 … and if you don’t know why I associate Mary Queen of Scots with a snake, watch my new YouTube video to find out.

I figured it was time to do a jewelry video after four weeks of talking about vintage clothes. My poor Queen of Scots ring! I didn’t realize I’d forgotten to give her a Jewel of the Month post until I did the photo shoot for last week’s video about designer Ossie Clark, which mentioned Ossie’s use of snakeskin. 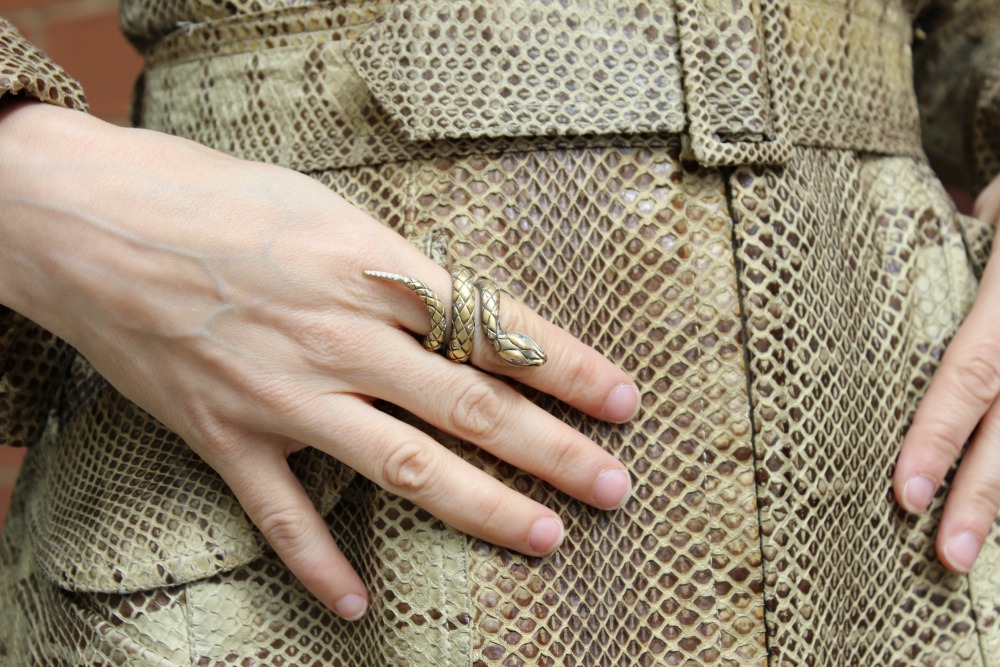 My neglect doesn’t indicate a lack of love for this ring. It’s the opposite! I’ve spent so much time looking at this ring and talking about it and taking it everywhere I go that I couldn’t believe I didn’t already blog about it. I sure had a fun time showing it off at the Metal & Smith jewelry show in January, where several attendees photographed it.

This is one of my pieces that you have to feel to believe, because I used nearly a full ounce of 18K yellow gold to make it, before sprinkling it with diamonds.

One look in his marquise diamond eyes and I was smitten! Brand new by the incomparable @wendybrandesjewelry

The funny thing is that I moved this long-planned design (I mean, I wanted to make it for 10 years!) to the top of my to-do list because so many jewelry peeps I know wear (relatively) petite, vintage snake rings. My gorgeous friend Alyssa Brownell has an impressive collection of those, including ones that are for sale.

A new snake-babe has join this #snakesquad (bottom middle finger) and I couldn't be happier. Per the 'uge, I want him all for my own, but he must find a forever home. 14K pinkish gold pendant conversion ring with handmade 14K yellow gold band. Size 6.75. Garnet cabochon eyes and a wicked tail curl, to boot! All of these rings are up for grabs except the middle pointer. Lemme know if you like one (or two), we can strike up a deal?. #hintingseason #snakejewelrygoals #youknowyouneedprotectionfromthatdrunkuncleagainrealsoon

I thought, “I’ll do my own little snake ring. Streamlined. Easy.” I shared a photo of my first wax model last year. There was room on its head for a triangular diamond. 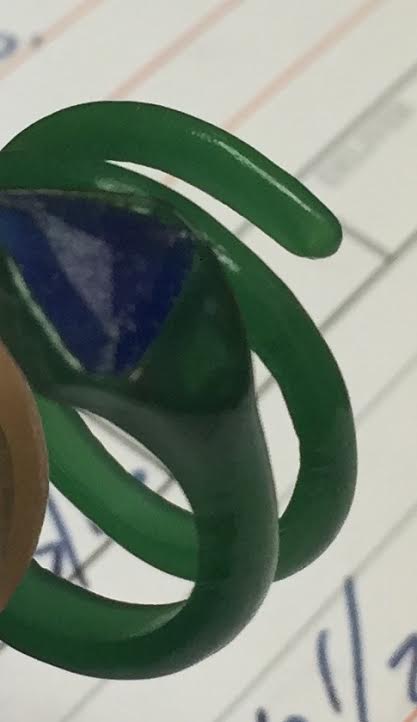 As you can see, the wax was fairly large, because I do like a statement ring, but the design was — as planned — streamlined and easy. 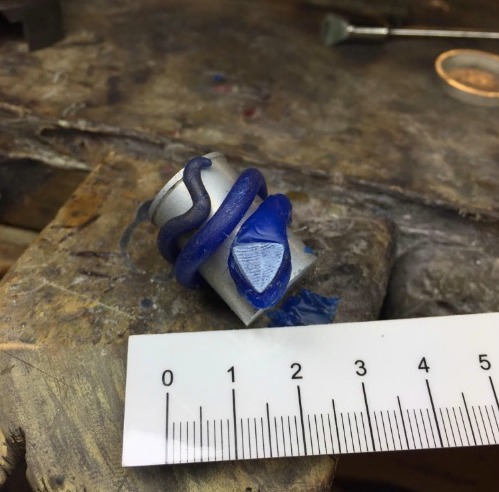 I looked at that and was like, “Nah, that’s not me. I’ve got to do it my way. The Queen of Scots way.” I believe I did two more waxes before I was satisfied. And here’s the final result on Alyssa Brownell’s hand. Look at this and then scroll up and look at her vintage snakes.

The newest jewel from my friend @wendybrandesjewelry is of my most favorite subject matter, A Snake! This hand carved magnificent beast has the most buttery gold satin finish diamond speckled scales and marvelous marquise diamond eyes. But the details that really get me are his arched nostrils and four sharpened fangs. #jewelrywithaface has never looked or felt better! Brava babes! Seen @metalandsmith

“Big and complicated” is my style and I’m sticking to it.

I’m not going to let another decade pass before I debut the next Queen of Scots snake design. The person who inspired me to work on that right away was — guess who? — Alyssa Brownell. She’s wearing it for a very special event next month. When Alyssa reads this post, she’s going to be like …

I first blogged about Mary Queen of Scots and her cousin/killer Elizabeth I in 2007. That post includes some fun anecdotes about the two queens that didn’t make it into today’s video, so after you’ve watched the vlog, you can supplement your queenly knowledge by reading the old post.