United Airlines got itself into a world of trouble yesterday over leggings after an alert (female) observer tweeted that two teenage girls were barred from a flight because of their leggings, while a younger girl was forced to put a dress over her leggings in order to board. The social-media genius at United decided leggings were the hill that s/he wanted to die on, robotically tweeting that the airline had the right to deny service to “pass travelers” deemed to be inappropriately dressed.

The passengers this morning were United pass riders who were not in compliance with our dress code policy for company benefit travel.

Pass travelers are airline employees and their family members who are allowed to fly standby for free. A nice perk, eh? Still, who looks at a random teenage girl in the airport and thinks, “Her relative must work for United. Ugh! Look at her outfit!”

@KeeganAllen The customer this morning was a teenage United pass traveler who did not meet our dress code policy for pass riding. ^KP

I could understand airlines asking pilots or flight attendants flying for free to wear their uniforms — as uncomfortable as those might be — in case those people are called upon to lend a hand in an emergency, but who cares about anyone else?

Let’s face it: The athleisure trend hasn’t shown signs of going anywhere. Also, you can say, “Leggings aren’t pants” all you like, but … they’re fucking pants. Even United knows its passengers aren’t going to stop wearing leggings …

To our customers…your leggings are welcome! Learn more about our company’s pass travel privilege: https://t.co/5e3euG1H9G.

… and why should they? It’s not like the airlines are doing anything at all to make passengers feel comfortable these days. Give us some leg room, decent food, and consistently polite service, and maybe we’ll all feel like wearing suits again.

I personally don’t wear leggings anymore. I wore leggings daily for at least four years in the 1980s and I’m apparently still legginged-out. 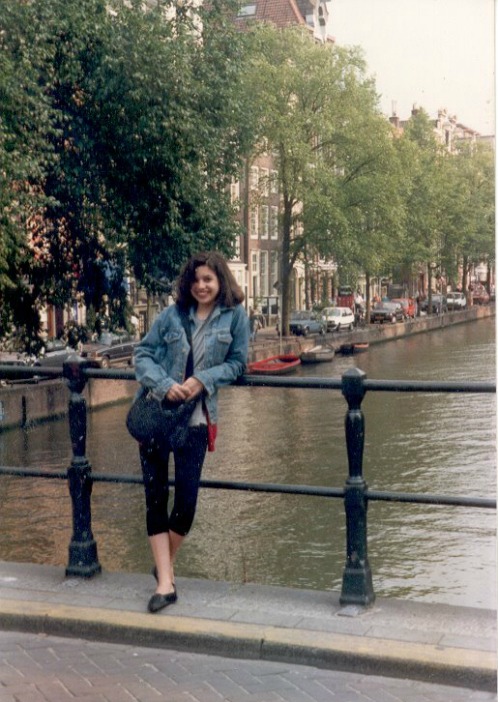 Also, practically all jeans have stretch now, so I stick to denim. That said, here’s the plan that I always kept in mind, but never had to use, in my long-shirt-with-legging years: Do like the late, great fashion icon Nan Kempner did when denied entry to the restaurant La Côte Basque in 1968 because she was wearing a Yves Saint Laurent pantsuit and pants on women were forbidden. She took off the pants, declared her tunic to be a very short dress, and dined in style.

By the way, women wearing pants could really cause a stir in the late 1960s. In 1969, Rep. Cynthia Reid blew male colleagues’ minds by being the first woman to wear a pantsuit in Congress. Future president Gerald Ford thought it was great, and somehow, we all survived. I’m going to bet that we’ll live through leggings too.

UPDATED TO ADD: There’s a good take on the whole kerfuffle here, saying that it all would have been fine — because pass travelers are aware of the (very woman-focused) dress code — except whoever was on Twitter blew it from a public-relations perspective.

You might also like
Makeup Attacks ... and Is Attacked
Recommended Reading: Newspaper Series
Nancy Pelosi, the Blue Wave, and Indivisible
Previous Post: « The Weeks in Review
Next Post: Margaret Anne, Harry Connick, and Xenobia »