Some people loathe Valentine’s Day. “It was invented by Hallmark to sell cards!” they complain. That’s not true, though. The holiday can be traced back to the kinky ancient Roman holiday of Lupercalia, which was then adapted by early Christians, who liked to de-kink pagan holidays by co-opting them and giving them a new backstory (see also: Easter and Christmas).  By the Middle Ages, people were exchanging homemade cards. Much later, in the Americas, a woman named Esther Howland began selling the first mass-produced Valentine’s Day cards in the 1840s. That was decades before the company that eventually turned into Hallmark was founded.

So don’t hate Valentine’s Day because of Hallmark. Hate it because Cupid has been a bitch to you! And show everyone what you think of that annoying (pagan) love god by treating yourself and your friends to my most popular Anti-Valentine’s Day design: the middle finger emoji. It’s available as a single stud earring in silver … 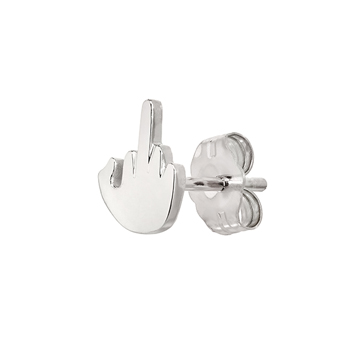 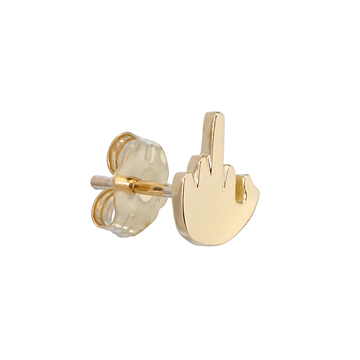 While your office colleagues are getting horrendous floral deliveries on February 14, you’ll be laughing to yourself over your middle finger necklace (tuck it under a turtleneck if you’re in a conservative environment). 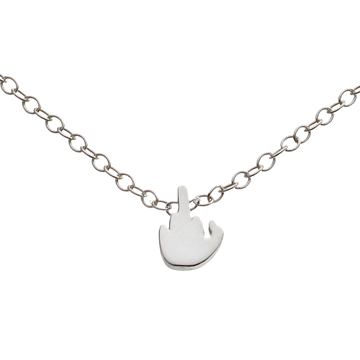 Tap your fingers to “Cupid’s Chokehold” by Gym Class Heroes … 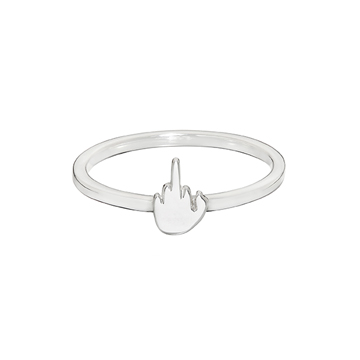 If you want to treat yourself to a really special flip-off, order my one pair of rose-gold-plated sterling silver middle finger earrings. They’re not on my site, so email me at email me at info at wendybrandes dot com to order one for $50 or both for $100. First come, first served.

By the way, the original holiday of Lupercalia called for young men to run around nude, while young women lined up to be smacked with thongs made from the hides of freshly slain goats and dogs. That makes Hallmark and wilting roses look a little better, right?