The music industry is usually much more interesting than Hollywood in terms of fashion, but as I watched the Grammy Awards red carpet tonight, I started to fear that no one would come through for me.

Luckily, Lady Gaga showed up in full “Life on Mars” costume for the David Bowie tribute she performed later in the evening. Gaga has been so conservative lately (yes, this is conservative) that I really wasn’t expecting this. She gets my extremely prestigious Best Dressed/Wear What You Want combo award for the 2016 Grammy Awards.

This is the Gaga that I fell in love with! (Then she hurt me by switching to a Liberace-looking jumpsuit and leaping around during the tribute. It was more Broadway show tunes than David Bowie.)

I’ve been thinking about music-related fashion for a few days, not related to the Grammys. I’m making a “Never Is the Next New Thing™” prediction about the pointy-toed Marc Jacobs sneakers that Rihanna wore with a sheer gown to perform at a Lionel Richie tribute concert on Saturday.

The best way to predict the next big fashion trend is to remember my catchphrase: “Never is the next new thing™.” The styles that are most hated at first — the ones that make people say, “Never!” — are the ones that are hottest once our eyes adjust. Since I figured this out, whenever I think, “I would never wear that,” my next thought is, “I can guarantee I’ll be wearing that.”

Rihanna’s sneakers are getting the right reaction to be influential. Maybe it will be a pointy-toed sneaker look that people will want, maybe just pointy-toed shoes in general. All I know is that the public switches from “loathe” to “love” all the time. We all laughed at Angelina Jolie’s try-hard, leg-exposing pose in her high-slit dress at the 2012 Oscars — but now even-more-extreme, hip-high slits are everywhere. Look at sex-ay Ciara in Alexandre Vauthier at the Grammys tonight.

… and even her shorter performance dress featured slits.

Gaga first hit it big wearing leg-baring leotards, but tonight her Bowie outfit featured a high slit. Here is Marie Claire‘s slideshow of other slits on the Grammy red carpet. It looks like slits are the new sheer, because the transparent dresses seemed limited to the non-A-list. Good, because like I’ve said before, Rihanna owns red-carpet nudity. I love that she’s just so casual, like “Here are my nipples and my nipple piercing,” in that sheer gown she wore with those pointy sneakers. She really should wear my ruby-nippled Mud Flap Jill necklace again, now that I think of it. 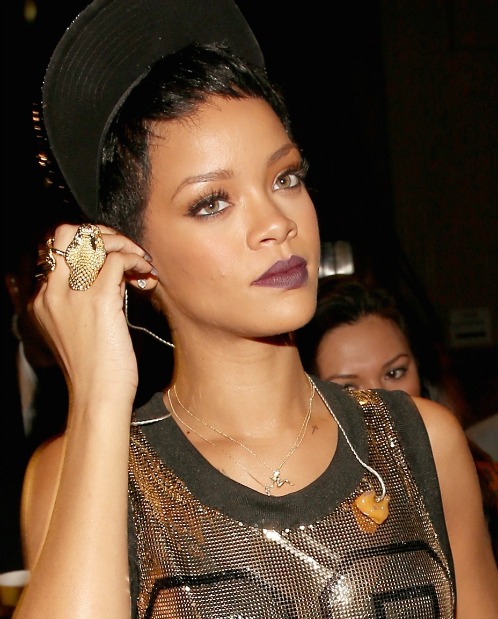 Or maybe she’s waiting for me to turn it into a nipple piercing for her! I can do that! 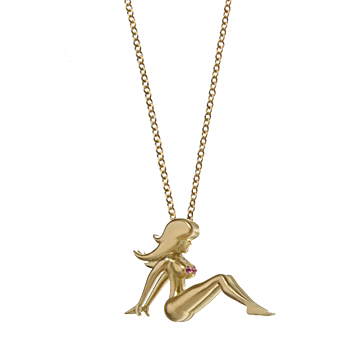 I was also thinking about fashion while reading the tributes to Earth, Wind & Fire founder Maurice White, who died on February 4 at age 74. My gorgeous blogger friend Liz of Vintage-a-Peel shared this photo.

I was delighted by Liz’s caption:

“Why oh why don’t men dress like peacocks anymore? Farewell Maurice White of Earth, Wind and Fire, always flying the flag for spangle, sparkle and spandex.”

Good question, Liz. (Another good question: How did I miss these Mr. Freedom overalls on Liz’s site? Damn!)

Speaking of old-school, outrageous fashion, I enjoyed seeing this set of photos. (Hat tip to my gorgeous friend, rapper Gangsta Boo, who shared this on Instagram.)

That’s an eyeful for the pearl-clutchers who think skimpy outfits are a brand-new thing/sign of the apocalypse.

An ’80s singer who rocked it in lingerie was Prince’s protégé Vanity.

I saw the news of her death tonight during the Grammys red carpet. She was only 57, and had been diagnosed with an illness of the small intestine. That came after years of dialysis resulting from kidney damage caused by a 1994 cocaine overdose. After that nearly fatal OD, she found religion and gave up show business and her stage name, reverting to Denise Matthews.

We’ll always have her 1982 hit, “Nasty Girl,” though! Seriously, I still love that song.

And let me just throw in a song from the 1970s punk band the Slits in honor of the big Grammy fashion trend last night.

The Slits lead singer, Ari Up, was Johnny Rotten’s stepdaughter. She died in 2010, aged 48. Sigh. RIP to Maurice White, Vanity, and Ari Up too.

You might also like
I Had to Call a Psychologist and It's Miley Cyrus's Fault!
More Ass Jewelry! Plus Anne Hathaway and a Sale.
Shoes and Blues: Sugar Pie DeSanto Prefers Mules
Previous Post: « A Description of My Jewelry Designs
Next Post: Living the Mullet Life »