I’m quite proud of my habit of keeping pop-culture ephemera, such as this program from Madonna’s 1987 AIDS benefit concert and a Duran Duran ticket stub from the same year. However, my high-school friend Jim Begala wins the prize for keeping everything. Jim previously confirmed the exact date of a 1984 INXS concert for me, and provided a current-day photo of the turquoise motorcycle jacket that made such an impression on me back in the day. 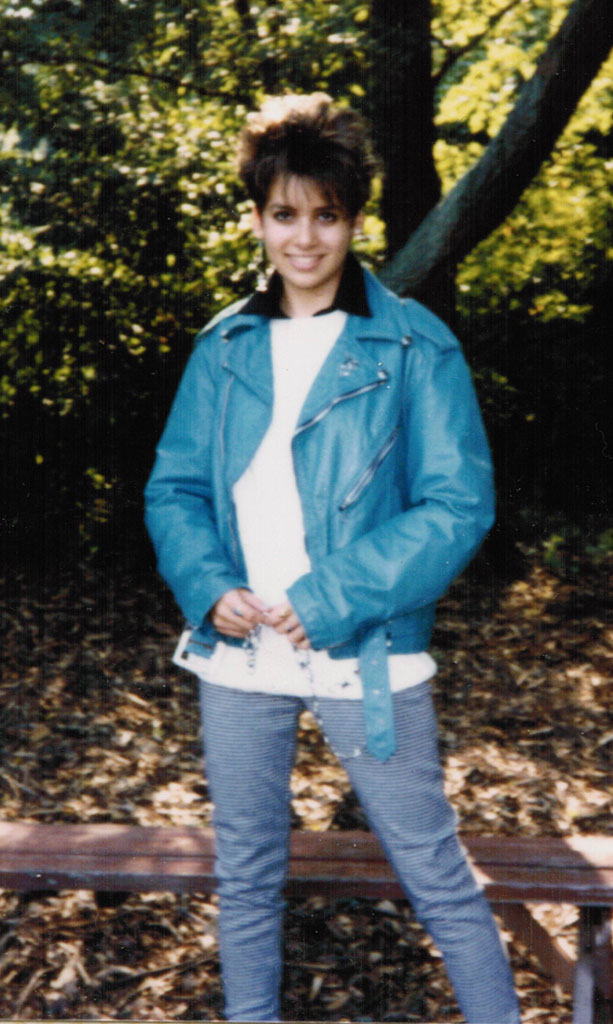 Now Jim has given me permission to share a photo of another stellar ticket stub. This one is for David Bowie’s Serious Moonlight tour at Madison Square Garden. 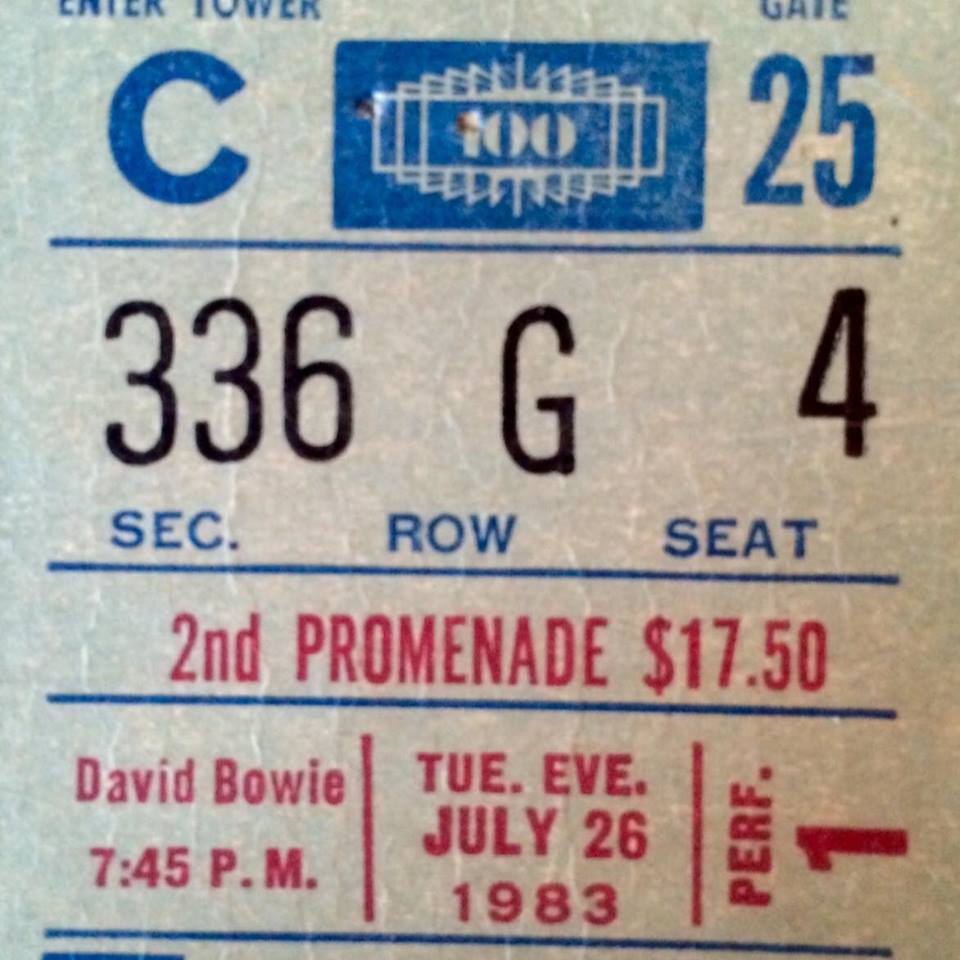 Jim wrote, “I remember trying to get tickets through a broker who said I had ‘a better chance seeing God.’ I went to the show [with two friends] and scalped this seat for face value, great times.” I’m hypnotized by the face value on this ticket: $17.50! Admittedly, section 336 was pretty far up there (the section no longer exists on various event maps that I’ve looked at due to a 2011-2013 renovation) but, for comparison’s sake, you can get a ticket for Sunday’s Bruce Springsteen concert in an upper section behind the stage for $193 on StubHub.

“Mr. Bowie’s ‘Serious Moonlight’ show consists of songs from many of his albums, but it is more properly a performance piece, a single, coherent, resourceful and at times virtuosically imaginative mixed-media work. It deserves that designation as much as an extended piece by Robert Ashley or Laurie Anderson, and it is by turns subtler, more ferocious, more moving and more dazzling – intellectually and sensually – than anything the art world’s most celebrated performance artists have come up with. “

There sure have been a lot of cool artists who have died, mostly far too young, in recent weeks. Before Bowie, Lemmy Kilmister of Motörhead died of prostate cancer at age 70 on December 28, earning this fabulous obituary from the Economist. Singer/songwriter Natalie Cole, the only woman in the bunch, died on New Year’s Eve, aged 65, of heart failure associated with lung disease. This Sunday, Mott the Hoople drummer Dale Griffin died at 67, having been diagnosed with Alzheimer’s disease in 2009. (Mott the Hoople is best known for the song, “All the Young Dudes,” written and produced with David Bowie.) On the same day as Griffin, songwriter/producer Clarence Reid — whose funny, foul-mouthed performance persona was named Blowfly — died of liver cancer at 76. (His NPR obituary is a must-read. A lot of younger performers owe a debt to Blowfly!)  Glenn Frey of the Eagles died yesterday at 67, of complications from rheumatoid arthritis, acute ulcerative colitis and pneumonia.

Outside of the music business, actor Alan Rickman died last Thursday, January 14, at 69 of cancer. I hadn’t realized he was already 41 when he got his Hollywood breakout role as terrorist Hans Gruber in Die Hard.  Of course, for many people, Rickman’s most important part was Severus Snape, the secret hero masquerading as a villain in the Harry Potter movies.

I must admit I’ve never been the biggest Harry Potter fan — neither the books nor the movies hold great appeal to me, though J.K. Rowling’s Twitter account kicks major ass. But I dutifully saw each movie just to see Alan Rickman in his flowing black cape and matching hairdo, forever giving Harry and his friends a hard time in THAT VOICE. As the BBC said, “[Rickman’s] sonorous, languid voice was his calling card – making even throwaway lines of dialogue sound thought-out and authoritative.” Family Guy nailed it when the show did a bit about Rickman calling his own answering machine to leave himself a message. Alec Sulkin of Family Guy paid tribute to Rickman’s passing by sharing that clip.

All of this death in the entertainment industry is making me very nervous, so I concur with comedian Rachel Dratch‘s tweet from yesterday.

Paul McCartney, Mick Jagger…Gonna need you to SHELTER IN PLACE

Seriously, people, we need to keep my almost-husband safe!

You might also like
Jewel of the Month: Jonah and the Whale "Maneater" Ring
Proud as a Peacock
Norris Church Mailer and the Importance of Newspapers
Previous Post: « What Wendy Wore: Red Velvet at the GEM Awards
Next Post: Throwback Thursday: Sharing Earrings With Madonna Again »