Thanks to the always highlarious Michael K of Dlisted for pointing out that The Golden Girls first aired on Sept. 14, 1985. As he says, it’s a national shame that this isn’t an official holiday that involves eating cheesecake and sitting on a lanai.

A few years ago, a gold sequined dress inspired me to write a number of “Golden Girls Gang” blog posts, including this great fashion moment on New Year’s Eve 2012. 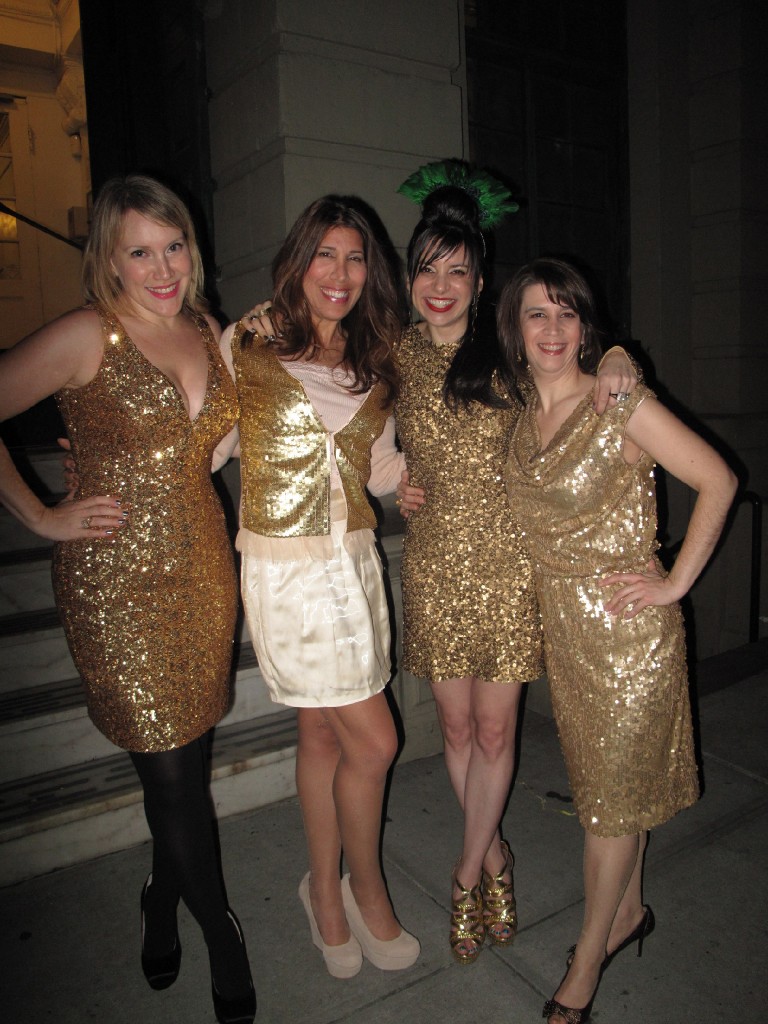 One of my favorite real Golden Girls moments was from the anti-domestic-violence episode, “The Bloom Is Off the Rose.” Dorothy is surprised to see Blanche doing laundry for what turns out to be a very bad boyfriend, and Blanche replies:

“Dorothy, I’ve done the laundry thousands of times. Oh, by the way, we’re out of BLEE-ACHKK.”

The Golden Girls had a lot of episodes related to social issues: ageism, AIDS, gays, lesbians, cross-dressing, artificial insemination, interracial relationships, nuclear war fears, sexual assault, infidelity, anti-Semitism, addiction, homelessness, Alzheimer’s disease, Sonny Bono …. the list goes on and on. Is there any sitcom like this now? If so, I want to watch it!

UPDATED TO ADD: What timing! In yesterday’s New York Times, there’s an article by television writer/producer and Lean In co-author Nell Scovell called “No ‘Golden Age’ for Women on TV,” which points out that, in 1990, three of the five shows nominated for the Outstanding Comedy Series Emmy were created by women. One of them was Susan Harris’s The Golden Girls. (Diane English’s Murphy Brown won.) Scovell writes:

“Like leggings, comedies created by women came into vogue in the late 1980s, exploded in the early ’90s, went mainstream in the mid-90s and were shoved into the back of the closet around 1997. It took another decade before the next show solely created by a woman — Tina Fey’s ’30 Rock’ — made it back into the elite Emmy inner circle. Perhaps not coincidentally, leggings made a comeback around the same time.”

She goes on to say:

“Yes, Ms. Fey’s monumental career has matched her monumental talents. But one individual’s success does not translate to an entire class. (See Obama, Barack; re: racism).”

“There have always been women who were successful against the odds. Now we need to change the odds so more women can be successful.”