I’m not going back very far for Throwback Thursday: just to this July 4. I had expected my Independence Day celebrations to be limited to a July 3 outing with friends, when I wore this patriotic outfit, which I’ll post again for the hell of it.

But my designing friend Stacy Lomman decided that we needed to go to street level to see the Macy’s fireworks live. Believe it or not, I’ve never done that in all the decades I’ve lived in New York! I’ve watched several times from rooftops, but I’ve never joined the big crowds. So that’s what we did, and it was great! In a festive spirit, I put on the previous day’s sailor pants. I was going to wear the same top too, but then I remembered how I’d worn the pants with a red t-shirt in 2014, so I decided to go with that. 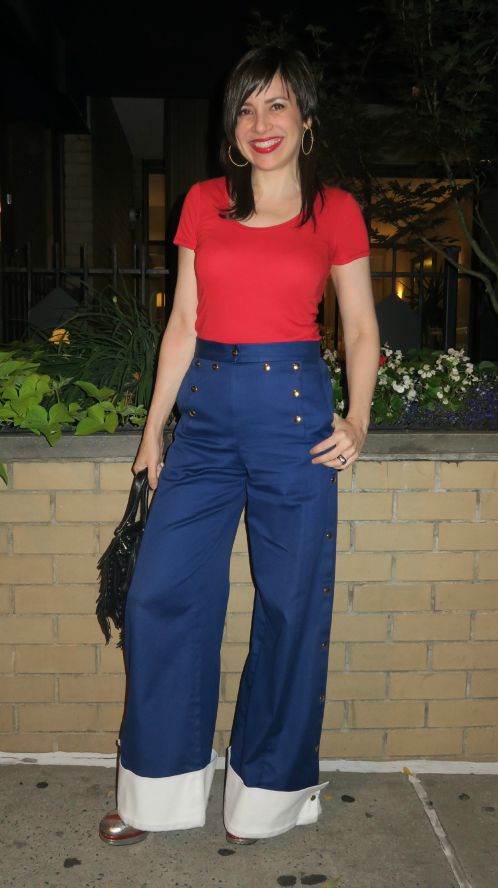 Here’s a closer look at those de Havilland flag shoes, in case you haven’t seen those before. 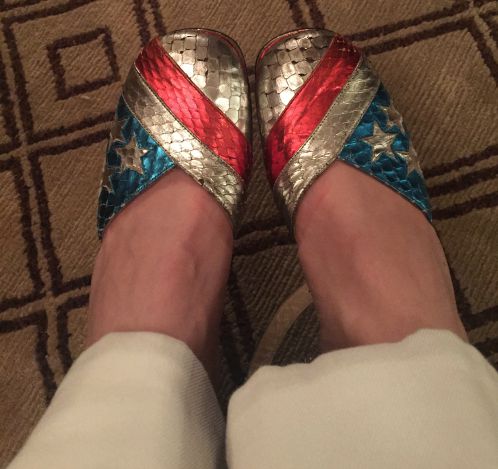 I love these! Terry gave them to me as a gift.

We originally headed to the FDR Drive at 42nd Street for the fireworks, but it was too crowded there, so we walked up to 49th Street, which was perfect. There were tons of people there, but it wasn’t the out-of-control scene I’d always feared. 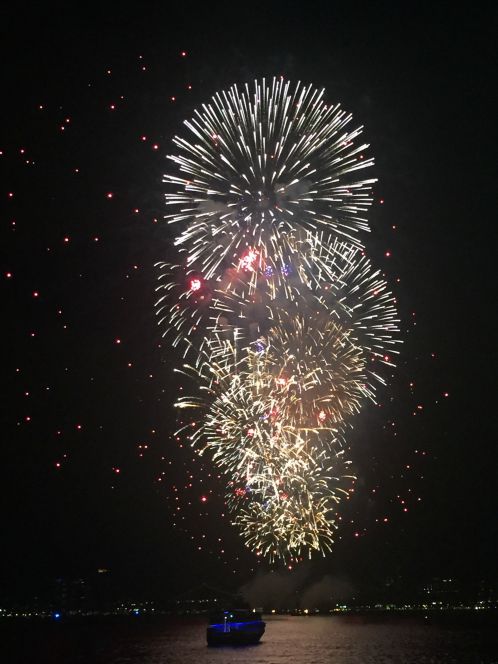 I love it when fireworks are given an interesting shape. Why isn’t that done more often? There were some smiley-face explosions, which I didn’t get on camera, but in this photo, you can see star shapes. 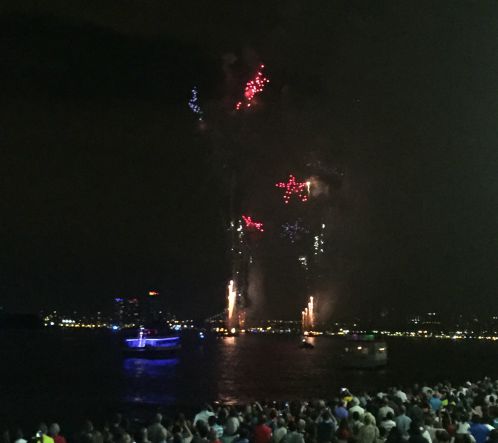 For several years in a row, I was lucky enough to be in Paris for Bastille Day, where I watched fireworks around the Eiffel Tower.  Ever since then, I’m bummed out when I’m not in France for the July 14 holiday, and I knew I was going to be home in New York this Tuesday, so the local fireworks kinda made up for that in advance. Thanks for suggesting it, Stacy!

You might also like
Get Out Your 2010 Calendar
Wanderlust 2014: Scenic Santa Monica, California
What Wendy Wore: Shawn Love's Play, BarbaraB's Birthday
« What Wendy Wore: Amanda’s Wedding
Thanks for the Love: The Retail Jeweler Magazine and JCK »