Nimoy was much more than Spock, of course. He was a Renaissance man who wrote books; directed television shows and movies; spoofed himself on the Simpsons; painted; and pursued photography. But he embraced his identification with his most famous character, and regularly ended his tweets with “LLAP,” the abbreviation for “Live Long and Prosper,” the Vulcan blessing that accompanied Spock’s iconic salute. 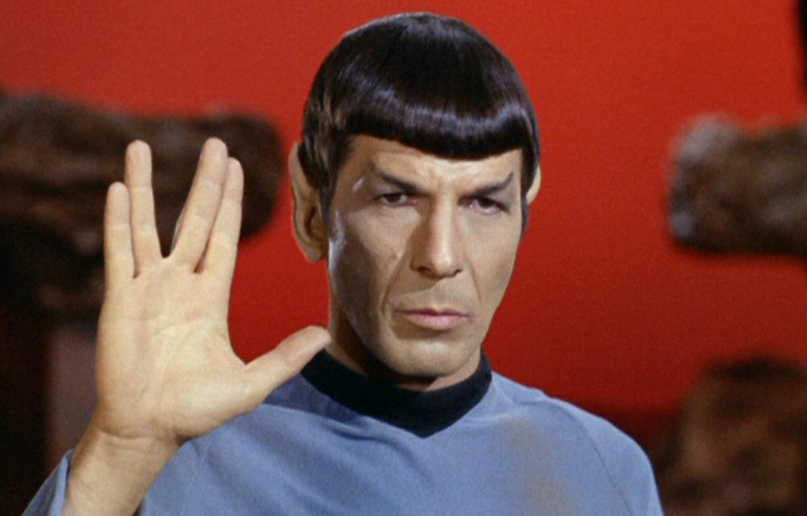 When I introduced my hand-gesture emoji earring designs in April 2013, I didn’t stick to official emojis like the peace sign and the okay sign. From the start, I wanted to do emojis that should have existed but didn’t. The first “we need it but we don’t have it” emoji I did was the middle finger.  That was a no-brainer. The next month, I did three more “missing” emojis: the American Sign Language “I love you”; the shaka “hang loose” sign; and the Vulcan “Live Long and Prosper” salute. 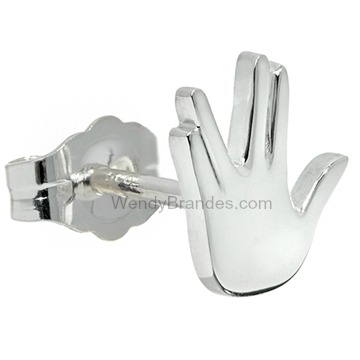 That was as obvious to me as the middle finger, though very much its opposite in meaning. In fact, Esquire calls the Vulcan salute “the most optimistic gesture of the 20th century.” Esquire has all kinds of good content on Nimoy. So far my favorite is his “What I’ve Learned” interview from May 2013. I’ve already forwarded that to several people for the uplifting advice in the first item, stemming from a conversation Nimoy had with then-Senator John F. Kennedy when Nimoy was driving a cab and struggling to make it as an actor.

“Just keep in mind,” the future president said, “there’s always room for one more good one.”

Speaking of presidential types, Barack Obama has released a statement praising Nimoy in which he notes, “I loved Spock.” You can read his whole statement here. However, my favorite tribute to Nimoy so far was tweeted by NASA. 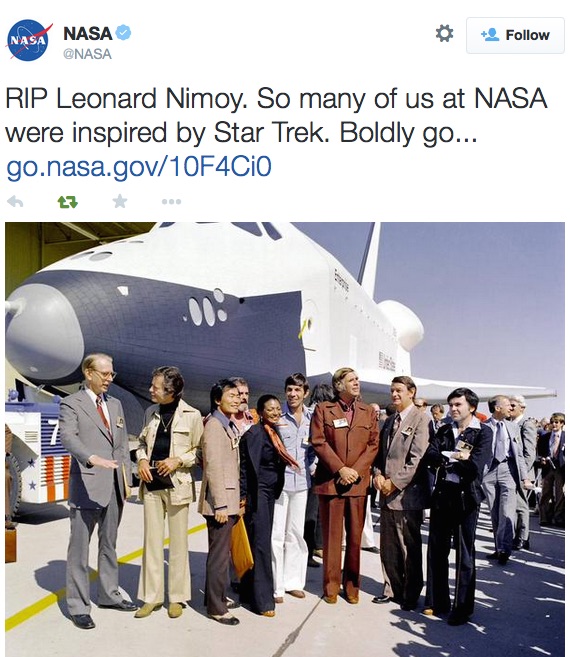 I got choked up at the thought of some little kids choosing their future career based on the same show that made me want to own a lot of fuzzy little animals. Star Trek and Leonard Nimoy: bold forces for good!

You might also like
The Mother of Dragons (and Other Jewelry Designs)
What Wendy Tried: Oscar de la Renta on Oscar Weekend
Wendy Brandes Jewelry in Inside Weddings
Previous Post: « Madonna Is Queen
Next Post: Recommended Reading From the Weekend Newspapers »