I was looking forward to the party until that morning, when I went to the vet with Henry the dog and wound up making an appointment to send poor Henry to doggie heaven later that week. I half-heartedly got dressed anyway and got in a cab with my designing friend Stacy, who opined that I was in no mood for a party, seeing that the dress code didn’t call for streaming tears. But then, as we drove past the address, planing to head back home, I saw a blacked-out window and a bare-chested man wearing a harness. It turned out the party was at the Eagle Bar, and there’s nothing like a gay leather bar to radically improve my mood. Getting to pose with a leather Santa and his jolly bondage dogs? Even better. 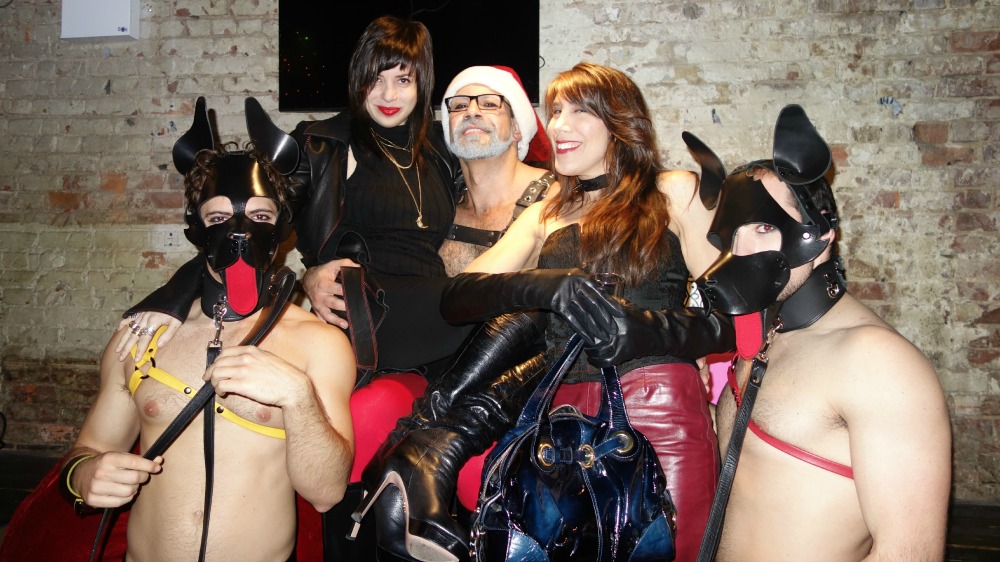 This is my kind of party! Click to enlarge.

I was completely distracted from my woes for two hours. And, as a bonus, I saw former Village Voice gossip columnist Michael Musto and was able to tell him that I idolized him so much when I was in high school that I once called him … and he was very nice to me on the phone. “It’s good to hear I was nice,” he said. 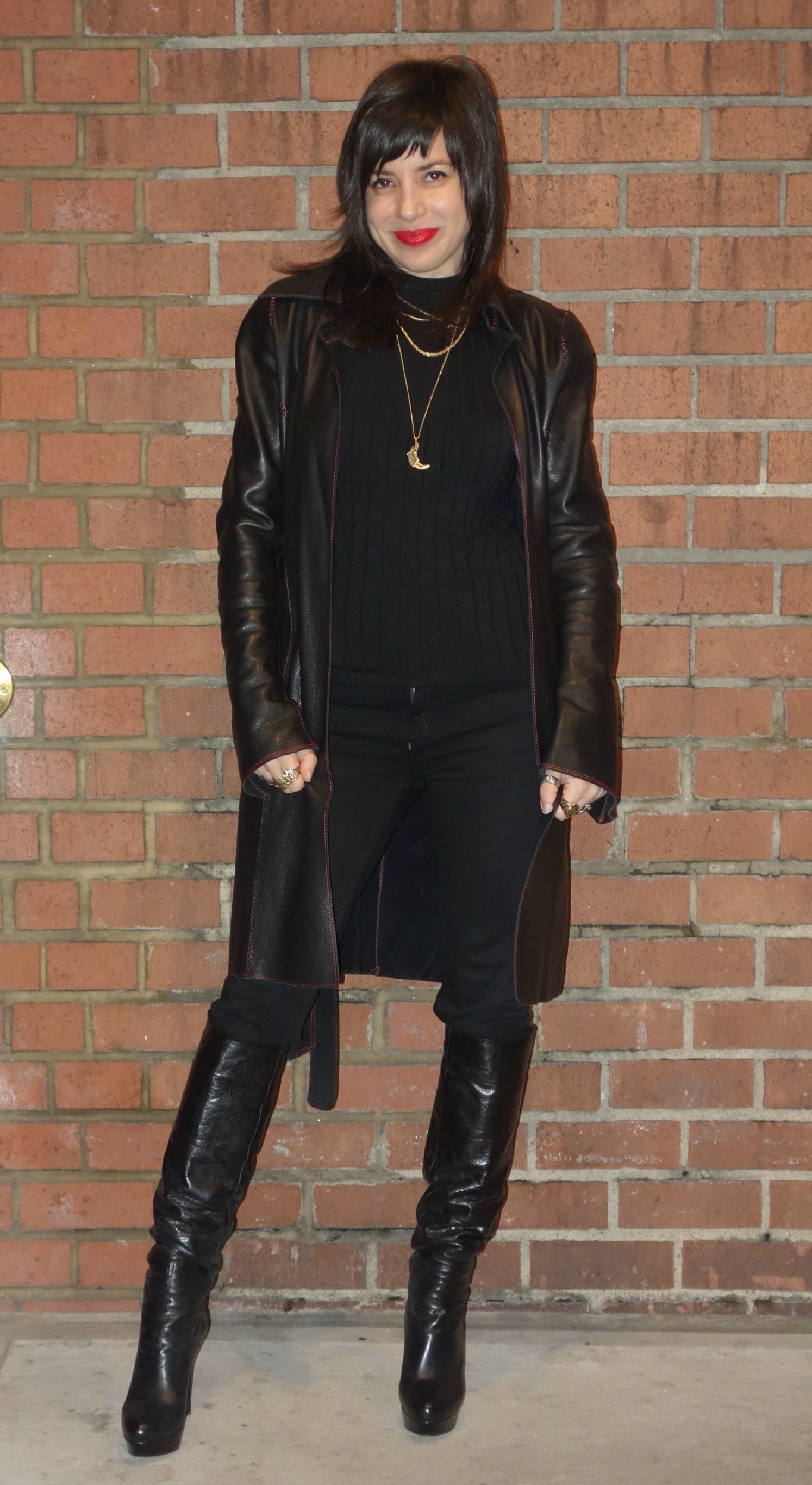 Thank you, LaForce + Stevens (especially James LaForce!) for the best party of the month!