In April, MrB helped CNBC celebrate its 25th anniversary. Last week, there was a dinner called the “Next 25” Gala at Jazz at Lincoln Center. 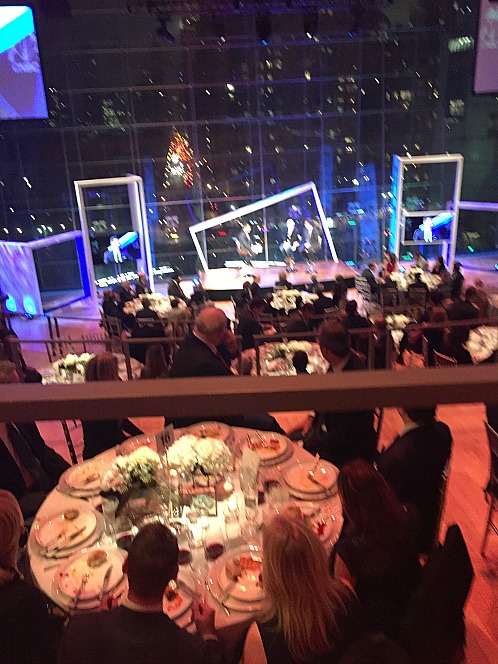 A pretty place for a dinner.

There were mini-panels with one featuring Mickey Drexler of J. Crew and Kevin Plank of Under Armour … 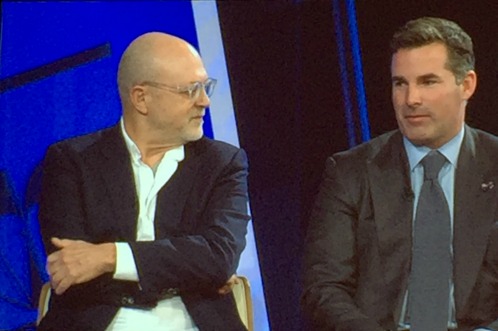 Mickey (left) and Kevin (right). Photo taken from the video screen, not from life!

… and one for Martha Stewart and Barry Diller. 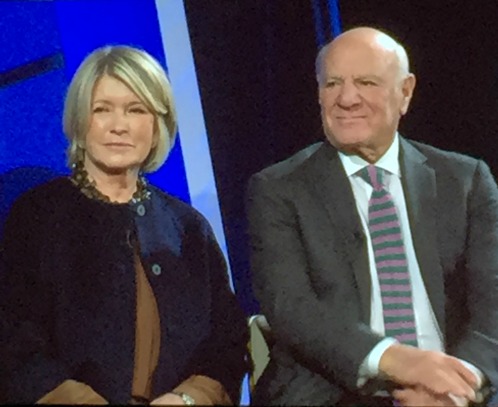 My photo of the video screen at the event.

As a jewelry designer, I was particularly interested in Mickey’s comments on the future of the department store.

Kevin had some thoughts on the big stores too.

I’ve seen Martha Stewart speaking at events before, often talking about her love of technology. Now she’s into drones (good for landscaping!), her iPad and Uber. She’s always great with the dismissive comment too. When asked about the likes of Gwyneth Paltrow getting into her business, she shrugged off the wannabes as …

Diller’s advice to business peeps was don’t be scared to mess up.

I wore a 10-year-old Versace dress that I last wore in 2011 … with the same earrings and shoes and pose that I struck then too. Ralph Waldo Emerson said, “A foolish consistency is the hobgoblin of little minds,” but if a look works, it’s not foolish, right? 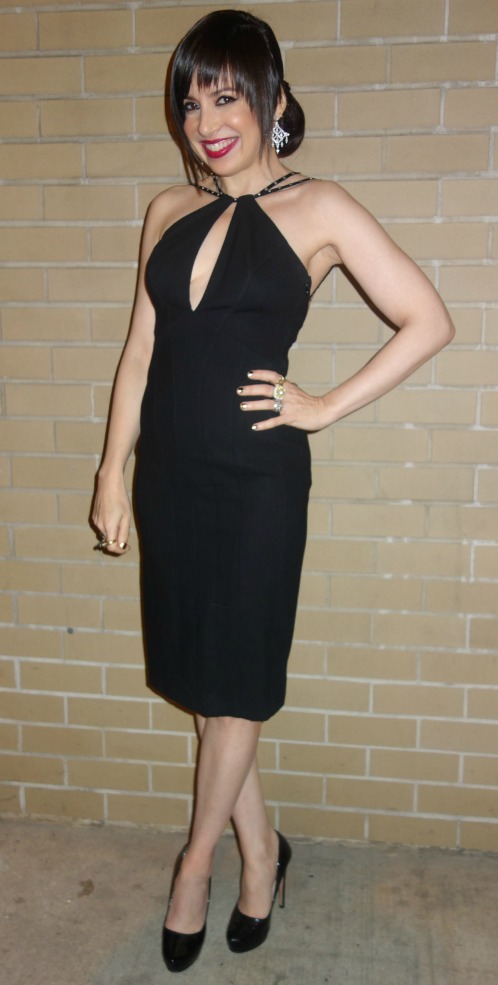 On me, the exciting part of this dress is the back.

On Halle Berry, the exciting part of this dress is the front!