October’s Jewel of the Month are the Halloween-appropriate hockey mask and chainsaw stud earrings, available in silver … 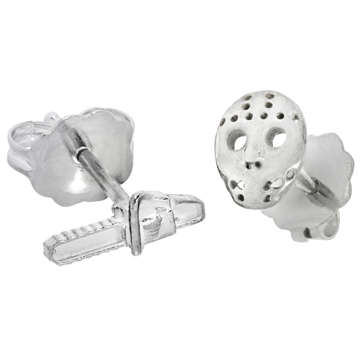 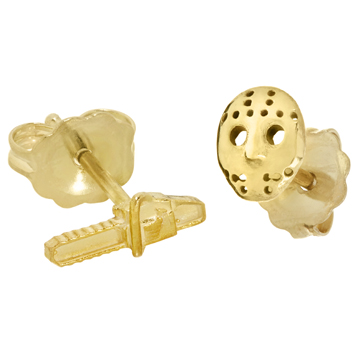 Gold-plated sterling silver. $100 for the pair. Click to purchase.

Because I’m all about the single-earring look, you can also buy just a chainsaw (or two) stud or just a mask. I’ve also got the mask available as a ring. 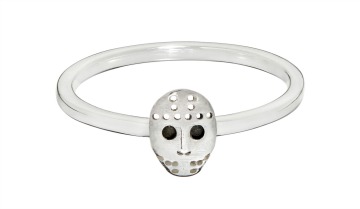 Although the chainsaw and hockey mask combo has become associated with horror-movie serial killers, the accessories really belong to two different slasher movies, as the TV Tropes website points out. Jason Voorhees — the villain of Friday the 13th — started wearing a hockey mask in the third installment of that franchise, but his weapon of choice is a machete, not a chainsaw. 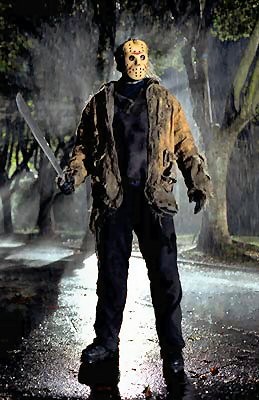 Who is that masked man with a machete? Why … it’s Jason Voorhees, of course! 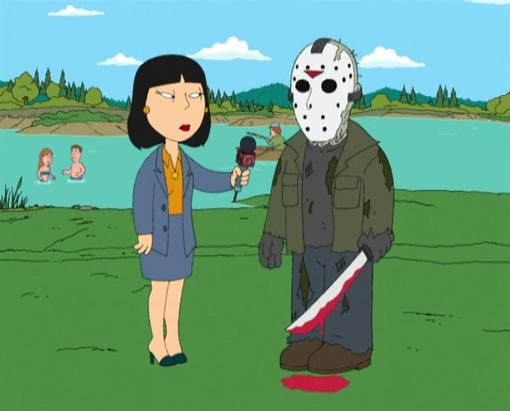 The chainsaw belongs to Leatherface of the Texas Chainsaw Massacre series. Leatherface wears masks of human skin. Maybe it was the fact that both characters are masked that caused pop culture to conflate the two boogeymen.  Or maybe it’s just scarier or funnier — depending on the context — to meld Jason and Leatherface. Matt Groening, the creator of The Simpsons, would probably answer “funnier”: In the 1993 “Cape Feare” episode, Homer terrorizes Bart with the mask and chainsaw combination. 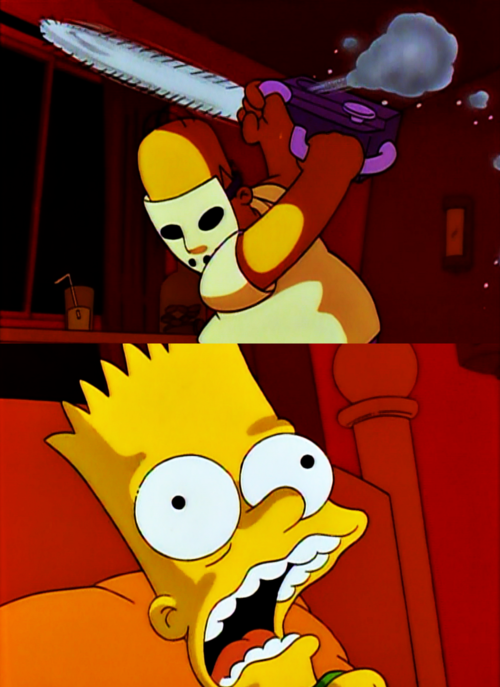 “Hey Bart, do you wanna see my new chainsaw and hockey mask?”

In 2000/2001, when Eminem was Public Enemy No. 1, he dressed the part for performances by wearing a hockey mask and carrying a chainsaw. He completed the look with denim overalls. That could be a reference to the one-piece but long-sleeved boilersuit worn by yet another slasher-movie villain, Michael Myers of the Halloween series. Chucky, the serial-killer doll, also wore overalls.

A hockey-mask emoji has been on my to-do list since last year.  I was probably inspired by this article, seeing as I bookmarked it. But I have a very long to-do list when it comes to jewelry designs, so I had the mask on the back burner until I saw Eminem at Wembley in July, wearing a t-shirt with a Union Jack hockey mask. 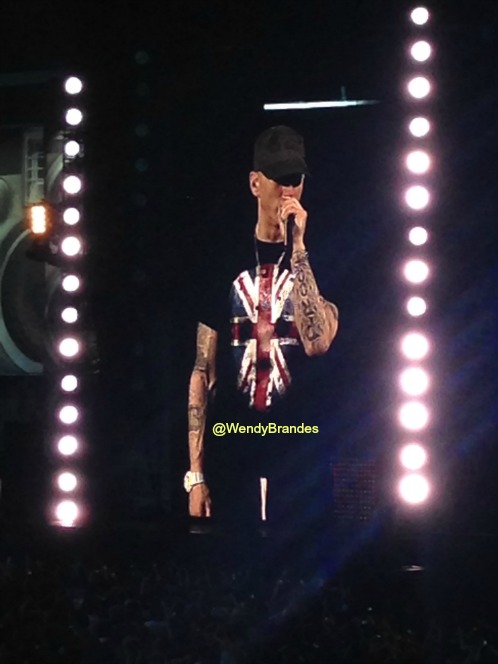 Em on the big screen at Wembley.

I was like, “Oh yeah! I need to do that for Halloween.” And, of course, a hockey mask deserves a chainsaw.  If you’re a stickler for Jason-related accuracy, sorry! I don’t have a machete earring. But if chainsaws aren’t your weapon of choice, allow me to recommend the ax … 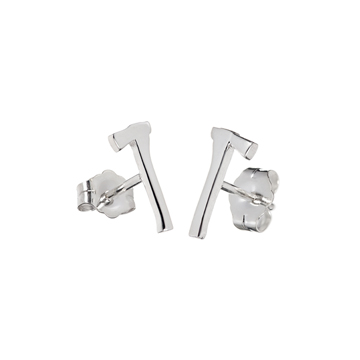 Available as a pair only. Sterling silver. $70. Click to purchase.

… or the very popular meat cleaver as alternatives. 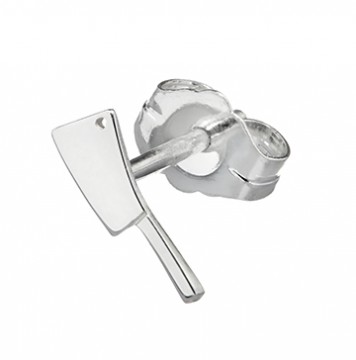 Plenty of scary movies feature ax murderers, while Meatcleaver Massacre came out in 1977. So I’ve got you covered!

By the way, have you seen the new Geico commercial that says, “If you’re in a horror movie you make poor decisions. It’s what you do.” The kids hide behind a collection of chainsaws while the masked slasher rolls his eyes.

How annoying! Where’s the thrill of the chase?!

You might also like
Minx Manicure and Valentine's Day Countdown, Day 3
Random Clip: Original Sex-Ay Car Wash
What to Watch for a Happy Galentine's Day
Previous Post: « Throwback Thursday: Gladiator Sandals in East Hampton
Next Post: The Week in Review »