Whoa! I haven’t done a “week in review” post in nearly a month! My big posts since then were the ones I did this week about my travels in Europe in July:

My three favorite Leos celebrated their birthdays this week:

And, as we all know, comedian Robin Williams died this week. I reiterated some of my previous observations about depression:

And here’s what else was on the blog since the last round-up post, from oldest to newest.

Also last month, I was taking pre-orders on Kickstarter to produce more of my sterling-silver Chicken on Nest necklaces. People were disappointed when I sold out of those last December, so, even though I had been planning to discontinue the design, I wanted to see if it was possible to do a few more for customers who had missed out. However, I didn’t get the minimum number of orders I needed, so that design is now retired. A few people asked me if I could have done it closer to the holidays, when gift money would be burning holes in their pockets, but I had to allow eight to 10 weeks for manufacturing, so it is what it is! I have many other great new designs coming up, including whole new collections that are in the works, so you’ll have plenty of fun shopping options in December.

For you big spenders, the limited-edition, 18K-gold Chicken in Egg locket is still available! 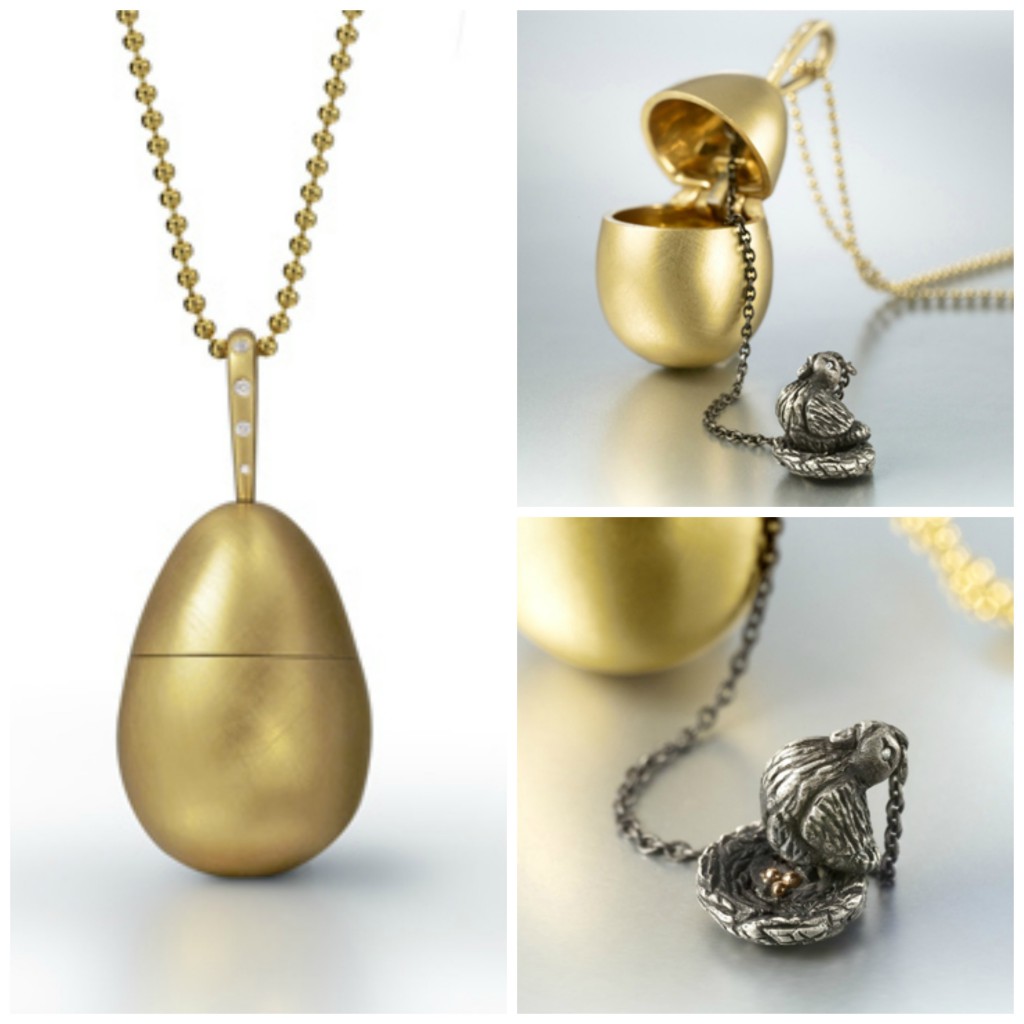