Whenever a celebrity cuts her hair into a pixie — or pretends to — lots of other women are tempted to do the same. Not me, though. I had ultra-short hair for years. I’m pixied out. I previously posted this photo of my supershort 1992 ‘do. 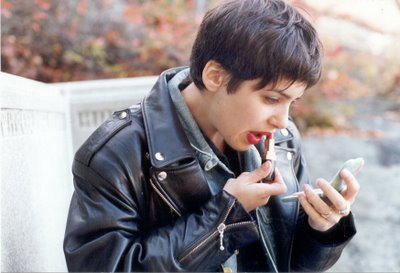 But I just rediscovered this photo from 1997. 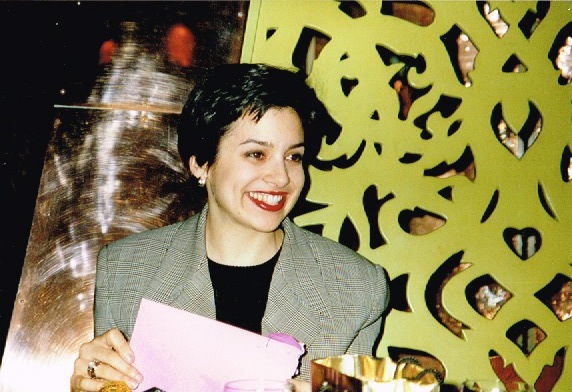 I was celebrating a significant birthday that night.

My hair wasn’t quite that short all the years in between the two photos. I grew it out to a bob several times, like in this photo from 1996 … 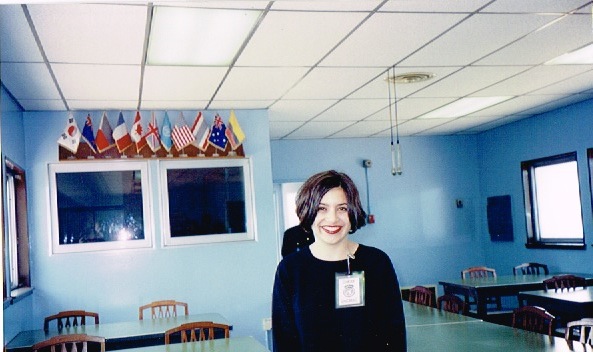 Photo taken at the border of North and South Korea.

… but it never touched my shoulders.  Those pixies were easy to style but the upkeep was tough — haircuts every four weeks! I don’t miss that at all.

The motorcycle jacket I’m wearing in the first photo in this post is the one I got in high school, and it’s still hanging in my closet. Here’s a photo of me wearing it in 2009. In the second photo, I’m wearing a Lolita Lempicka suit I got at a consignment store around 1993. I have that too. There’s a picture of me wearing the skirt in 2012. Homegrown vintage!

You might also like
Throwback Thursday: Who's Got the Button?
When Good Names Go Bad on Social Media
What Wendy Wore: The Blogversary Sweater
Previous Post: « What Wendy Wore: Gangsta Boo’s Sunglasses
Next Post: RIP, L’Wren Scott »