It rained all weekend in New York City. During the deluge on Saturday, we were inspired to see the movie Noah, starring Russell Crowe. I’m still recovering from that. I don’t know if I liked the movie or hated it. It was … an experience. I supposed my best description is Game of Thrones/original Star Wars trilogy/Lord of the Rings/Transformers meets the Bible.

In real life, where boulders don’t come to life and build large ships and dudes aren’t 600 years old, MrB has been keeping me up to date on how much rain we’ve had and how much more to expect. I wondered out loud why he was suddenly so interested in the weather. He didn’t have a particular reason, but he did have a story to tell me about an exchange he had, as a young journalist, with George P. Shultz, former U.S. Treasury Secretary.

“As a kid reporter, it was the first time I’d ever asked a question at the Treasury press conference. I asked [George Shultz] what percentage probability did he give that a policy they were proposing would work.

He glowered at me with a smirk and said, ‘You’re trying to turn me into a weatherman?’

Everyone guffawed and I turned pink.”

Looking back, MrB says, “It was a good learning experience.”

And now it’s something that you all can think of when it rains. 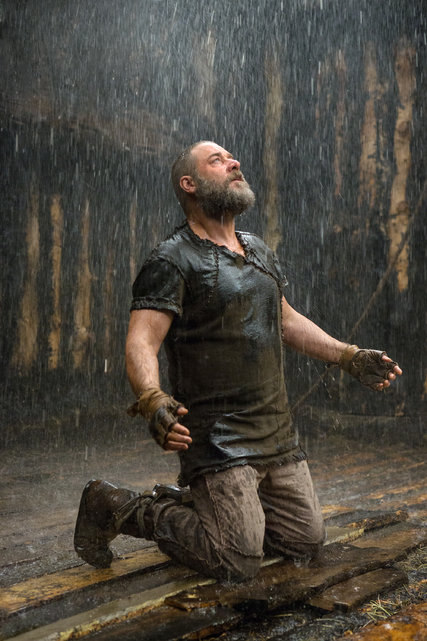