Fashion Group International’s Rising Star Awards lunch was held on Tuesday at Cipriani (the home of delicious Bellinis). I won the Rising Star Award for fine jewelry in 2012. This year, I nominated jewelry-designing sisters Yolanda and Amaia Torrubia of Torrubia & Torrubia for the same category, so I went to the lunch to show support.

Because Amaia lives in Spain — where she makes all the jewelry — she didn’t make it to the event this year, but I enjoyed sitting with Yolanda and admiring all of her designs. 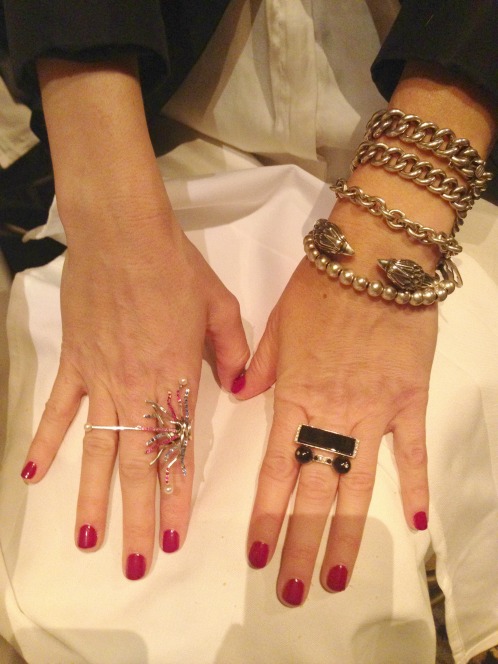 Margery Hirschey won the fine-jewelry category this year, but I’m prepared to nominate the Torrubias again next year. They started their line in 2009. The awards are intended for designers with no more than six years experience in the business, so the Torrubia ladies can enter again. Margaret Hayes, the president of FGI, opened the lunch (as she has before) by encouraging designers to apply multiple times. She pointed out that many people win on their third or fourth try. Other good advice came from the always witty Simon Doonan, the creative ambassador-at-large for Barneys and FGI’s keynote speaker. Among other things, he said, “Fashion is a crapshoot. Don’t borrow from your parents’ 401K!” He also recommends that you always keep a jar of pickles in your fridge.

It was bitterly cold on Tuesday, with the high temperature in the teens, and I think Yolanda was the only person I saw all day who looked chic WITH her coat and hat on. 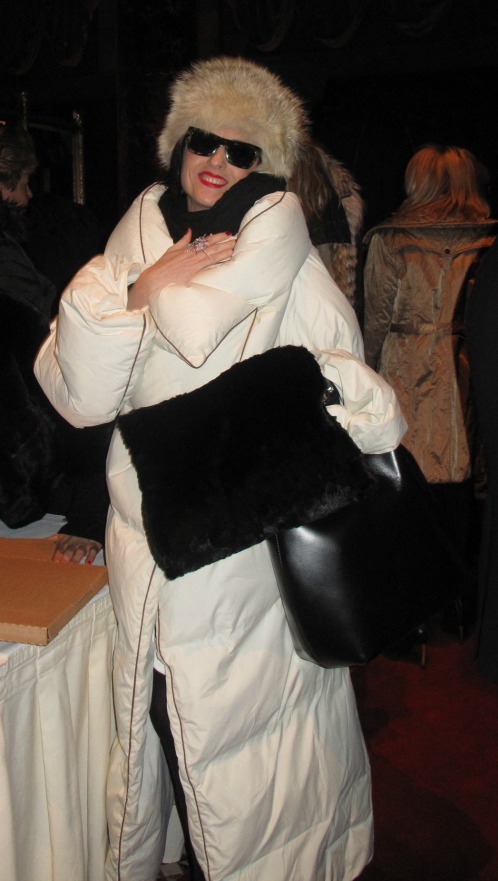 Yolanda’s coat is by Maison Martín Margiela; her hat by Kai Kuhne, formerly of the design team called As Four. Her muff was originally her grandmother’s. I would never have guessed that because it seemed to be in pristine condition.

I wore a tartan strapless dress and matching striped turtleneck from my designing friend Zang Toi’s Fall 2008 collection. I’ve worn the dress many times, both with the sweater and without. I’m loving the outfit photo that Yolanda took for me because it’s red on red on red. 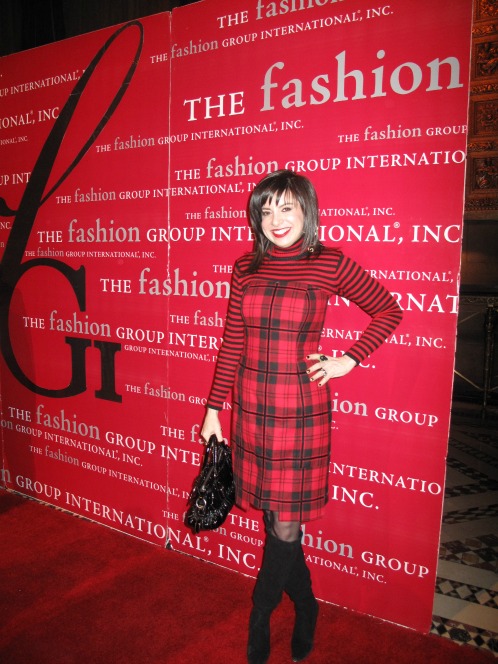 I wore my own jewelry designs as usual. In my left ear, I wore a single Cleopatra earring, which was my Jewel of the Month for January. Next to it, you see my gold middle finger emoji earring. Naughty! 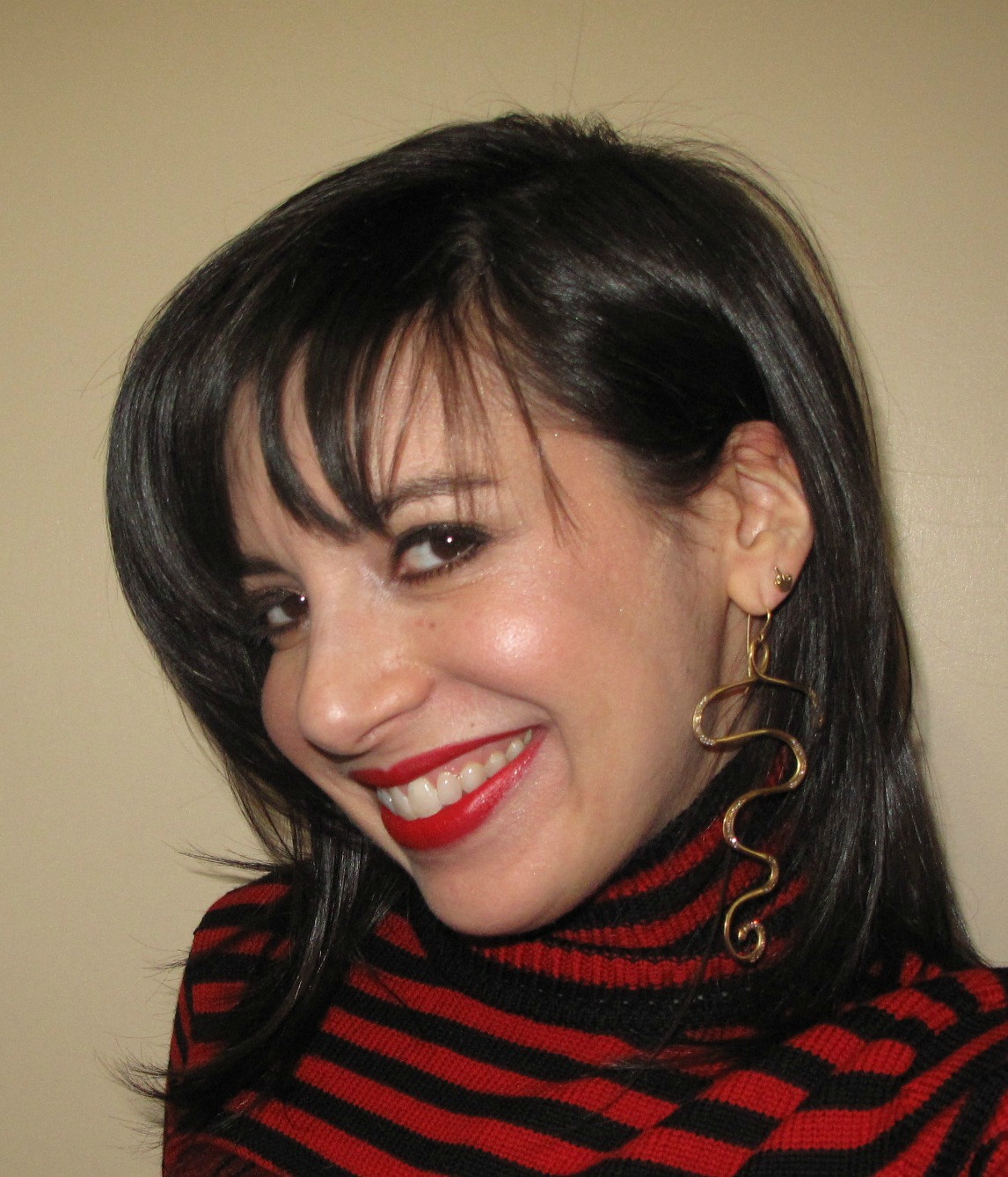 In the right ear, I wore my gun emoji earring. 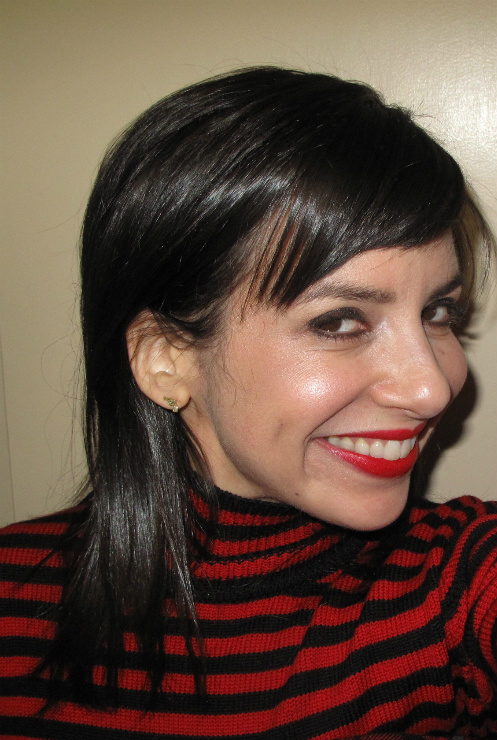 I also had plenty of rings on, but my photos include one that I’m not ready to reveal yet. I’ve promised someone else the exclusive on that!