In mid-January 2004, I went to the Los Angeles premiere of Along Came Polly. There was a little salon in the hotel so I made an appointment with a makeup artist who decided to give me a tan, L.A.-worthy look, even though I didn’t ask for one.  I wound up more orange than tan. This picture was taken after I managed to remove some of the bronzer from my face. I actually added blush to my neck and arms to try to make the difference between the color of my face and the rest of me less shocking. 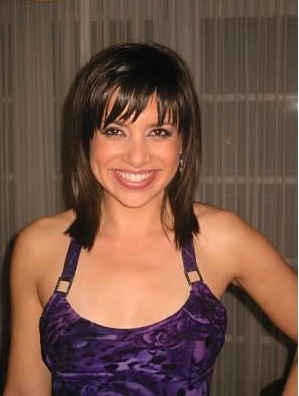 Since then, if I have my makeup done by someone I don’t know, I make sure to tell him/her that I wish to maintain my normal pallor.

I still have the purple Versace dress I wore that night. Here it is at a party in 2011. 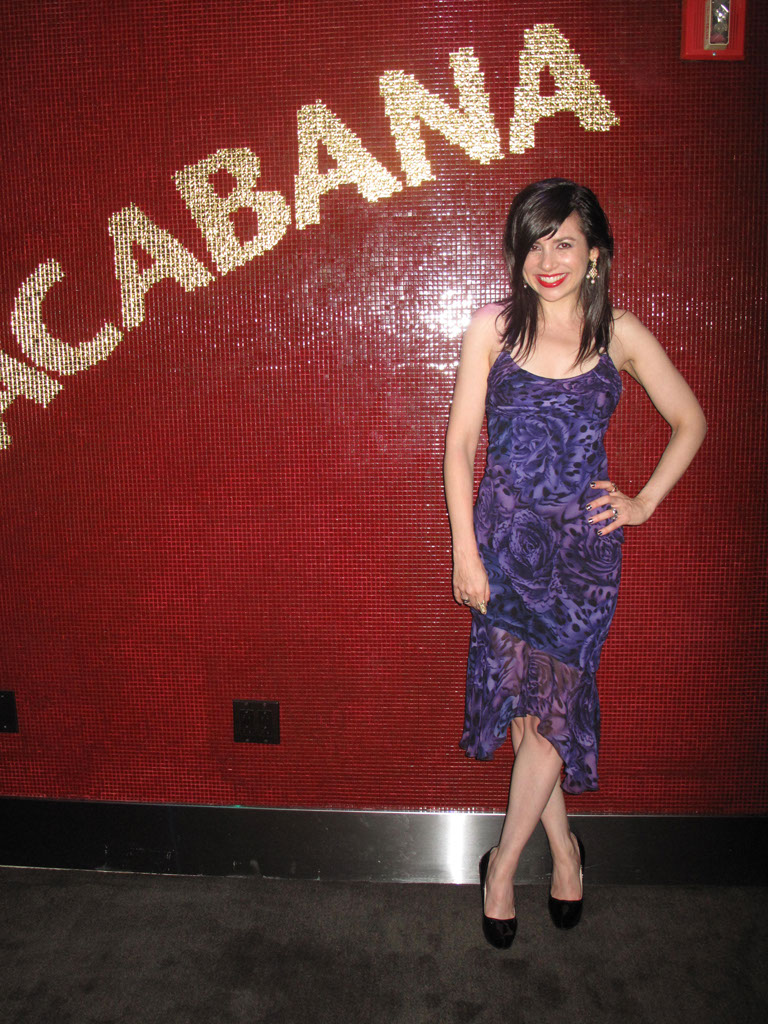 If this dress looks familiar, that might be because a month after I wore it, actress Kristen Johnston had it on when her jaded party-girl character Lexi declared, “God, I’m so bored I could die!” and fell out a window in the Sex and the City episode “Splat!”  Click the screen cap below to watch the scene. 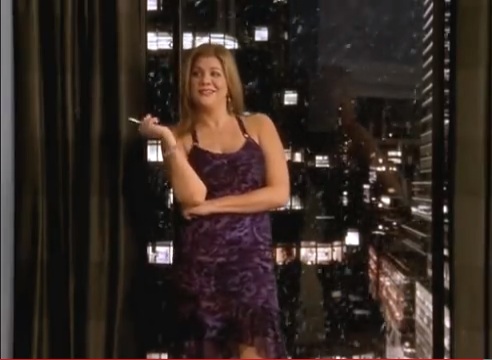 After rewatching that clip, I’m amazed I kept the dress. The character and scene are so fantastically awful!

New York Magazine has been doing an excellent series of mini oral histories focusing on entertainment. Last month, Nisha Gopalan did one on Lexi and “Splat!”  In it, Johnston recalls:

“I wasn’t looking great. I was bloated and not fit. I just had been doing theater and eating late burgers and drinking a lot. I thought everyone was going to make fun of me. And I had to do it in that Versace fucking dress!”

You might also like
Throwback Thursday: 10 Years of Thanksgiving Posts
2001 Hair Flashback
Throwback Thursday: One Dress in 2002, 2010 and Today
Previous Post: « Last Chance for Jewelry Sale
Next Post: Customer of the Day: Melissa and Her Squirrel Necklace »