In my July 30 post, I mentioned that I was hypnotized by an eerie trailer for Lifetime’s movie about Anna Nicole Smith. It was the slowed-down cover of the song “Fame” that did it to me.

Well, I kept playing and replaying the trailer while I searched online for the name of the singer: Amy Gerhartz. Once I had that, I checked for the “Fame” cover on iTunes, but it wasn’t there. I needed to know if it was going to be released, so I contacted Amy’s management and wound up with a story that went up on the Huffington Post yesterday. Go check it out — and spread it around by retweeting or Facebooking it, because I think Amy deserves the recognition. She’s been working in the music business for 10 years, which means it’s time for her to have her “overnight” success!

CLICK HERE TO READ MY HUFFPOST STORY ABOUT AMY GERHARTZ.

You can follow Amy on Twitter here. Her producer, John Roberts, who also spoke to me for the story, is here. Amy’s manager, Matthew Anderson, put me in touch with Amy. His Twitter is here. And shout-out to Vedia Ayvaz of Lifetime for answering all of my questions during a long holiday weekend.

By the way, Amy already shot a video for the “Fame” cover. It should be released shortly. 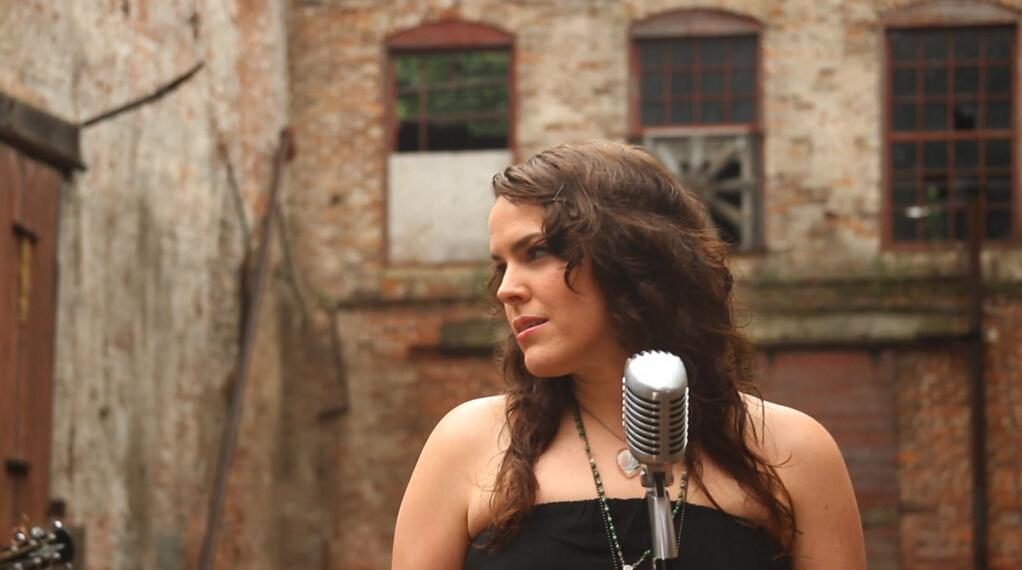 A still from the video courtesy Spots Films.

And while I was poking around on YouTube, I found this fun cover Amy did of Salt-n-Pepa’s “Whatta Man.” Enjoy!