I’ve been looking through some photos from the 1990s for another post I’m doing and marveling at how bad the fashion was. People criticize ’80s style, but I swear the ’90s have that decade beat in the fugly department. Oh my God! The t-shirts under spaghetti-strap dresses and clunky shoes!

I was surprised at how well I remembered my clothes, like the washed-silk blouse and pants by Kikit in this picture. This was a pretty good outfit compared to some of my others. I’m more disturbed by my pre-flat iron, pre-keratin treatment and pre-stylist Keith Carpenter hair. 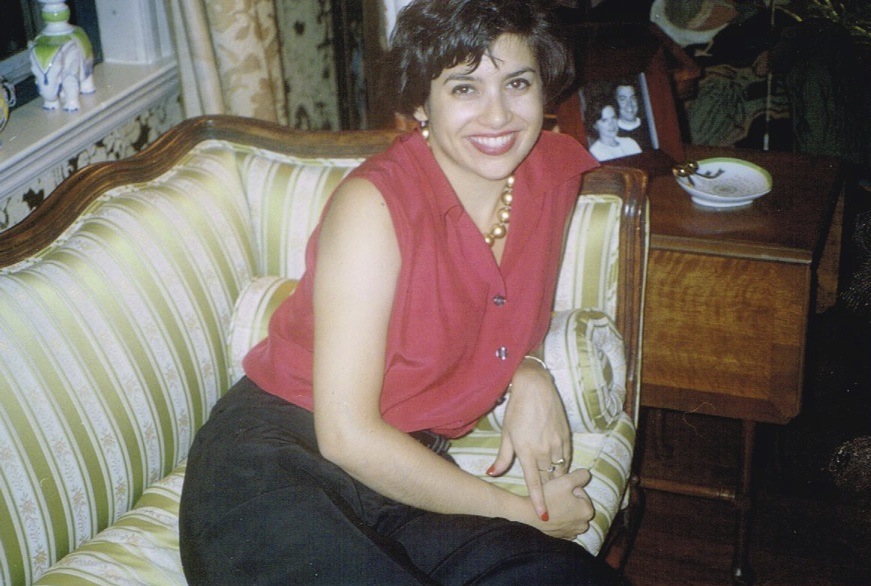 WTF is that hair doing?

I didn’t write the date on the photo. My first guess was 1991 and I think I was right on the money because when I Poodled “washed silk,” I found a 1991 New York Times article about it that said, “Designers are enamored of the silk’s chamois feel and muted hues, which are created by washing the fabric with sand or stones.” I was enamored too. I was convinced it was the most touchable stuff in the world. I still like that texture.

I don’t recognize the earrings, but that necklace was definitely from the Ann Taylor store near my office. The necklace made me feel very “Jackie O” but better, because big gold beads were way cooler than pearls in my mind. I don’t have a full-length picture of this outfit but I do have one taken the day before, during the same out-of-town weekend. In that one, I’m wearing my black suede platform clogs with the little gold doodad on them. The doodad was supposed to look like Gucci’s horsebit. I felt so fancy in those shoes. I wore them till the heels literally fell off. I’m sure I was wearing those shoes with the Kikit outfit because I was clearly dressed to the teeth in all my best things. I would have needed those shoes for that final touch of elegance.

I’ll see if I can dig up some other ’90s photos of me solo. I don’t want to post any photos of  me with other people without their permission. Sudden exposure to one’s ’90s style can be traumatic!

UPDATED TO ADD: Even cats agree with me about ’90s fashion! 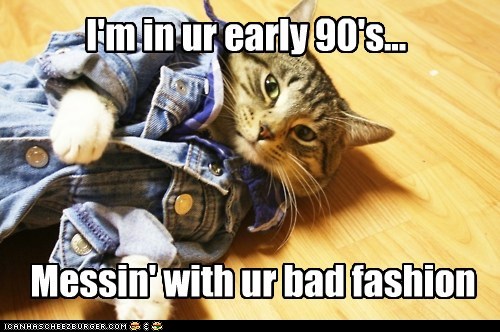 You might also like
Throwback Thursday: What Wendy Wore in Europe in 1989
What Wendy Wore: Versace From 2004
Sans Fards Selfie
« Beyonce Wins the 2012 Met Gala
Fashion Bloggers in Neon and Pastel on Huffington Post »