Last night, MrB and I went to a screening of the HBO movie Game Change, which premieres on HBO on Saturday. The movie is based on the book of the same name, written by journalists John Heilemann and Mark Halperin about the 2008 presidential campaign. The book covers Barack Obama, Hillary Clinton, John Edwards, the Republican primaries and John McCain. The movie focuses more narrowly on McCain and especially his choice of Sarah Palin, then the little-known governor of Alaska, as his vice presidential running mate.

A friend of mine who had read the book before seeing the movie thought the latter was kinder to Sarah Palin. Julianne Moore certainly delivered an empathetic portrayal of a charismatic woman who is uneducated and apparently uneducable. I felt for Moore-as-Palin when the unrealistic expectations placed on the ill-vetted candidate cause her to slip into a near-catatonic stupor. An Emmy for Julianne Moore would get my vote.

I decided to break out an unworn pair of boots for the preview.  I figured it’s now or never for boots. Seeing as the temperature in New York City is in the high 60s in March, April’s will probably be in the 90s. That’s not good boot-wearing weather. I got the boots at Prada in January thanks to a combination of the post-holiday sale and a birthday gift from my gorgeous mother, BarbaraB. It’s been my policy since 2008 to get something out of the norm whenever a sale and a gift arrive at the same time, which is how I ended up with these. 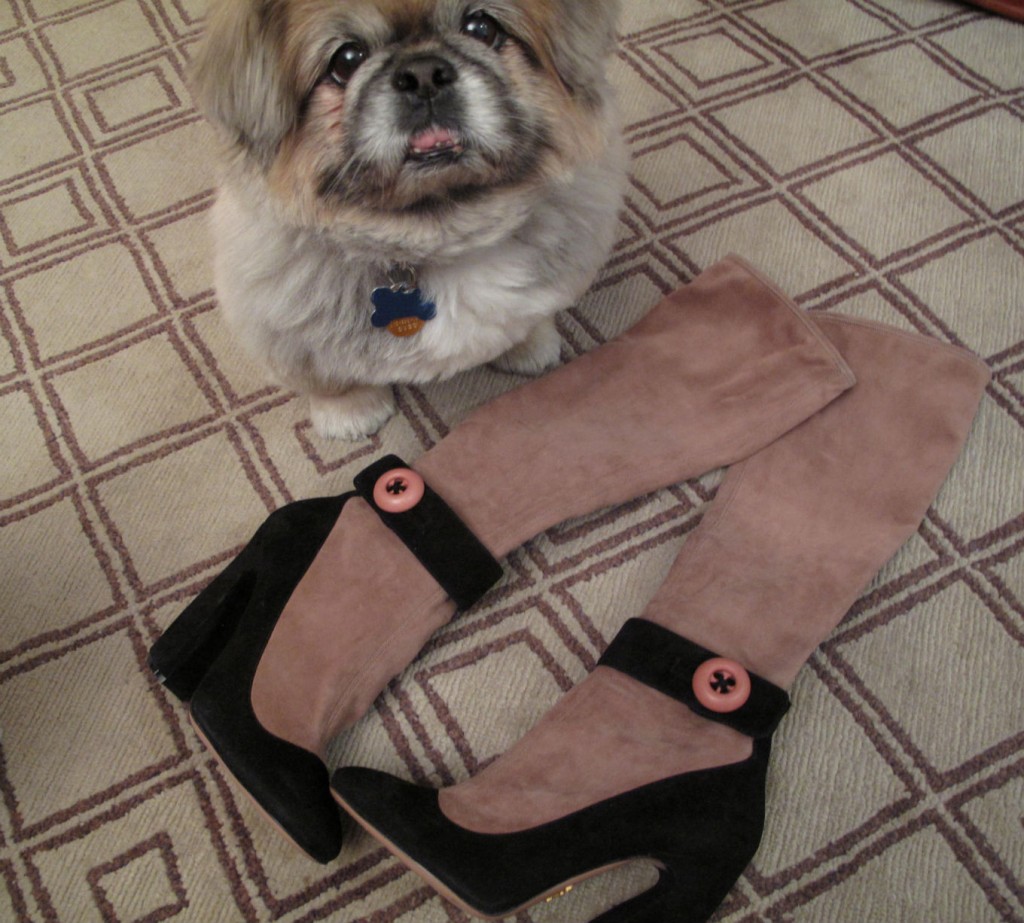 I tried on the boots in the store while wearing my uniform of jeans, black t-shirt and interesting jacket. Everything seems to go so well with that! Last night, I realized I had no idea what else I could wear with the boots, so I hurriedly put on a lot of black. I couldn’t decide if the blush-tone suede made me look like I was wearing knee socks, or like I had unnaturally thick leg skin. Also, my knees looked as uneven as the surface of the moon next to the suede. Over all, I felt a little silly. I don’t mind looking silly if I’m doing it intentionally, but I wasn’t aiming for silly last night. 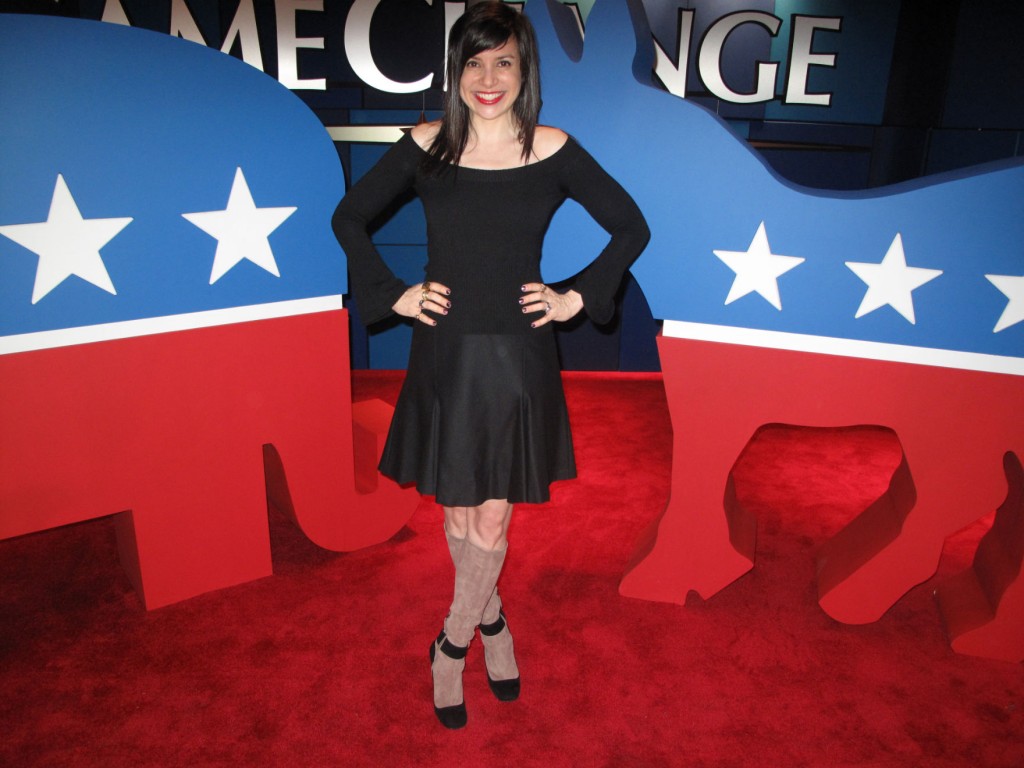 I’ll have to come up with a different look for the boots’ next outing — something with tights, as much as I hate to wear those. Got any ideas? Leave them in the comments.

You might also like
Mad Men and Gladiators
What Wendy Wore: Ossie Clark at Lincoln Center
I Feel So Incomplete
Previous Post: « Need a Laugh? Try Stewie and Peter From Family Guy.
Next Post: March’s Manicure by Tracylee Percival »