Life Magazine, the photojournalism magazine, was launched as a weekly publication by Time Magazine owner Henry Luce in 1936. When I worked at People Magazine, which was started many decades later by the same corporate parent, I was based in the Time-Life building.

The weekly version of Life was shut down in 1972, but the magazine came back as a monthly in 1978 and continued till 2000, when it was shut down again. The brand survives on the Internet.

Some of the most famous photographs ever taken were first printed in Life, including Alfred Eisenstaedt’s photo of a sailor kissing a nurse in celebration of the end of World War II. 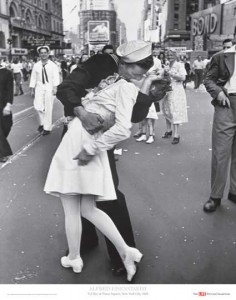 Given Life’s impressive history, my heart nearly jumped out of my chest when I recently saw a September 2008 Fashion Week photo of me on the website. 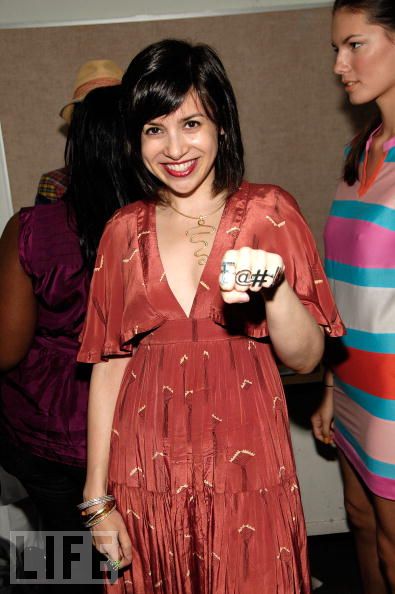 UPDATED TO ADD: In addition to the Wendy Brandes for Francis swear rings, I’m wearing my own Cleopatra necklace and my one-of-a-kind onyx, tsavorite and diamond skull ring. The dress is an Ossie Clark I’ve worn many times.