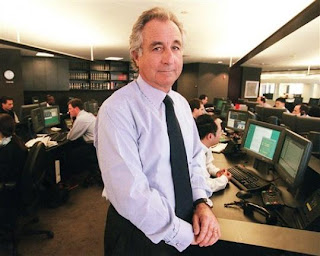 Unfortunately for those who eagerly seek proof that the end is nigh, that list of miseries was not created for our time, but was used by the late James Westfall Thompson to describe the aftermaths of both the Black Death of the 14th century and World War I. The author Barbara W. Tuchman found Thompson’s list equally applicable to the 1970s, citing it in the foreword to her book, A Distant Mirror: The Calamitous 14th Century along with a quote from Voltaire: “History never repeats itself, man always does.” 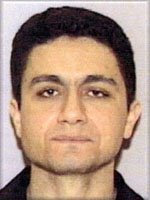 If you’re feeling panicky over the state of the world, A Distant Mirror is my prescription for what ails you. Even if you’re daunted by the idea of reading close to 600 pages on the 14th century, just pop by your local bookstore or library to read the eight-page foreword. (To steal the monkey/typewriter/Shakespeare theorem, if you put a political blogger at a computer keyboard for long enough, the blogger might someday produce something as smart as Tuchman’s foreword … but I doubt it.) Tuchman, writing in 1978, says, “If our last decade or two of collapsing assumptions has been a period of unusual discomfort, it is reassuring to know that the human species has lived through worse before.” 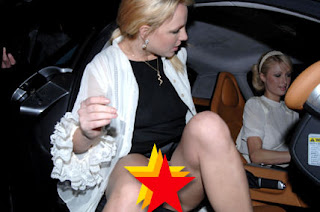 Those of us who spend too much time poring over the news can take comfort from Tuchman’s humorous reminder that “the normal does not make news”:

One thing Tuchman is concerned with in introducing her book is that it might be difficult for modern readers to empathize with the values of the Middle Ages in Europe because of the “omnipresent, indeed compulsory” beliefs of Christianity, which called for a mostly impossible renunciation of many basic qualities of human nature. The failure to renounce money, possessions, love and sex was seen as causing God’s displeasure, which was then shown through plague and war, among other things. But I don’t find this much different from Al Gore’s notion, expressed in his Nobel Prize acceptance speech, that, “Without realizing it, we have begun to wage war on the Earth itself. Now, we and the Earth’s climate are locked in a relationship familiar to war planners: ‘Mutually assured destruction.’ It is time to make peace with the planet.” Once again, we’ve been bad and punishment is due. 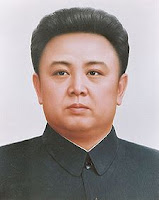 I think it’s easier for people of the modern era to understand the Middle Ages than Tuchman realizes, as long as we let go of the notion that, thanks to society’s progress, we now have all the answers. Christians of the Middle Ages ardently believed that their ailments, wars and natural disasters were just desserts for their sins, rather than the result of germs, bad government by absolute monarchs and random climate changes. Religion told them so. Many people today still see God’s hand in all earthly woes. But others have developed the kind of blind faith in science that used to be reserved for religion. (I’m always amused by the notion that human industry is 100% responsible for fluctuation in the earth’s temperature, which doesn’t explain the pre-human Ice Age or the pre-industry Medieval Warm Period and Little Ice Age.)

To me, it seems like the ultimate narcissism to presume that all misery can be chalked up to our own behavior. But humans don’t like the notion that bad things can happen to good people, or that good things can happen to bad people. It’s too frightening. A clinical psychologist named Edward J. Hickling summed it up well in a recent Washington Post story on people who accidentally leave their children in hot cars: “Humans, Hickling said, have a fundamental need to create and maintain a narrative for their lives in which the universe is not implacable and heartless, that terrible things do not happen at random, and that catastrophe can be avoided if you are vigilant and responsible.” Think of what your first question is any time you hear that someone has lung cancer: “Did s/he smoke?” If the answer is yes and you’re a non-smoker, don’t you breathe a non-smoky sigh of relief? It can’t happen to you! The cancer is all his/her own fault! If the answer is no … hmm. Well, there must be another good reason — asbestos in the elementary school walls! local smog problem! stress! — and it still can’t happen to you. Right?

Keep all this in mind for next week, when I get back to Tuchman’s book on 14th century Europe, a time and place where people still got cancer even though neither tobacco nor artificial hormones existed, and a quick death from plague was the best and only cure.

You’ll be stone dead in a moment!