For 20 years, I’ve been fascinated by Patrick Kelly, the designer of my controversial leopard-print dress.

Kelly designed his own label from 1985 to 1989. He died of AIDS on New Year’s Day in 1990 at the age of 35. (At the time, the death was attributed to bone marrow disease and a brain tumor, but since then his partner has confirmed that the cause was AIDS). Kelly was a gay black man from Mississippi without formal training, whose stretchy, button-decorated clothes were inspired by his grandmother’s sewing. He became the first American member of the Chambre Syndicale du Prêt-à-Porter (the governing body of the French ready-to-wear industry). 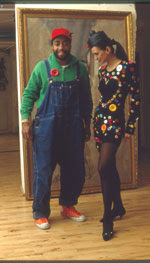 Kelly went to Paris in 1980, when the model Pat Cleveland anonymously gave him an airplane ticket. He worked for Paco Rabanne, catered and put on guerrilla fashion shows until 1985, when French Elle did a major spread on him. Kelly’s career took off. 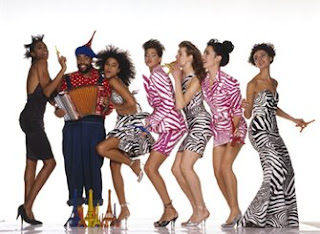 Another big break came in 1987, when actress Bette Davis, then pushing 80, appeared on the David Letterman show in one of Kelly’s ultra-tight dresses. I wish I could find a clip of this appearance on YouTube. (It is available on one of the David Letterman “best of” DVDs.) Davis made a special point of showing off the dress and talked up Kelly so much, that Linda Wachner of Warnaco immediately signed on as a financial backer. Hmmm! People always tell me, “It takes seven years to become an overnight success.” I guess they’re right. 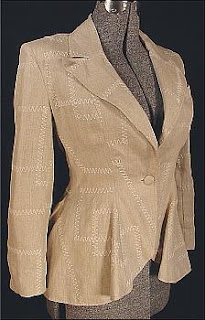 A Kelly jacket, available at AntiqueDress.com

Kelly had an enormous collection of black memorabilia, including “Mammy” and “Aunt Jemima” dolls. Always willing to provoke people, Kelly used those racial images in his work, incorporating a “golliwog” caricature into his logo. He also gave out little black baby-doll pins by the thousands. 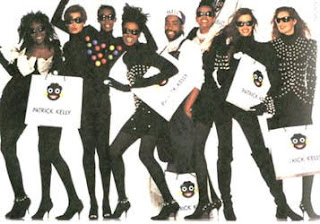 Kelly with models holding his “golliwog” bags
Photo from Cyberstyle

According to the New York Times, Kelly said, ” ‘I don’t know if the N.A.A.C.P. would like my dolls’- the organization didn’t, and took objection to the golliwog logo on his label and shopping bags — ‘but they give me pleasure.’ ” 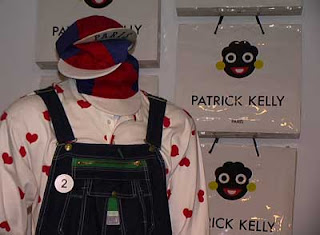 Kelly said he used the images because they brought up important issues about racial stereotyping. Clearly, he accepted them as part of black history. As a history buff myself, I know that a lot of the past is very unpleasant, but there is no sense denying it. As Kelly put it, “If you don’t know where you’ve been, you can’t go too far.” Or, as I put it, “While it was a good idea for a 7th century Chinese empress to kill her relatives, family-murdering is now unacceptable behavior. Unless you’re a character on the Sopranos. In which case, I totally support you because Christopher had it coming.”

Getting back to Kelly, he once mused to Essence magazine: “Recently somebody Black told me they were harassed about wearing the Black baby-doll pin. And I thought, you can wear a machine gun or a camouflage war outfit and people think it’s so chic, but you put a little Black baby pin on and people attack you.” 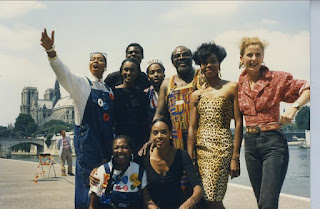 Kelly and pals
Photo from One Touch Ministries

Kelly’s runway shows were fabulous, exuberant affairs. Click here for a Fashion Television report on Kelly, including great show clips. Tell me you don’t wish more shows were like that now! 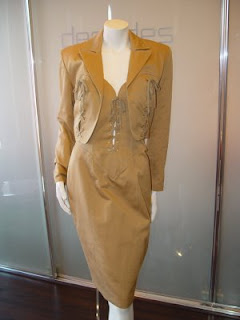 A Kelly dress and jacket from Decades

Obviously, Kelly was in business for such a short amount of time that you can consider yourself quite fortunate if you find one of his pieces. Here are a few more examples. 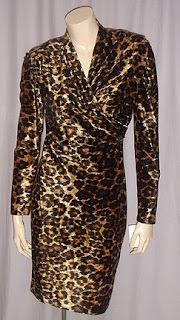 Dress (sold, sorry!) from the same season as my gown.
Picture from Swank Vintage 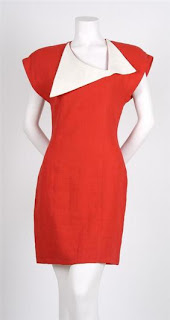 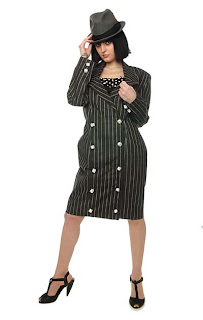 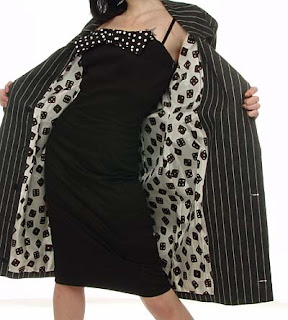 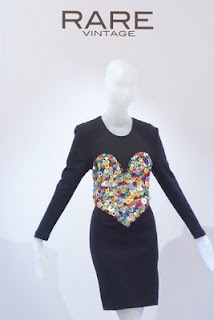 One of the famous button dresses
Available at Rare Vintage
I’ll eventually do more posts on my favorite vintage designers. In the meantime, here are the ones I’ve already done.

Oh, and one more thing. Let’s reflect on that Bette Davis story again. She was rocking the stretchy dress — and she was almost 80. EIGHTY, people! I bet someone tried to tell Bette that the dress was “too young for her” and she killed the bitch. Then she washed the blood off her hands and had a nice chat with Dave.

UPDATED MAY 23, 2012 TO ADD: Thanks to The Wow Report for finding this great shot of Bette Davis wearing Patrick Kelly. 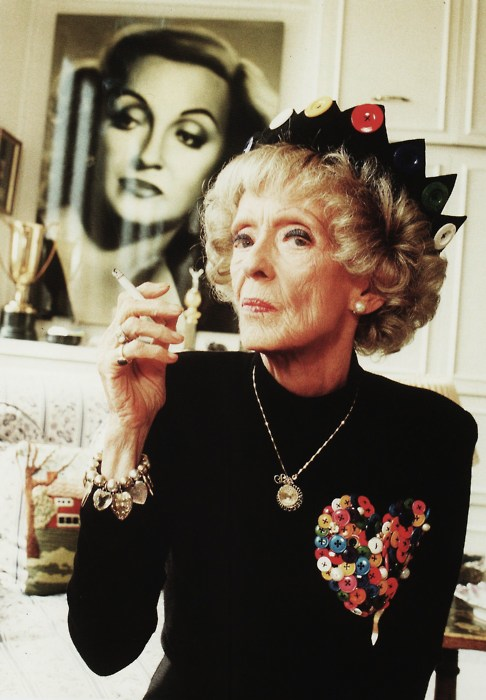