Last night I dreamed that I was working with Paul McCartney on his new album, but he was so unappreciative of my efforts that he snubbed me in an elevator full of people. Then, suddenly, I was writing about the incident in a term paper that employed an incorrect footnote style. Next thing I knew, I was in a car with the cast of Sex and the City, trying to justify the footnote thing to them.

Feel free to analyze that bit of insight into my psyche. Personally, I got nothing out of it, except a reminder that I wanted to share Jane Asher‘s rose with you. 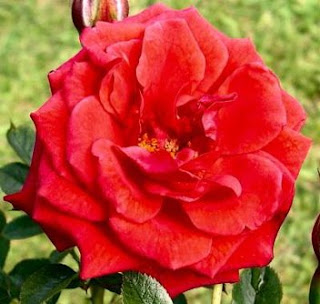 UPDATED TO ADD: I was very sad to see that Beatles employee Neil Aspinall died of cancer, but amused by the number of stories that refer to him as the “fifth Beatle.” There have been quite a few fifth Beatles, including Pete Best, Stu Sutcliffe and Brian Epstein. If everyone else gets to be a fifth Beatle, I think I should get to be a fifth Beatle too. Ooh! Maybe that’s what my dream was about.