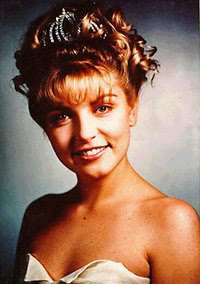 Who killed Laura Palmer?
In 1990, I was totally obsessed with David Lynch’s show Twin Peaks. Set in the eerie fictional town of Twin Peaks, Wash., it starred Kyle MacLachlan, who might be more familiar to you youngsters as Trey on Sex and the City and Orson on Desperate Housewives. He played Dale Cooper, an FBI special agent with a yen for homemade cherry pie, who was investigating the murder of local Queen Bee teen Laura Palmer. In addition to a naked dead girl wrapped in plastic, the town featured pleasures and oddities such as “damn fine coffee” (when there wasn’t a mysterious fish in the coffee pot), a lady with a pet log, a dancing dwarf and a pre-X-Files David Duchovny as a transvestite DEA agent.

The character who has really stuck with me all these years is naughty high-school girl Audrey Horne, glamorously played by red-lipsticked Sherilyn Fenn in tight sweaters, plaid skirts and saddle shoes. She was a style icon, there’s no doubt about it.

Audrey was the daughter of the richest guy in town, and just a wee bit off-kilter in a dreamy kind of way. I can’t find the clip of her tying a cherry stem into a knot with her tongue, but I did find a clip of her strange and provocative dance in the diner. This short scene is oh-so-very David Lynch. The girl watching Audrey with a dubious expression is a young Lara Flynn Boyle, who played good girl Donna Martin.

I can’t really pull off Audrey’s sexy schoolgirl look, but I’m committed to the red lipstick.

While Twin Peaks deteriorated in the second season, the first season is so worth watching. It was truly groundbreaking, and shows like Lost wouldn’t exist without it. One scene you really want to see is Audrey’s dad Benjamin eating Brie and baguettes brought from Paris by his brother. The two of them moaning and groaning through mouthfuls of food actually made people call in and complain. Apparently, America wasn’t ready for cheese sex.

UPDATED MAY 2, 2011, TO ADD: Sherilyn Fenn blogs occasionally here, which is how I found out she shaved her head. 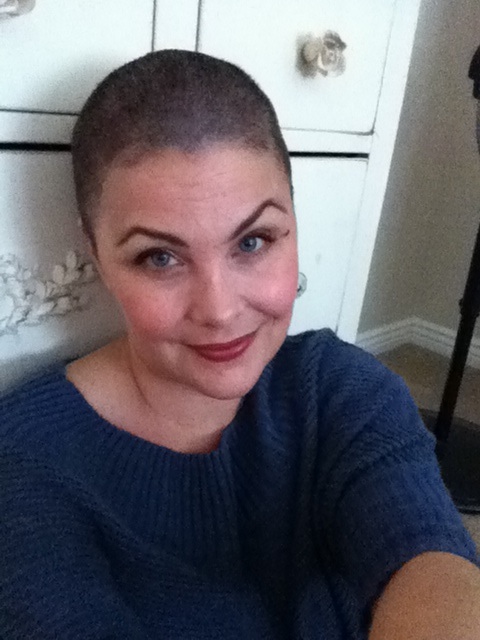 You might also like
Thankful for Press Freedom
Throwback Thursday: Lexi's Versace, 10 Years Ago This Month
How Tiffany Haddish Got One Woman on Inside Edition
Previous Post: « The Footwear Creeps in on Little Mouse Feet
Next Post: Just in Time for Fall: Primavera Rings »